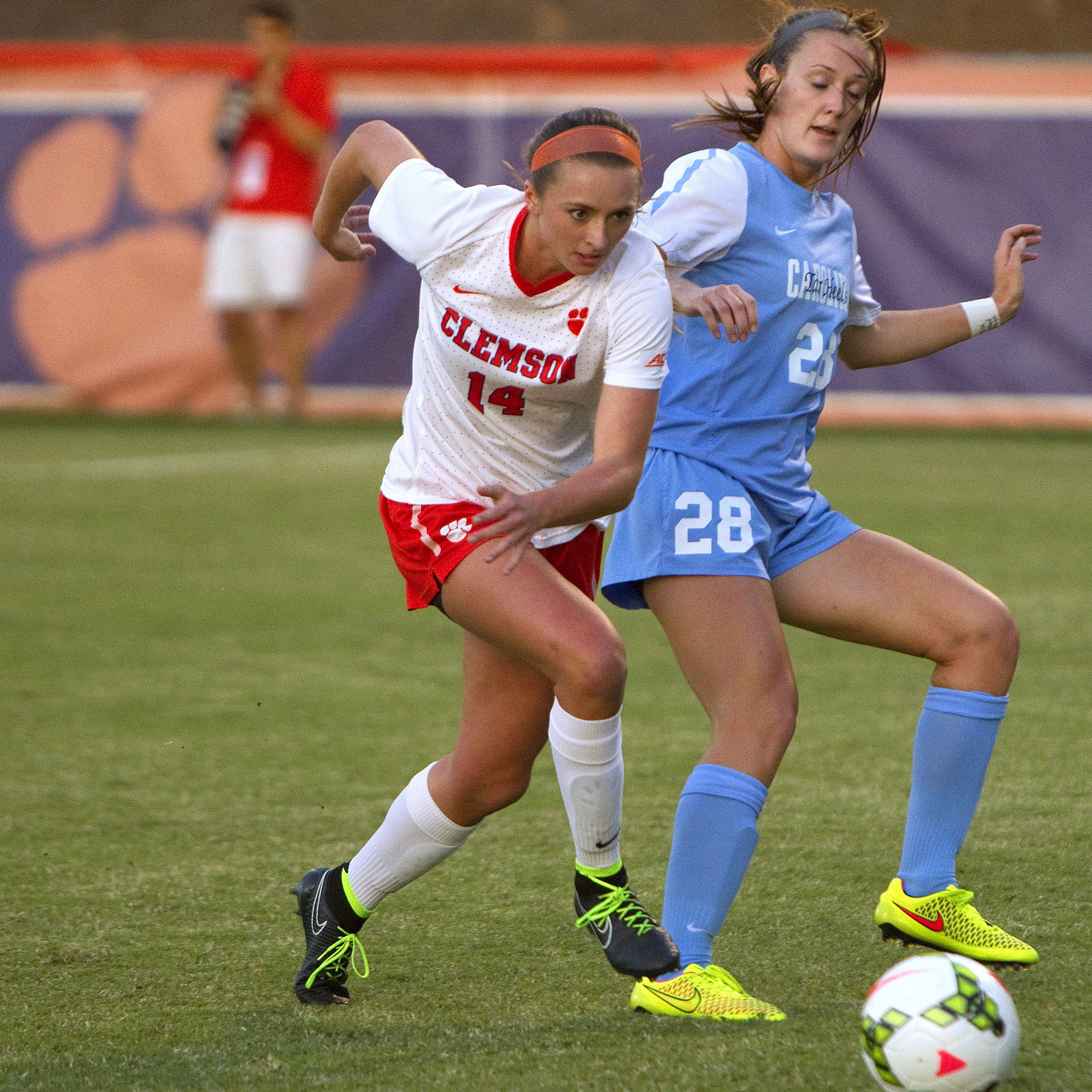 CLEMSON, S.C. – The 16th-ranked Clemson women’s soccer team lost a hard-fought contest to eighth-ranked North Carolina 2-1 on Thursday night at Historic Riggs Field. With the loss, Clemson falls to 7-2-1 and 0-2-0 in the ACC, while North Carolina improves to 5-2-1 and 2-0-0 in conference play.

North Carolina scored early when Summer Green’s corner kick was headed in by sophomore Joanna Boyles in the fourth minute of play. The goal gave the Tar Heels a 1-0 lead, a lead that they would take into halftime.

Clemson freshman Salma Anastasio tied the game at the 67:28 mark after a Savannah Coiner shot was blocked and deflected right to Anastasio who snuck it by UNC goalkeeper Lindsey Harris. The goal was the fourth of the season for Anastasio, giving the Tigers three players with four goals on the season.

North Carolina forward Megan Buckingham put the Tar Heels back in front less than 10 minutes later on a header from six yards. Jewel Christian sent a cross in from the left side, which was flicked by Paige Nielsen on to Buckingham for the score.

The game was even throughout, with both teams taking 11 shots and garnering two corner kicks. Kailen Sheridan posted three saves in goal for the Tigers, while Bryane Heaberlin and Harris combined for six saves for the Tar Heels.

Clemson returns to action Sunday, Sept. 28, when the Tigers play at Boston College at 1 p.m.