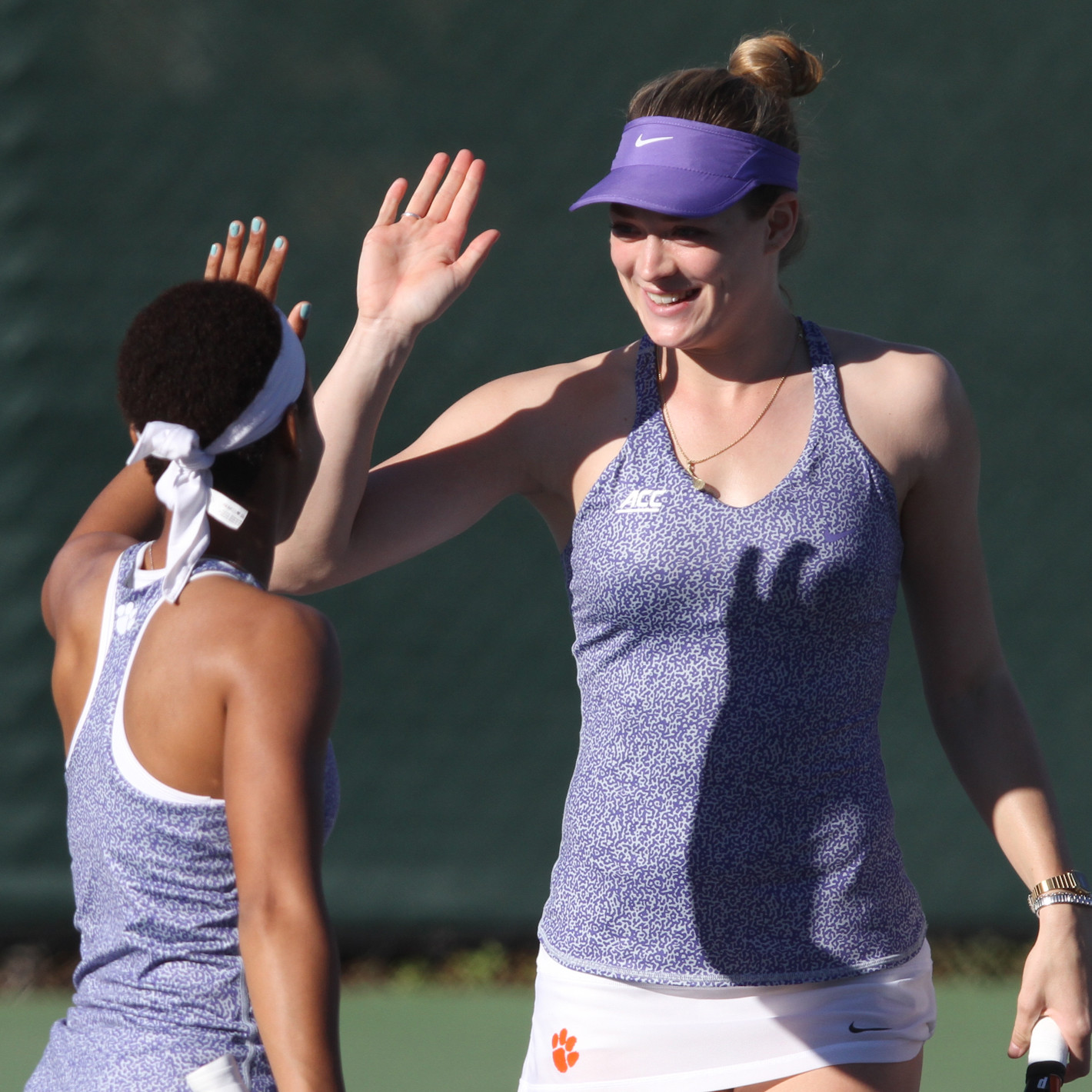 CLEMSON, S.C. – Clemson senior Romy Koelzer, ranked 43rd nationally, defeated the number-one singles player in the country on Friday afternoon, but the 15th-ranked Tigers ultimately fell 4-3 to No. 8 Virginia at the Hoke Sloan Tennis Center. With the loss, the Tigers fell to 9-6 overall and 4-2 in the ACC, and Virginia improved to 12-5 and remained undefeated in conference play at 5-0.

The Tigers lost the doubles point for just the third time this season. Romy Koelzer and Tristen Dewar, ranked 78th, fell to No. 23 Mercer and Morton on court two to start the match. The number one duo in the country, Beatrice Gumulya and Jessy Rompies , then won 8-2 on court one after starting the match down 0-2. Elbaba and Epstein clinched the doubles point and the 1-0 lead for Virginia with an 8-5 defeat of the Tigers’ Joana Eidukonyte and Daniela Ruiz.

In singles action, Clemson’s highest ranked player, No. 24 Eidukonyte, quickly evened the score with a 6-4, 6-2 win at No. 3 over No. 25 Stephanie Nauta.  No. 43 Koelzer gave Clemson the lead with a huge 6-4, 6-1 win over the top player in the country in Virginia’s Julia Elbaba. Elbaba was on a five-match win streak and was undefeated in conference play entering the match. Rompies won on court five 7-5, 6-2 to make it 3-1 Clemson, before Dewar fell at No. 4 and Ruiz fell in three sets at No. 6, evening the score at three all.  Gumulya, ranked 95th nationally, put up a valiant effort against 30th-ranked Danielle Collins, but eventually fell in three sets,  4-6, 6-3, 4-6.

The Tigers hit the road next, and return to the court Sunday at Syracuse at noon.  Syracuse is 6-6 overall and 1-5 in ACC play. The Orange play No. 1 North Carolina Friday at 3 p.m. before hosting the Tigers.