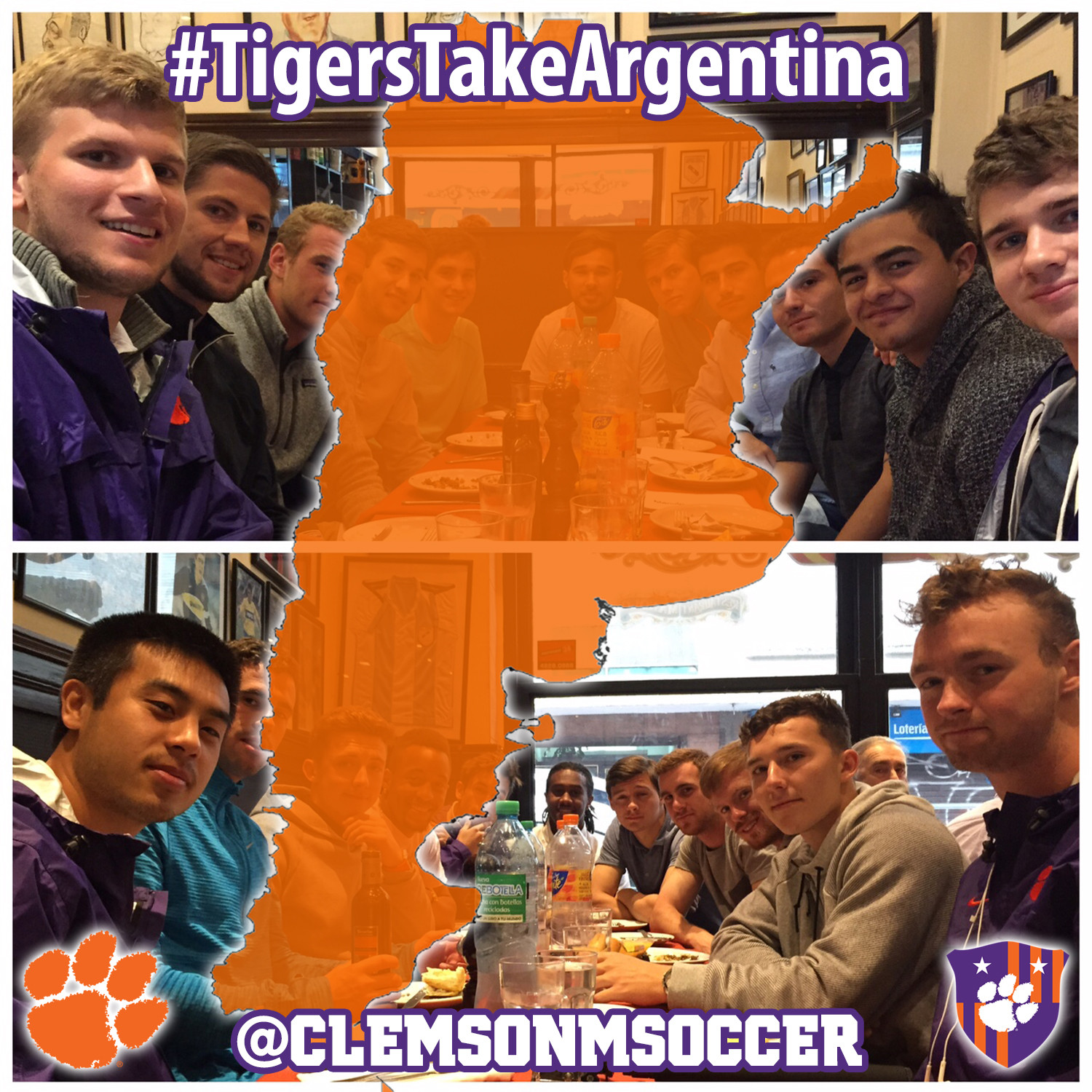 After a late night last night, we slept in a bit this morning. A group of staff and players went to mass at Buenos Aires Metropolitan Cathedral, which we saw earlier this week on our city tour, and which is the main Catholic Church in Buenos Aires. The mass was obviously offered in Spanish, so, not everyone in the group understood the sermon, however, they all appreciated being able to experience mass in a different country and in a beautiful church with so much history. Coach Noonan also noted that there are a lot of things about a church service that are in a universal language.

We went out for lunch, to Restaurant Manolo in the San Telmo neighborhood, and after lunch, we had two pro games on the schedule. Senior co-captain Austen Burnikel shared his thoughts on the experience:

Today we were fortunate enough to attend two more Primera division games. The first game we attended was between Argentinos Juniors and Lanus. The environment for this game was much different from the previous night’s River Plate game. For Argentina Jrs, a lot was on the line. With a draw or a loss, they would be relegated from the first division. The crowd and the stadium was much smaller, but the crowd was still relentlessly banging drums and singing all the way through. Unfortunately, Argentina Jrs drew the game, and will be relegated.

After the game was over we got straight on the busses and off to Boca Juniors at Estudiantes. The environment in this game was different, as one of the teams had something to play for. With a win, Estudiantes would put themselves in strong contention for the league title. Unfortunately, Boca Jrs had played a game on Thursday, and were resting many starting players, including the infamous Carlos Teves. During the game, the entire team got to experience choripan (a sandwich with chorizo that is popular in Argentina). The game finished off 3-1 in favor of Estudiantes, putting them right in the hunt for the title as the season comes down to the wire. After two full games, great food and hours of walking and singing with the fans, the guys are exhausted. The crazy thing is that we are just getting back to the hotel, and walking in for dinner at 11:30 pm! I guess you could say we are becoming more accustomed to the Argentinian ways!