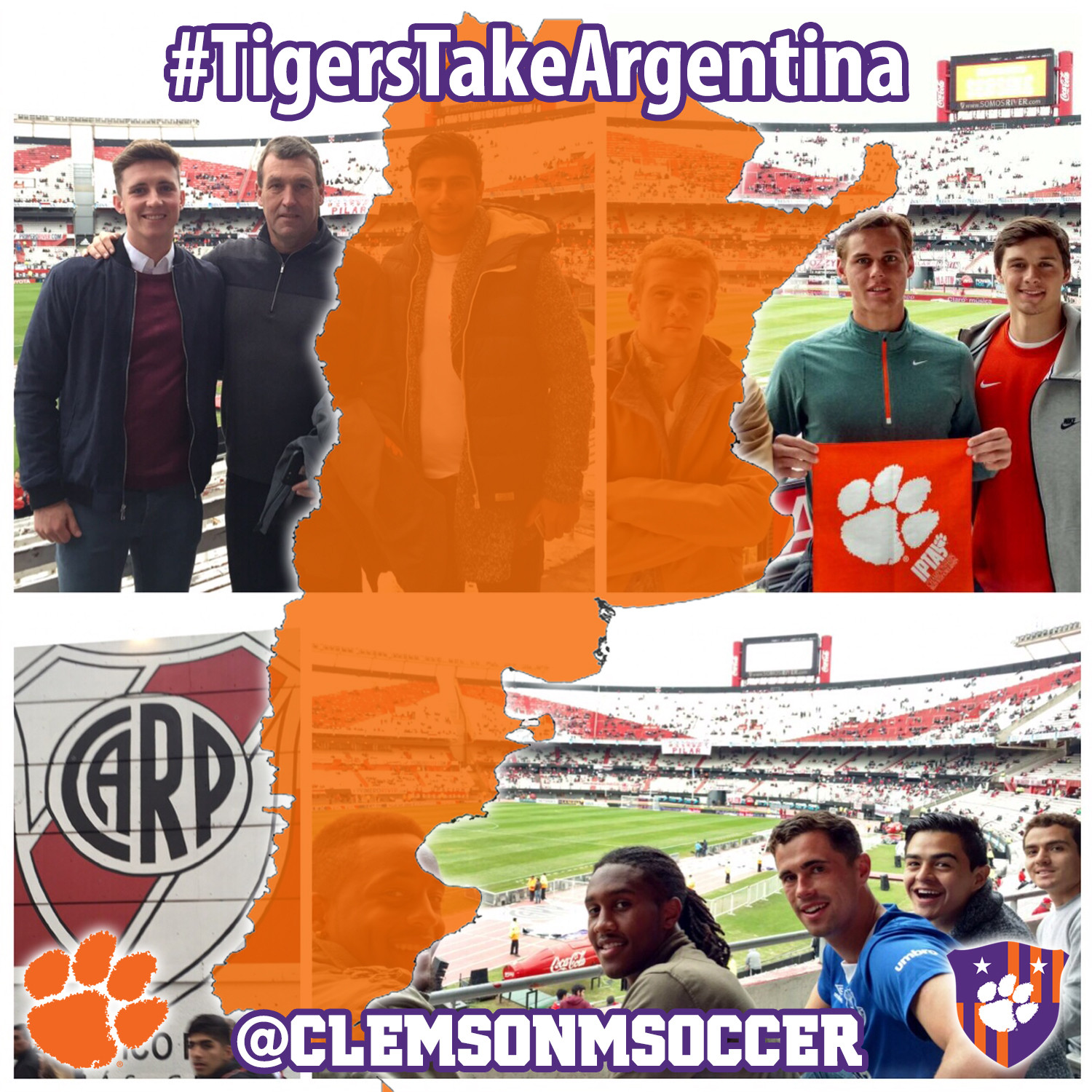 The day started with our second scrimmage of the trip, a 1-1 draw against Racing Club de Avellaneda. Below is a recap:

“I’m very proud of the way we played, particularly, the energy and enthusiasm we showed playing our second game in three days,” said Head Coach Mike Noonan. “Our opposition once again presented a great problem for us to solve, and I think we did well. After giving up for goals just two days ago, to give up just one, in injury time, was outstanding.”

Aaron Jones scored the lone Clemson goal 15 minutes in to the second half. The goal came on a long free kick from the left side, and gave the Tigers a 1-0 lead. The Tigers kept RCA off the board for 90 minutes, but RCA scored the equalizer during the three-minute injury time. The Clemson defense was stingy throughout the game and Brady Allardice played well in goal, saving three RCA shots.

Clemson plays the third scrimmage of its Argentinian tour on Tuesday, May 17 versus Estudiantes de La Plata.

In the afternoon, we headed out to watch our first professional soccer game of the trip, at El Monumental, the home of River Plate, which is in the Nunez neighborhood of Buenos Aires. Before the game even began, the River Plate fans started singing and chanting, along with the beat of drums that were played by a few fans in the stands. And once the singing and chanting started, it did not stop, not until several minutes after the game ended (which, incidentally, was a 1-0 victory for River Plate).

The coordinated and dedicated effort by the fans was incredible. There is simply no comparison to the atmosphere in all of American sports. The River Plate stadium seats over 65,000 people, and while it was not quite full for today’s game (it was a regular season game without a huge bearing on league results), at times, there were up to 40,000 people singing and cheering in unison for this team that they love with all their hearts and have followed for all their lives. (It’s impossible to do the atmosphere justice with words, so be sure to check out some of the videos that are posted on Instagram and Twitter, @ClemsonMSoccer.)

After the game, our entire group was invited to a barbecue by the organizer of our trip, Ricardo Ansaldi, who owns Premier Soccer Tours – Argentina. Ricardo, his wife July, his daughter Catalina and the rest of their family and some of their friends hosted the barbecue, which was held at a beautiful home in Buenos Aires. It was a special night. Of course the food was amazing, with all the delicious steak you could eat, but the fellowship, the storytelling and the generosity of our hosts were what really made the evening one to remember.