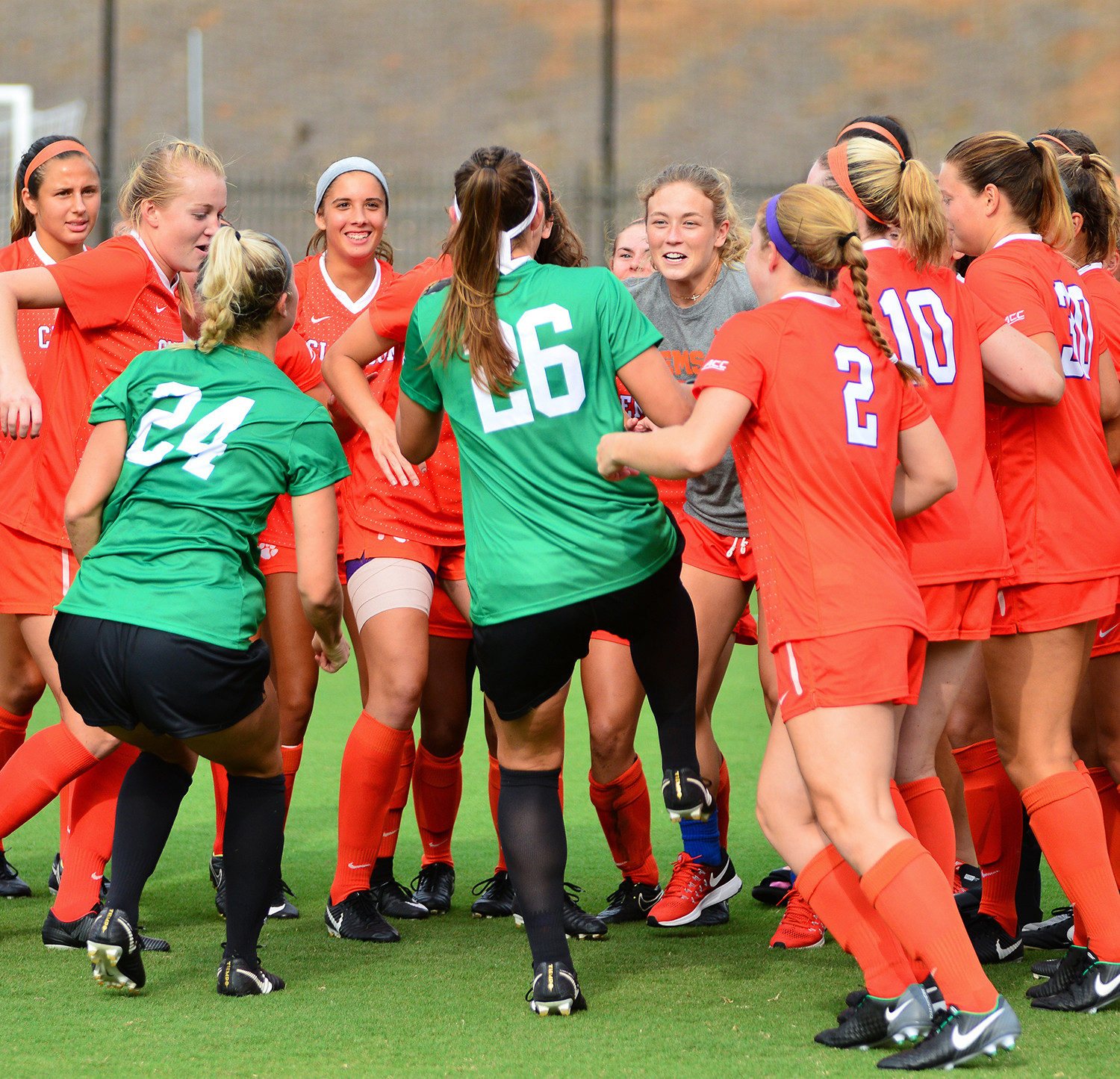 CLEMSON, S.C. – The Clemson women’s soccer team hosts its second and final exhibition match of the 2017 preseason on Friday, Aug. 11 against Duke. The #13 Tigers and #12 Blue Devils face off at 6 p.m. Friday evening at Historic Riggs Field.

The Clemson team is coming off a 4-2 exhibition win over Air Force on Aug. 8 at Riggs. Freshman Mariana Speckmaier scored twice, while junior Patrice DiPasquale and sophomore Julie Mackin each netted one goal in the contest. Sophomore Melanie Stiles and freshman Maddie Weber split time in goal in the Tiger victory.

The two teams will not play in the ACC regular season during the 2017 season and have faced off 24 times in school history. Clemson leads the overall series, 12-11-1 with the Tigers winning 1-0 in 2016, a win that secured the ACC Regular Season Championship title.

The Tigers return three starters from the 2016 ACC Regular Season title team, including junior and 2016 All-ACC selection Sam Staab. Eddie Radwanski’s team finished 14-5-4 in 2016 and advanced to the NCAA Sweet 16.

The Blue Devils return 10 starters from the 2016 including nine of the top 11 goal scorers from last year’s team. Duke will welcome eight freshmen to the squad in 2017. The team finished with a 15-5-3 overall record, and was 7-2-1 in the ACC.

Clemson kicks off the regular season Aug. 18 as they face SIU Edwardsville at the Hoosier Challenge Cup in Bloomington, Ind. The Tigers return home on Aug. 25 and face SEC foe, Auburn at 7:30 p.m. in their first home match at Historic Riggs Field.