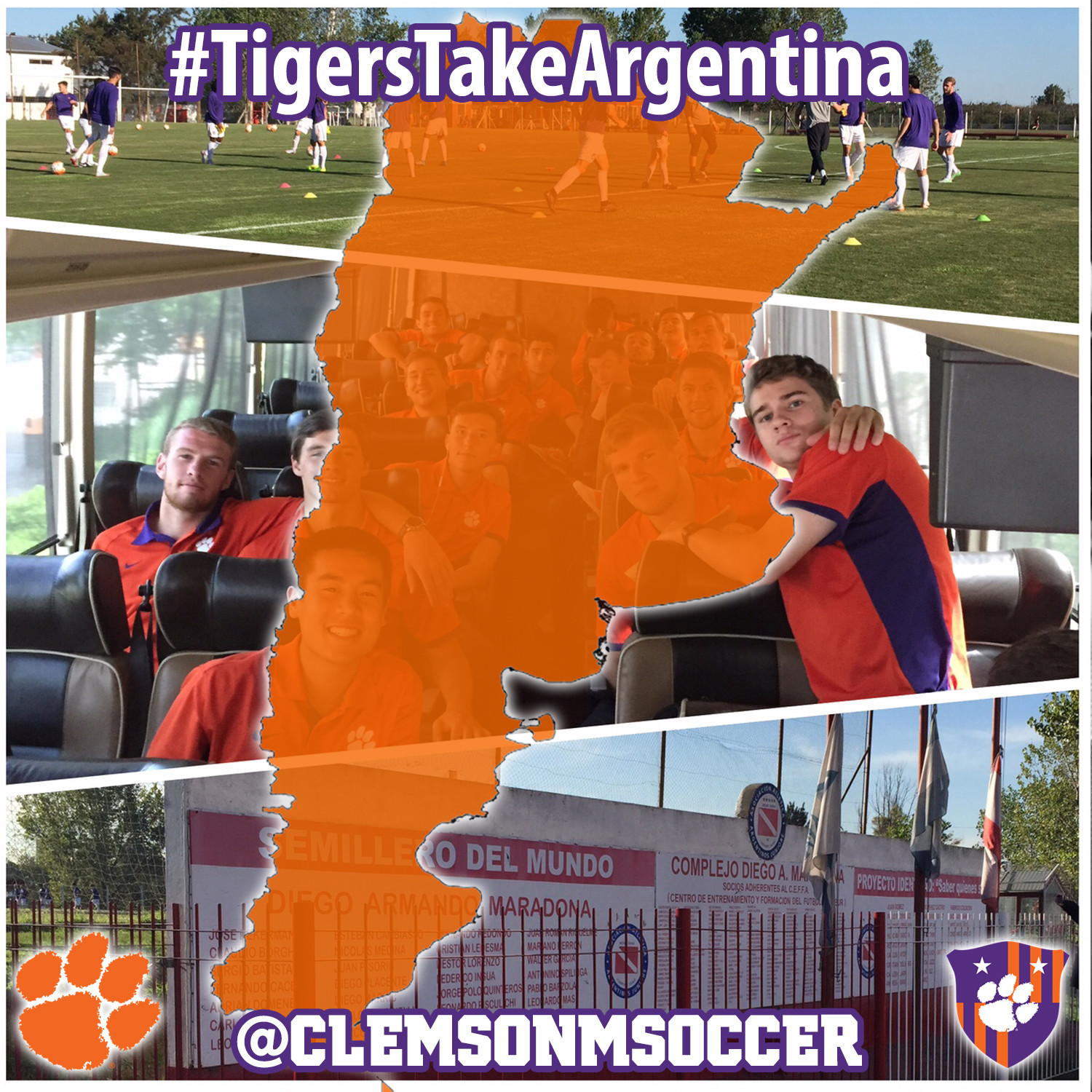 We arrived in Buenos Aires early this morning. The trip took a total of 19 hours, starting with a bus trip from Clemson to Atlanta and a flight from Atlanta to Dallas, before the 10.5-hour flight from Dallas to Buenos Aires. Most of us were able to get at least some sleep on the plane, which made the flight pass by more quickly than you would think.

It was 7 a.m. Argentina time when we landed (6 a.m. Eastern time.) By the time we made it through customs, it was rush hour, which made our trip from the airport into the city (where our hotel is) over an hour. We had a quick breakfast and a few hours to rest before it was time for lunch and our first training session of the tour. We trained at a facility belonging to Argentinos Juniors, a club that is known for developing some of the most famous, world-class players, most notably, Diego Maradona.

We had an early dinner tonight. In fact, 7:30 p.m. is actually considered a VERY early dinner, as we’ve learned that Argentinians often dine after 9 p.m. on weeknights, and many times, after 11 p.m. on weekends! One other thing we’ve learned…there is A LOT of traffic here. Not only that, but drivers aren’t afraid to change lanes and try to squeeze their vehicles into very tiny openings in traffic. In addition, there are many people traveling the city streets on mopeds, and they also weave in and out of traffic with reckless abandon!

We play our first scrimmage tomorrow (Thursday) morning at 10 a.m. We’ll face a select team made up of reserve U-19 and U-18 players from San Lorenzo de Almagro. San Lorenzo de Almagro’s first team is one of the top first division teams in the Argentinian league. Two years ago, they won the Copa Libertadores, qualifying for the Club World Cup Championship.

Tomorrow afternoon, we’ll take a more extensive tour the city of Buenos Aires (on foot and by bus). Don’t forget to follow us on Instagram and Twitter, @ClemsonMSoccer, for updates throughout the day!