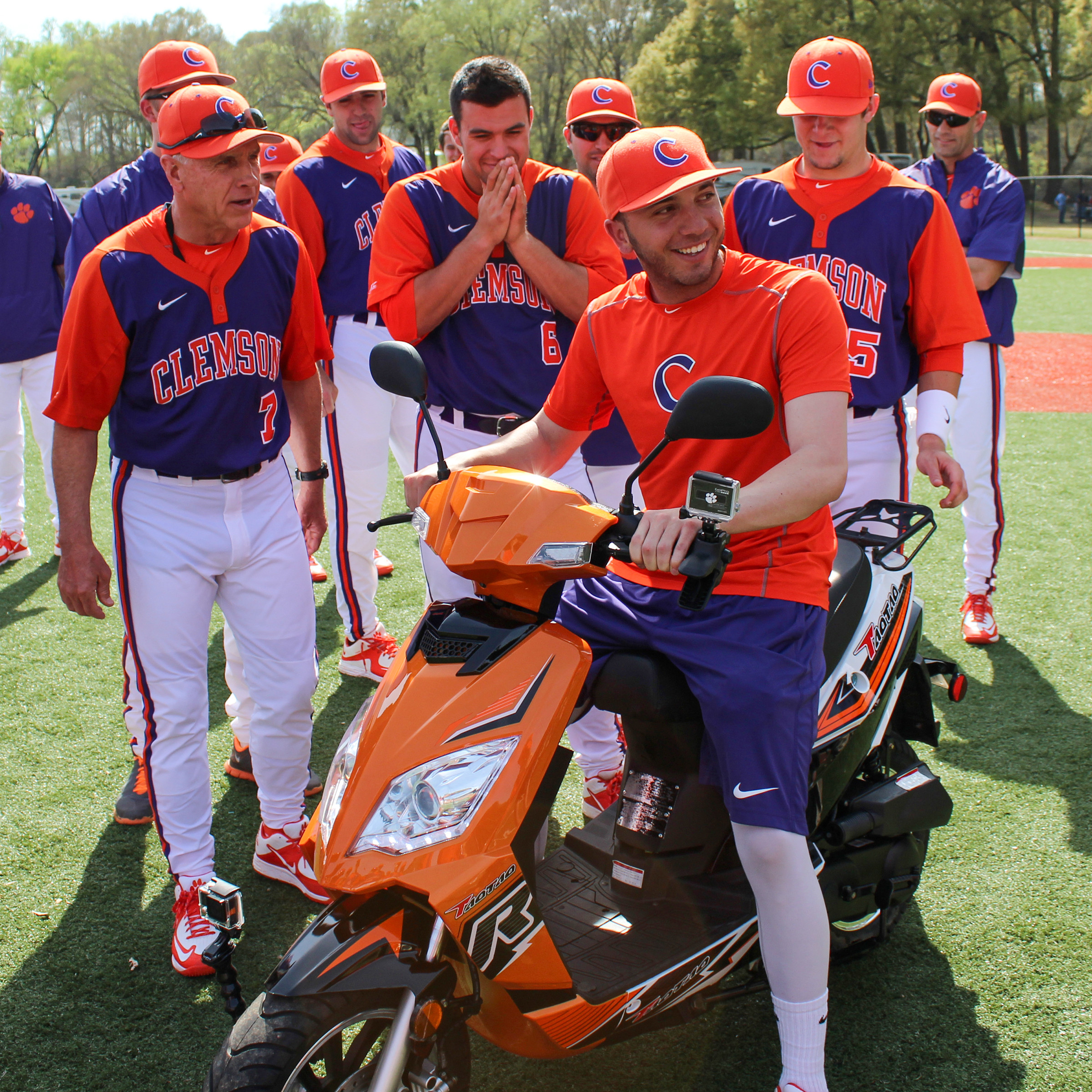 We have all heard the phrase, “It’s better to give than to receive,” and the Clemson baseball team learned exactly what is meant by this expression this past week.

On Sunday, March 29, following the Tigers’ 6-2 win over Wake Forest that afternoon, junior student equipment manager Zach Leal had his moped stolen from his on-campus apartment.

What most people may not realize is that Zach found his way to Clemson all the way from Rancho Cucamonga, Calif. The town, located 37 miles east of Los Angeles, is home to former Clemson baseball commit Dave Coggin’s gym for professional and amateur athletes.

When Zach was looking to go to school somewhere on the East coast, Coggin mentioned how Clemson is a special place. When Clemson was the first school to respond to Zach’s application, his decision was made.

Because Zach is from the other side of the country, he does not have a car with him in Clemson, so his moped was his main form of transportation. Without his moped, he would have to ride the bus to the baseball field to volunteer his time with the baseball team and then hitch a ride back to his apartment.

Zach is one of five student equipment managers, but he, unlike the other four managers, does not receive any scholarship money for his hard work and countless hours spent with the team.

Upon hearing what had happened to Zach, the players and staff wanted to find a way to support him and show how much they appreciate his diligent work.

When the team captains first heard of the idea, they responded with comments like, “No brainer,” “Couldn’t agree more” and “Sounds like a great idea…let’s do it!”

With every student-athlete, bullpen catcher, manager and coach pitching in, the team was able to raise enough money to buy a new moped for Zach.

Prior to Friday’s game against North Carolina, the team surprised Zach with his new moped. Head coach Jack Leggett gathered the team on the practice field behind the outfield fence at Doug Kingsmore Stadium, then Brad Owens drove the moped up behind Zach. After a few seconds of disbelief, Zach realized why all the cameras were there.

All across campus, you hear people talking about what a family you have when you come to Clemson. The Clemson baseball team has accepted a young man from California, who wanted to come to the East coast to see something new, into this family that we all are lucky enough to be a part of.

And we have all realized how a small sacrifice can be an incredible gift to someone else.