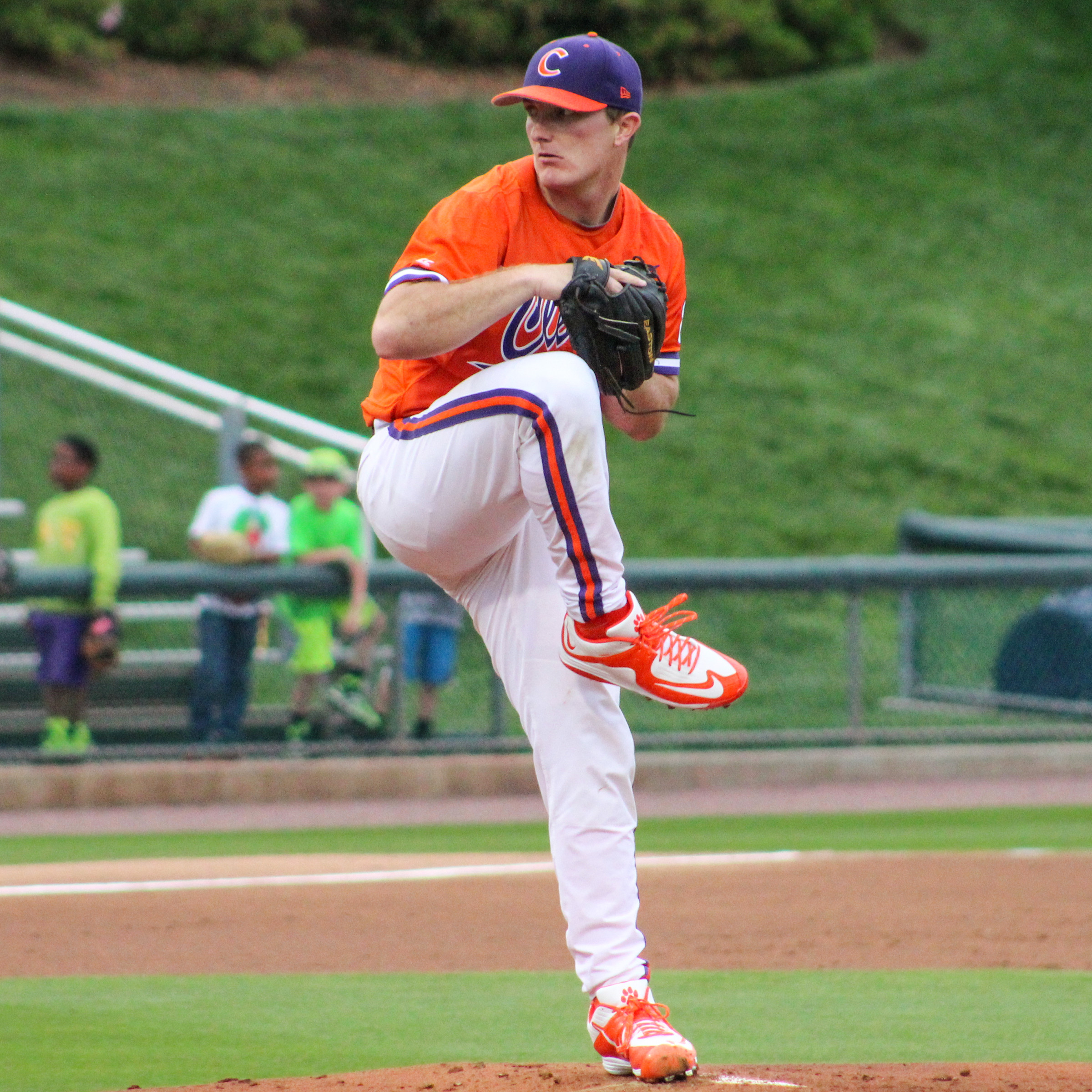 ATLANTA, GA. – Thomas Smith’s two-run single with one out in the eighth inning gave Georgia Tech the lead for good in its 4-2 victory over Clemson at Russ Chandler Stadium on Friday night. The Yellow Jackets, who took a 1-0 lead in the series, improved to 25-16 overall and 10-12 in the ACC. The Tigers dropped to 22-20 overall and 11-10 in ACC play.

Glenn Batson hit a sacrifice fly in the second inning to score Chris Okey, then Andrew Cox lined a single to score Batson in the top of the fifth inning. Matt Gonzalez laced a two-out, run-scoring single in the bottom of the fifth inning to cut Clemson’s lead in half. Gonzalez then reached on an error to lead off the eighth inning and scored on Smith’s two-run single off the glove of Cox at first base. Ryan Peurifoy added a two-out, run-scoring single.

The series continues Saturday at 6 p.m.