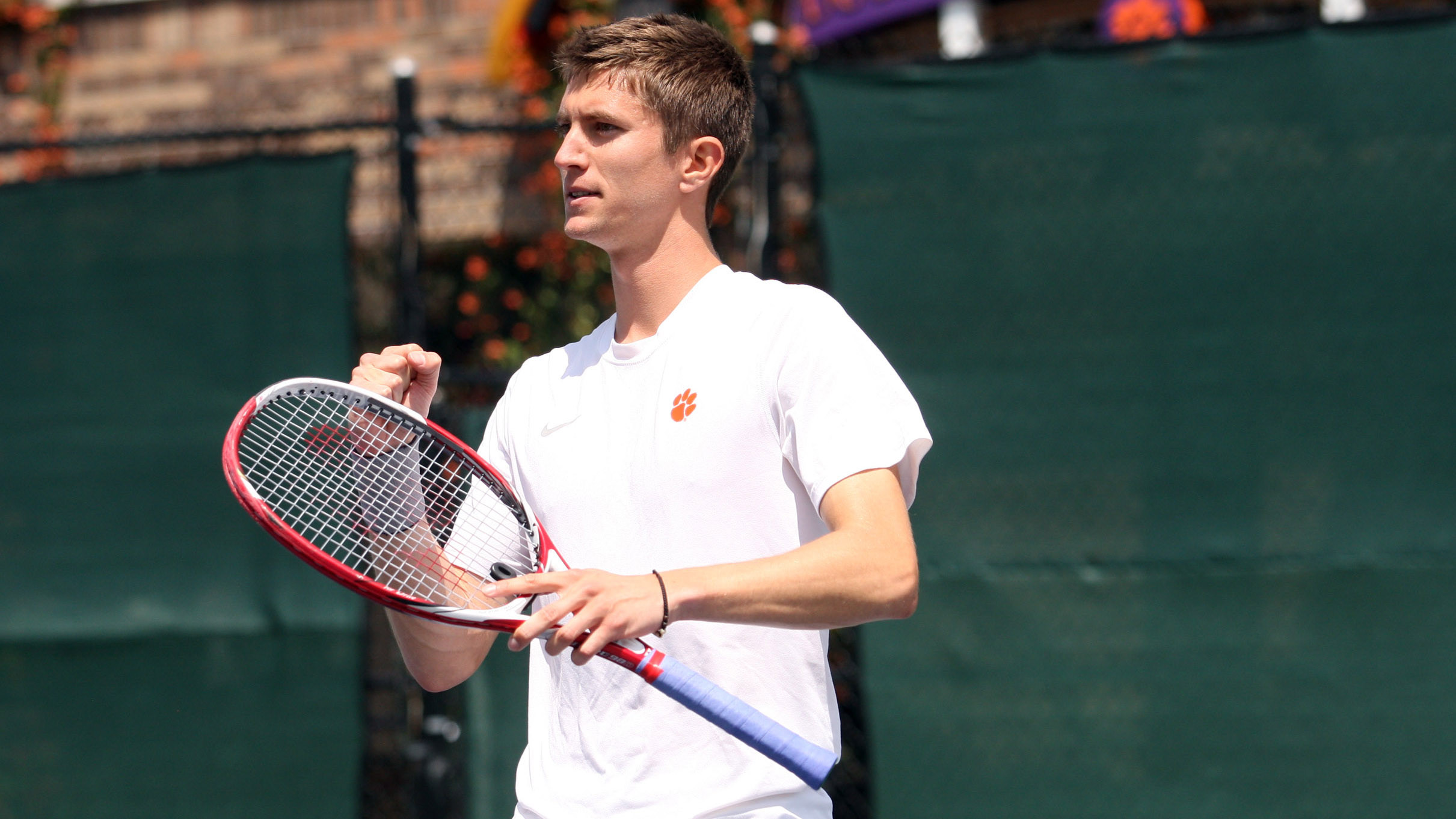 GREENSBORO, NC – Clemson senior tennis player Yannick Maden has been named the Atlantic Coast Conference Men’s Tennis Scholar-Athlete of the Year and leads the sport’s 2013 All-ACC Academic Team, as announced Tuesday by Commissioner John Swofford.Maden, a native of Stuttgart, Germany, finished his career at Clemson ranked eighth nationally in doubles while partnering with his brother Dominique, and ranked 31st in singles. The All-American and two-time All-ACC selection earned a 26-10 overall singles mark, including a 19-6 record at number-one singles.Three Tigers were honored by the ACC.  Besides the Maden Brothers, Hunter Harrington was also selected to the All-ACC Academic Team.In doubles play, Yannick and his brother Dominique registered a 23-7 mark and qualified for the NCAA Division I Men’s Doubles Championship.  The Maden Brothers are the first doubles team consisting of brothers to start for the Tigers since the 1913 season (100 years ago) when brothers John and James Erwin of Spartanburg, SC teamed together for two years.Maden was an integral member of the Tigers’ success this season as he led Clemson to the second round in the NCAA Division I Men’s Tennis Championship and a final ranking of 21st as a team.  This is the first time since the 2007 season that the Tigers have finished in the top 25 in the final ITA poll.  It is also the highest that the Tigers have been ranked in the final ITA poll since the Tigers were ranked 19th in the final listing in 1997.Maden graduated Magna Cum Laude in May with a degree in economics and ranked number-four in his major.Harrington had a 21-9 record overall in singles and a 16-5 mark in dual match play this year.   The Spartanburg, SC native played number-two singles for the Tigers.  Harrington was also 19-9 overall in doubles.  Harrington will be a junior in 2013-14.The ACC Scholar-Athlete of the Year awards were established in September 2007 to be awarded annually to the top junior or senior student-athlete in their respective sports. Candidates for the awards must have maintained a minimum 3.0 grade point average for their career as well as a 3.0 for each of the last two semesters.