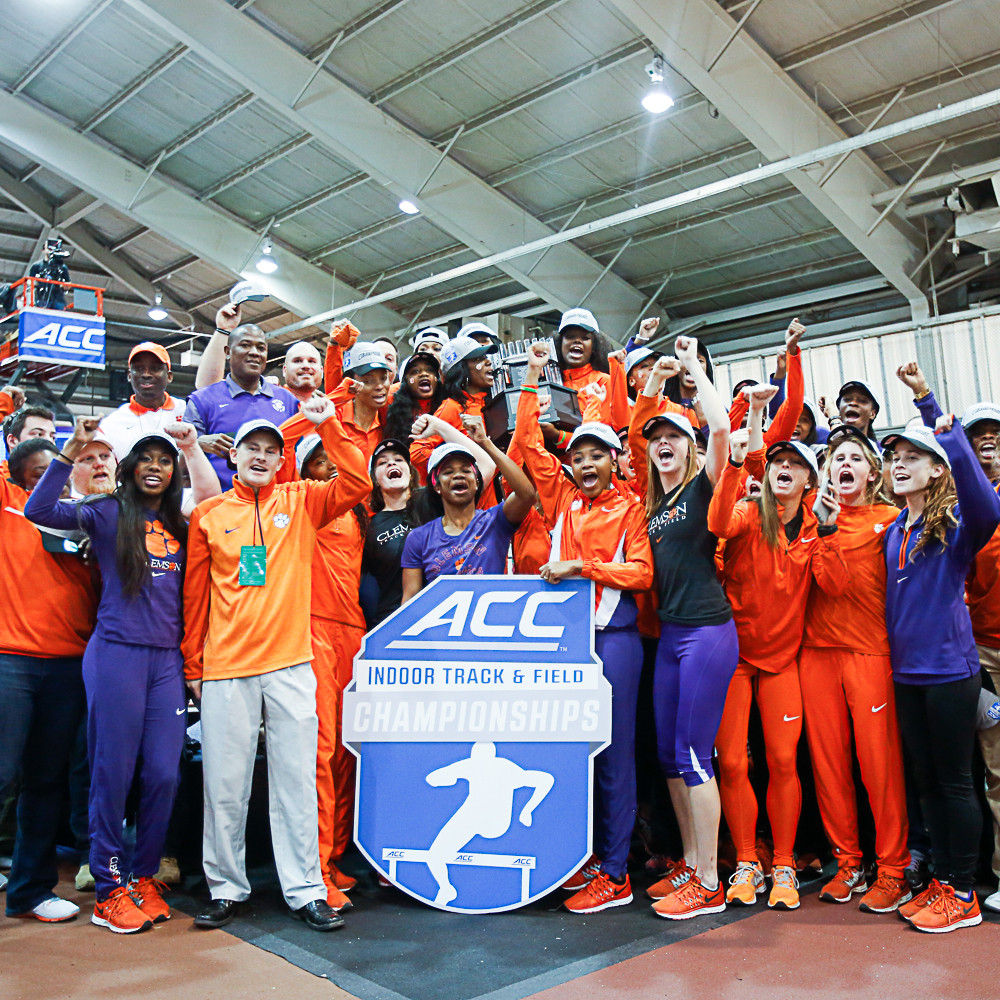 Before the 2015 ACC Indoor Championships began, coach Mark Elliott had a sense of optimism. His women were ranked a league-best 15th in the USTFCCCA national poll heading into the championship meet in Blacksburg, Va.

Well, his Tigers didn’t disappoint. Just one year after finishing eighth as a team, Clemson won the 2015 ACC Indoor Championship and “restored the roar” within the program.

As Elliott put it, “We showed up with a full team this year.”

Yes, Coach, you sure did.