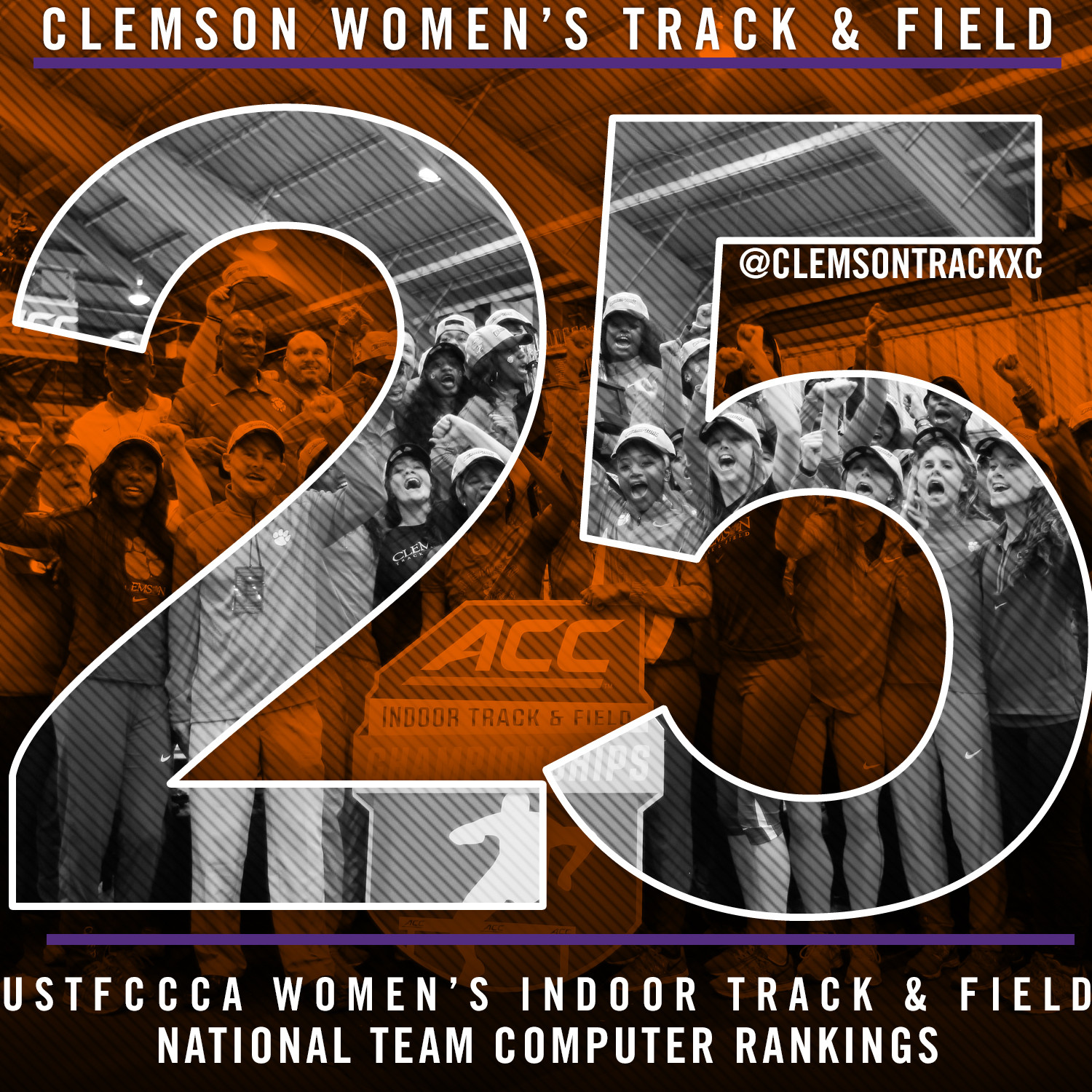 CLEMSON, S.C. – After being on the fringe of the USTFCCCA’s list of top 25 national rankings since its No. 22 preseason ranking on January 6, the Tigers have broken through at No. 25 this week.

The women’s top performance of the year came this past weekend at the Charlie Thomas Invitational when Grace Barnett won her event with the eighth fastest mile in the country. The redshirt sophomore clocked in just .03-seconds shy of the meet record but shattered the 30 year-old Clemson indoor mile record by nearly a full second at 4:37.32. Barnett’s time is also her personal best by four-seconds.

The women’s track and field program is the reigning ACC Indoor and Outdoor Champion and currently holds nine marks ranked in the nation’s top 30 of each event. Together, the current women’s track and field roster is credited with 27 of the program’s all-time best marks in the Clemson indoor record book, 10 of which have come in 2016.