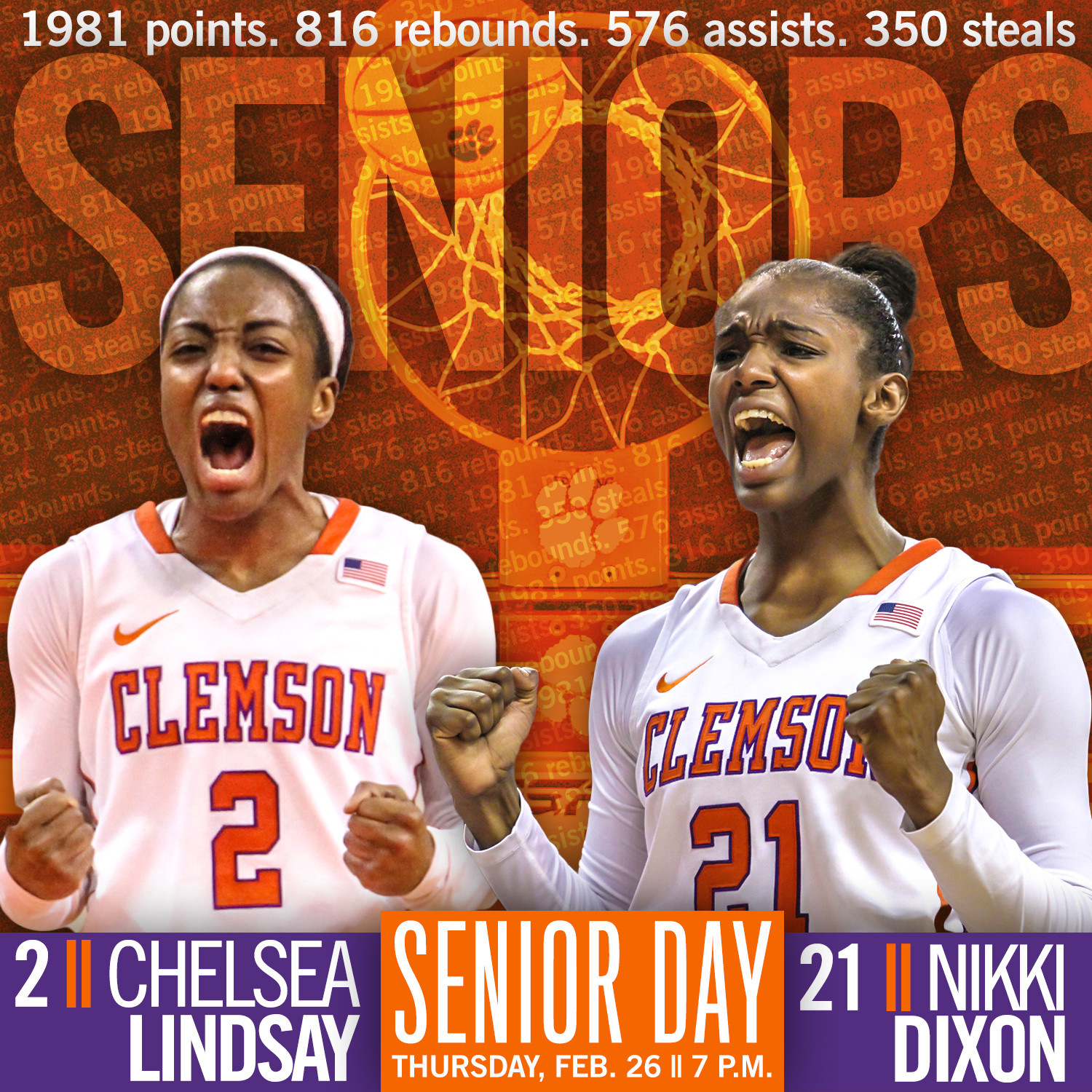 CLEMSON, S.C. – Clemson will host Senior Night, honoring the program’s two graduating seniors, Nikki Dixon and Chelsea Lindsay, on Thursday at 7 p.m. in the Tigers’ last home game of the season. Clemson will take on the Syracuse Orange, marking the first matchup between the two teams this season.

Dixon and Lindsay, both set to graduate in May, have combined for 1,981 points, 816 rebounds, 576 assists and 350 steals in their four seasons as Tigers. Lindsay has played in 95 games for Clemson, starting 92 of them and Dixon, an All-ACC candidate, ranks 6th all-time in Clemson history in scoring, and needs just 10 points to move into a tie for 5th.

Thursday’s contest will mark only the fourth-ever meeting between Clemson and Syracuse and the first time the two teams will play in Littlejohn Coliseum. Clemson has never beaten Syracuse, as the Orange lead the overall series 3-0. Syracuse enters the contest ranked 23rd in the AP poll and receiving votes in the coaches poll. Clemson and Syracuse alike are fighting for seeding in the ACC tournament which begins next Wednesday, March 4th in Greensboro, N.C.

Nikki Dixon leads the Tigers in scoring (15.6 ppg) and has scored in double figures in 24 out of Clemson’s 27 games this season and 13 out of 14 ACC contests. Freshman Shelbie Davenport has come on strong as of late, scoring in double figures four times in the last five games and averaging 11.2 ppg over that stretch.