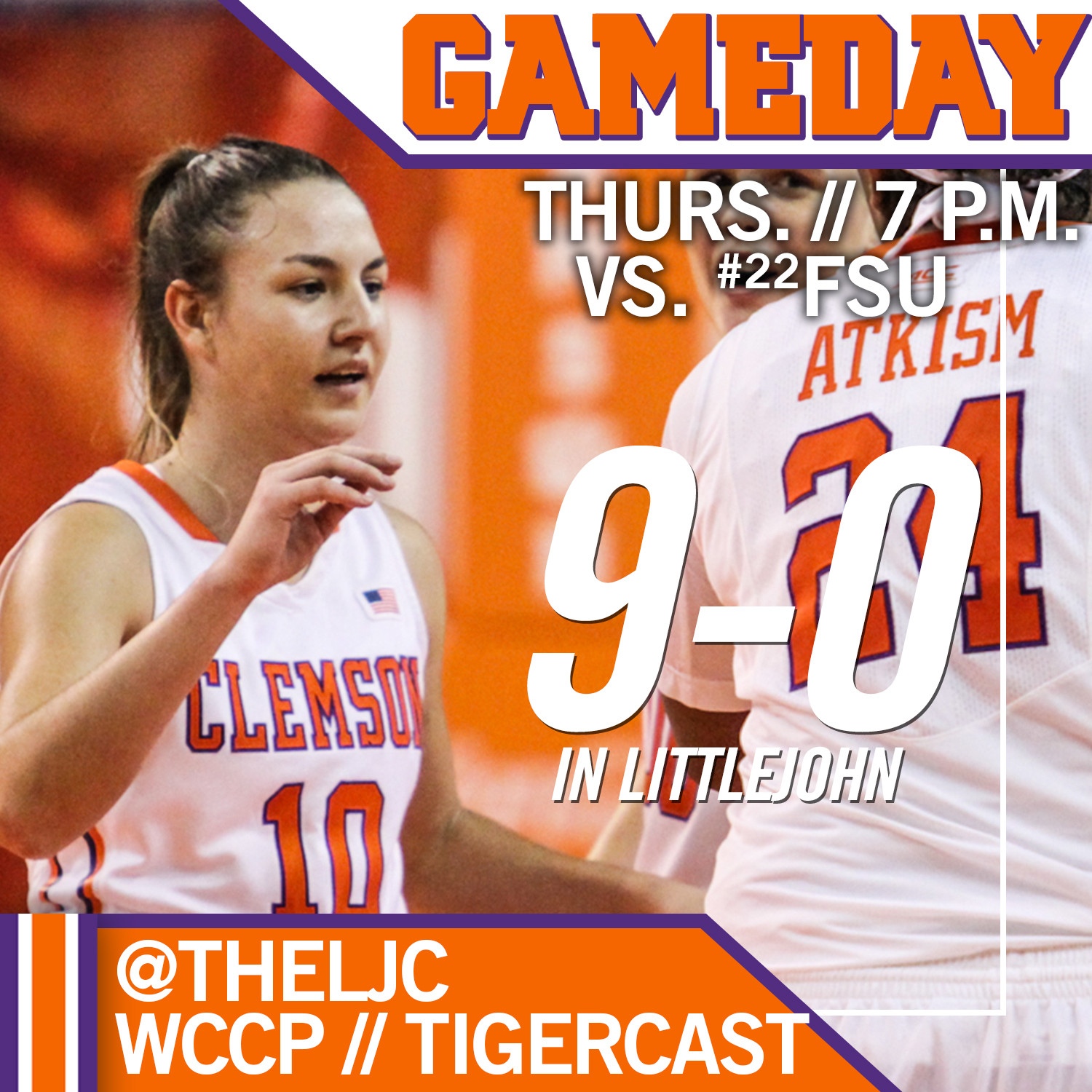 The squad then has just a day off before taking on NC State (9-5, 0-1 ACC) in Raleigh on Saturday at 2 p.m. in Reynolds Coliseum.

Clemson has won six of its last seven games overall, including an overtime win over Virginia Tech in the ACC opener. Senior Nikki Dixon leads the Tigers at 15.7 points per game and 5.9 rebounds per game, both career-highs. Her 19.0 ppg through the first two ACC games are third in the conference.

The Tigers have had a positive assist-to-turnover ratio for five straight games, and committed a season-low eight turnovers against Georgia Tech.