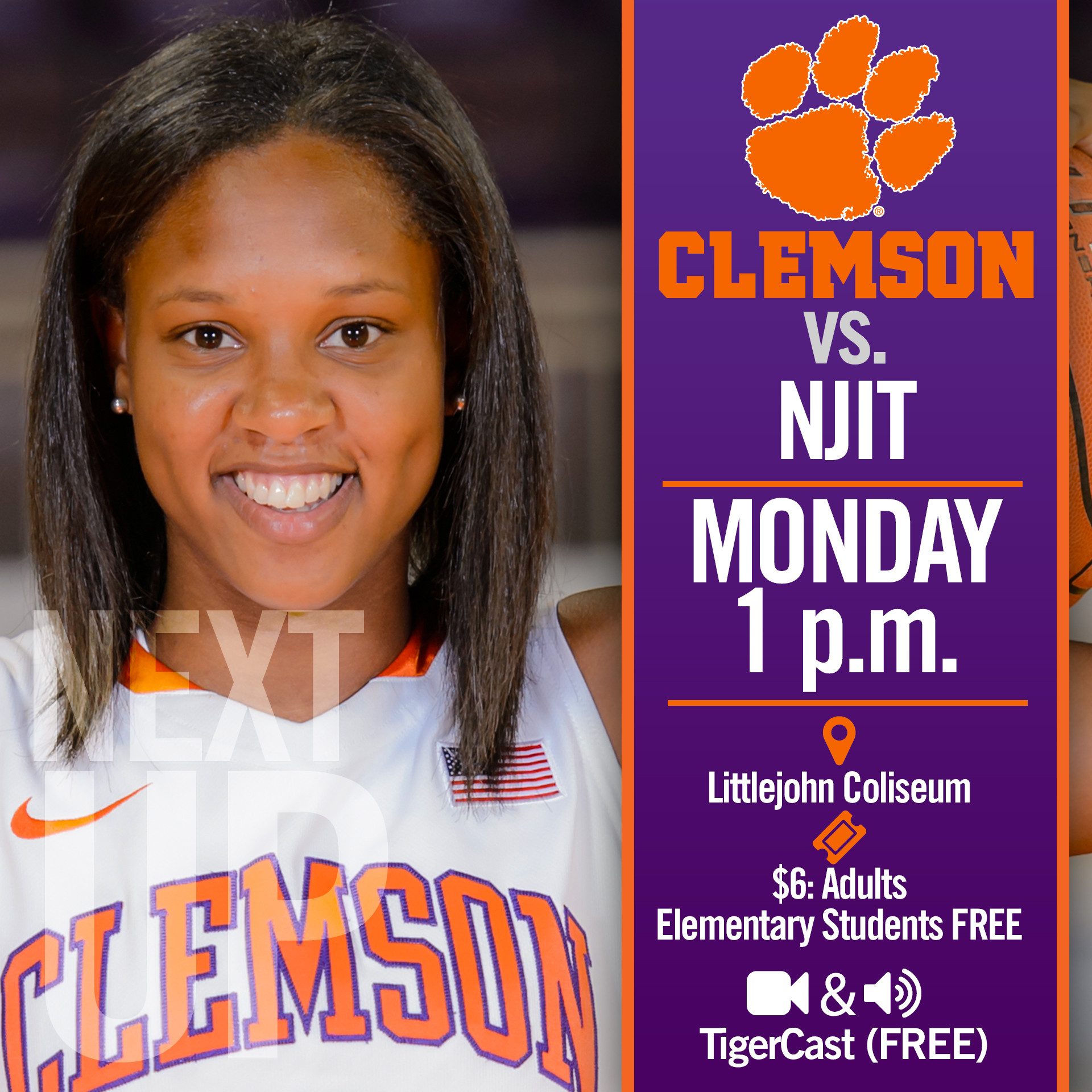 The Clemson women’s basketball team’s Monday contest against NJIT has been rescheduled to start at 1 p.m. The game was originally slated for 7 p.m., but has been moved up due to the football team’s 5:30 p.m. kickoff in the Russell Athletic Bowl.

Audio of the game will air live on TigerCast at ClemsonTigers.com and on the official app. The regular TigerCast video will also be available.

CLEMSON, S.C. – The women’s basketball team returns from Christmas break with a 1 p.m. game against NJIT on Monday, Dec. 29. The Tigers (7-5) are going for a fifth straight win overall, and an eighth consecutive home win to begin the season.