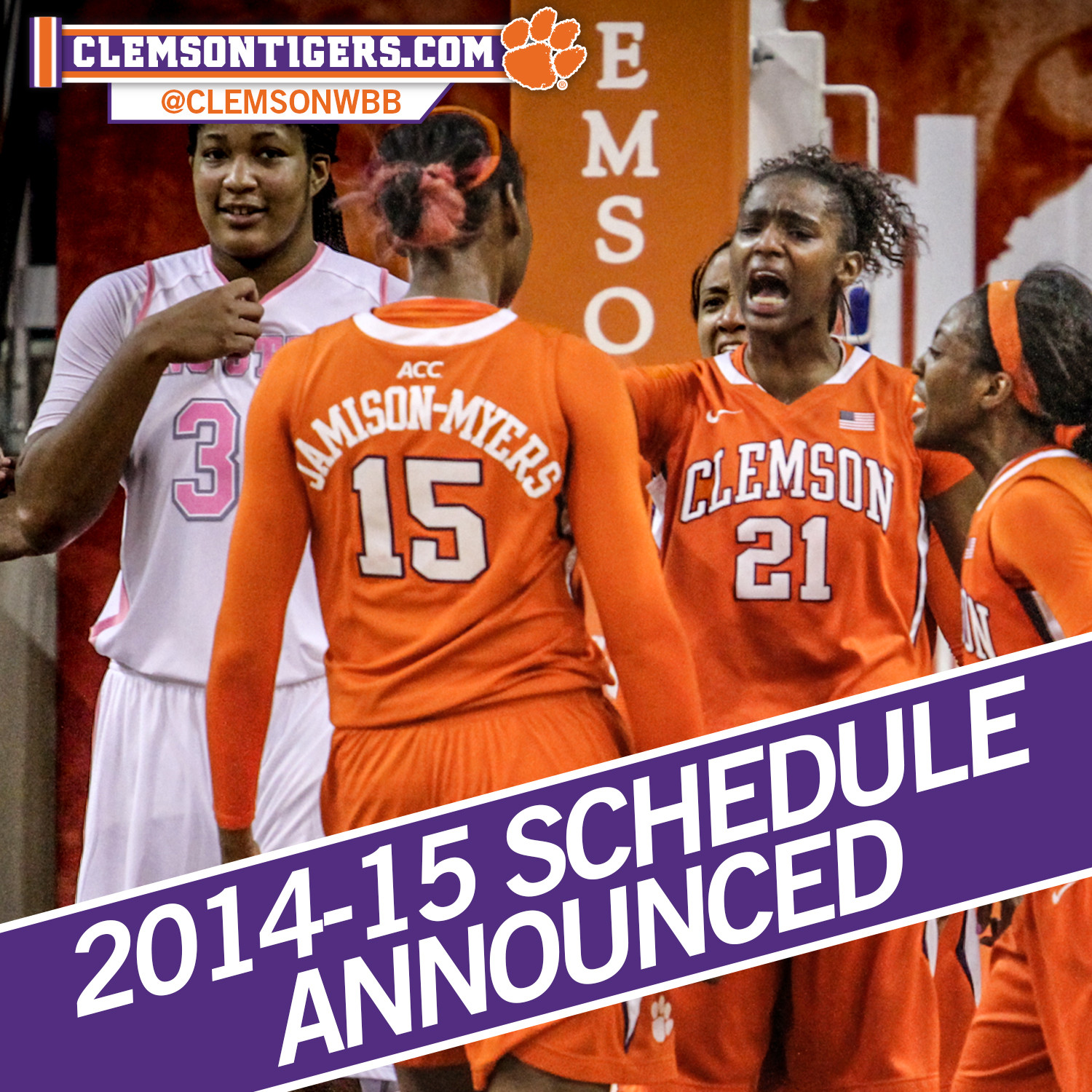 “This is one of the most challenging schedules from top-to-bottom that I’ve had as a head coach,” said Smith. “Fourteen of our opponents went to either the NCAA Tournament or WNIT last season, and our young team will get early tests in trips to South Carolina and in the Virgin Islands. The ACC is the premier conference in the nation, and there are no days off in league. My staff and I are excited to lead this young group of women, and we are excited that our fans will be able to watch top-shelf women’s basketball all season.”

Rock the ‘John unofficially opens the season on Oct. 10 before exhibitions on Nov. 2 and Nov. 8. The season-opener comes on Nov. 14 against UNCG, who is coached by one of Smith’s former players, Wendy Palmer. The Tigers will also make a trip to South Carolina on Nov. 20, to play Smith’s college teammate, Dawn Staley.

The Tigers head to the Virgin Islands during Thanksgiving for matchups with Ohio State and NCAA-participants Florida Gulf Coast and Wichita State. After a trip to another NCAA participant in Middle Tennessee, the Tigers open a six-game homestand from Dec. 6 through their first league game on Jan. 2 against Virginia Tech. Hall of Fame Coach, Jim Davis, who led the Clemson program from 1987-2005, will bring his Tennessee Tech team into Littlejohn on Dec. 6.

Elite Eight performer UNC (Jan. 18) and National Runner Up Notre Dame (Jan. 24) are in town on back-to-back weekends in January, and the ACC’s newest member, Louisville, visits on Feb. 12.

Season tickets are on sale for $45 for adults and $35 for senior citizens and youth. A family pack, which includes two adult and two youth tickets for every home game, is only $99.