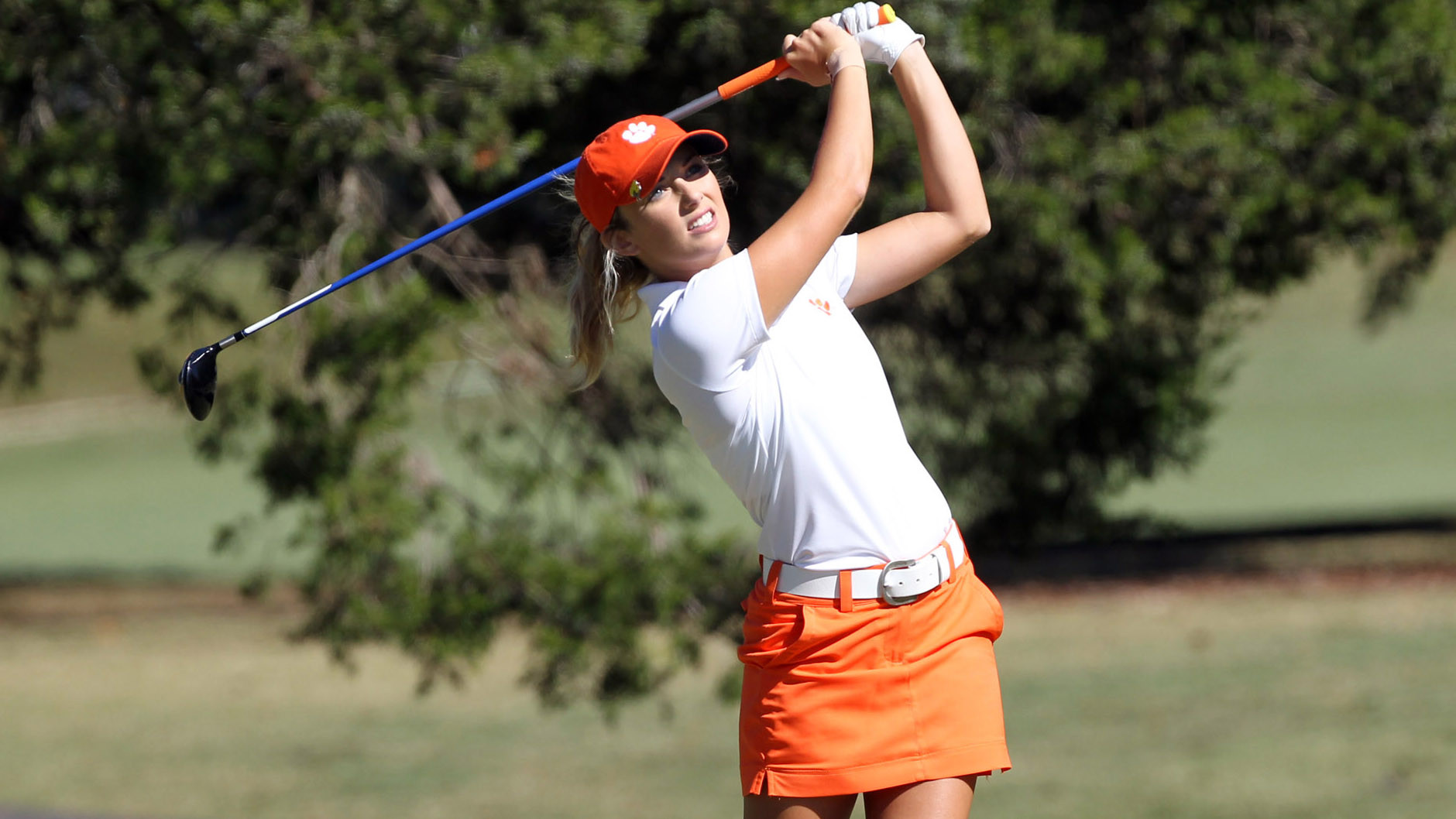 CLEMSON, SC – J.T. Horton‘s young team will kick off the spring season of its inaugural year Feb. 14-16 in Tallahassee, FL at the Florida State Match-Up. The 54-hole tournament will take place at Southwood Golf Club and will include 12 teams.

“We are excited to get the spring season rolling,” Horton said. “The ladies have been working really hard to be ready. Now, it’s a matter of going out and executing and getting back into the flow of things.”

The University of Georgia, who won last year’s inaugural tournament, will not compete in the tournament this year. This year’s slate of teams includes ACC teams Florida State, Clemson, Virginia, and Notre Dame and the SEC’s Texas A&M, South Carolina, and Mississippi State. Kansas, Furman, Mercer, Florida Gulf Coast and Kansas State round out the field.

The 12 participating teams will tee-off in twosomes during the first two rounds and will play in threesomes, with a shotgun start, in the final round. Clemson will play with the University of Virginia in Friday and Saturday’s rounds.

The Tigers’ lineup will include Ashlan Ramsey, McKenzie Talbert, Lauren Salazar, Sloan Shanahan and Jessica Hoang. Taylor Ramsey will compete as an individual. In the first round Friday, Hoang will tee off at 8:30 AM, Shanahan at 8:38 AM, Salazar at 8:46 AM, Talbert at 8:54 AM, and Ashlan Ramsey at 9:02 AM, all off of the 10th hole. Taylor Ramsey will tee off at 10:30 AM and will also go off on the 10th hole.

Horton’s team is coming off of an impressive fall season, where it recorded four consecutive top five finishes, including runner-up finishes at both the Cougar Classic and the Lady Paladin Invitational. Clemson is ranked 11th by the Golf Coaches Association and 13th by Sagarin. Individually, Clemson has two players ranked in the top 30 entering the spring season. Ashlan Ramsey is ranked fourth and Sloan Shanahan is ranked 28th.

Live scoring can be followed on golfstatresults.com for all three days of the tournament.