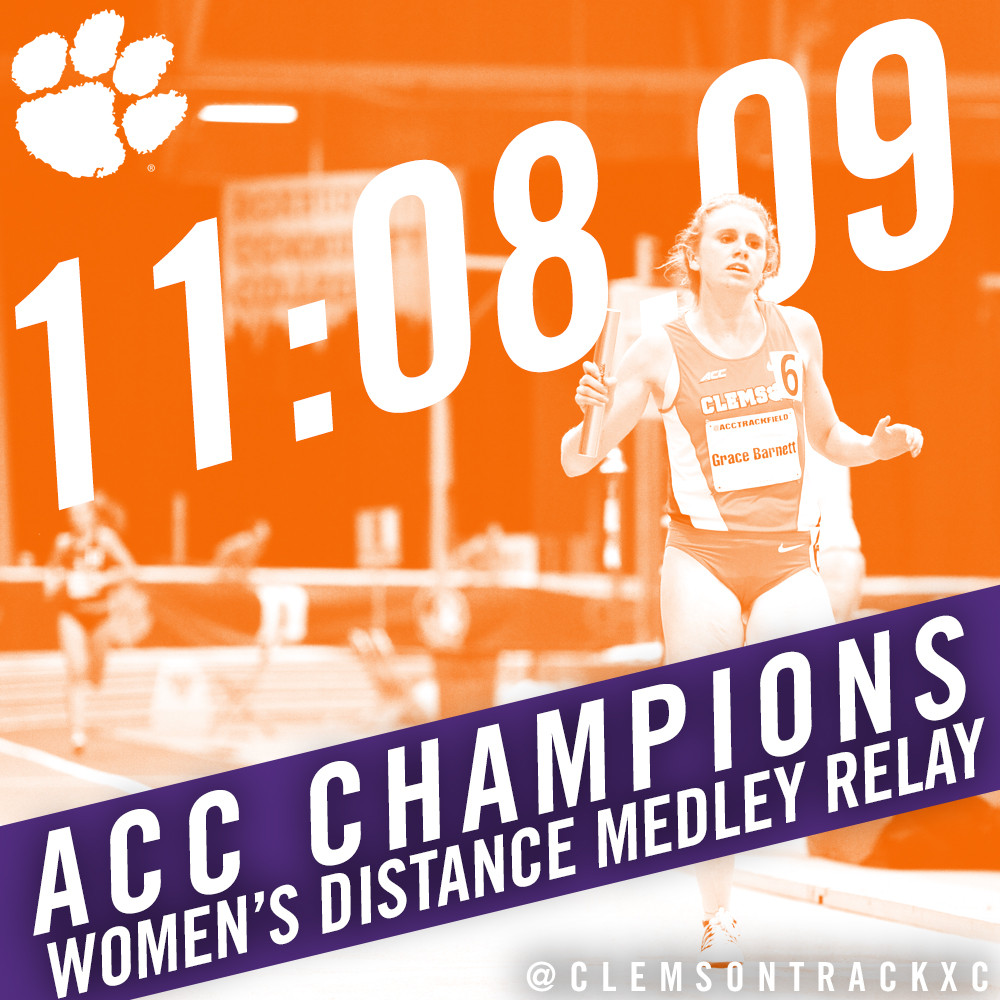 BOSTON, Mass. – The Tigers kicked off the first day of competition with a bang, claiming their first gold medal of the ACC Championships at the Reggie Lewis Center in Boston, Massachusetts. Clemson’s dominant effort earned it its first ACC Championship in the women’s distance medley since 1994.

With Florida State’s Bridget Blake on her shoulder and 300 meters to go, Grace Barnett pulled away with ease to blow through the finish line at 11:08.09 and defeat Florida State by five seconds. The team consisted of two sophomores and two freshmen that entered the race with the fourth fastest time in the country at 11:00.44.

Freshman, Kaley Ciluffo ran the first leg (1,200 meters) at an impressive pace, handing the baton off to Olivia James at the 3:27.52 mark. Had she continued that pace for another 400 meters she would have finished with around a 4:40 mile.

She handed off to James who ran 400 meters in 54.46. Ersula Farrow then ran the fastest 800 meter split of the meet as a freshman, clocking in with a three-second personal best, 2:05. She handed off to Barnett with a slim lead and Barnett effortlessly finished the race with a 4:40.42 mile to claim the defending back-to-back ACC Champions their first gold medal of the 2016 ACC Championships.

The championships continue tomorrow at 12:00 p.m., with the men’s high jump. Action on the track kicks off with the mile preliminaries at 2:00 p.m.