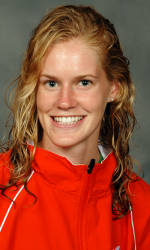 Louisville, KY – The Clemson women’s cross country team finished 15th at the Southeast Region Championships on Saturday at E.P. “Tom” Sawyer Park. It was the highest finish for the Lady Tiger program at the district/region championships since 2000, the first year of current Head Coach Marcia Noad’s tenure. Three of Clemson’s scorers Saturday were first-year freshman.

N.C. State won the women’s division 6K race with a total of 106 points, while Duke was runner-up with 114. North Carolina finished in third place. The Lady Tigers had 399 points and finished ahead of 16 other women’s programs in the team competition.

Jenna Baker was the team’s top finisher once again. The freshman from Bellevue, OH followed an impressive 25th-place showing two weeks ago at the ACC Championships with a 32nd-place effort Saturday. She had a time of 21:29.45, which was 45 seconds better than her time at the conference meet in Charlottesville, VA.

Clemson’s top finisher at the Southeast Region meet in 2006 was 87th, thus Baker was 55 spots better at this year’s event. Baker concluded the year as the team’s top finisher in five of the last six meets. The only meet she did not lead the team in scoring was at Furman, where she sat out with foot soreness.

Laura Laughlin was 58th overall, an improvement of 29 spots from her performance at the 2006 meet on the same course. She had a time of 21:46.25, over 50 seconds better than her time at the Sawyer Park course last season. It was a personal best at 6000 meters for Laughlin.

The #3 scorer for Clemson on Saturday was freshman Stephanie Buffo, a South Carolina native. She had a time of 22:13.45, which was over a minute better than her 6000m effort two weeks ago at the ACC Championships. Another freshman, Abby Iselborn, finished 86th overall. Clemson had four finishers in the top 86 one year after having none, a sign of great improvement for Noad’s program. Iselborn notched a finishing time of 22:16.20.