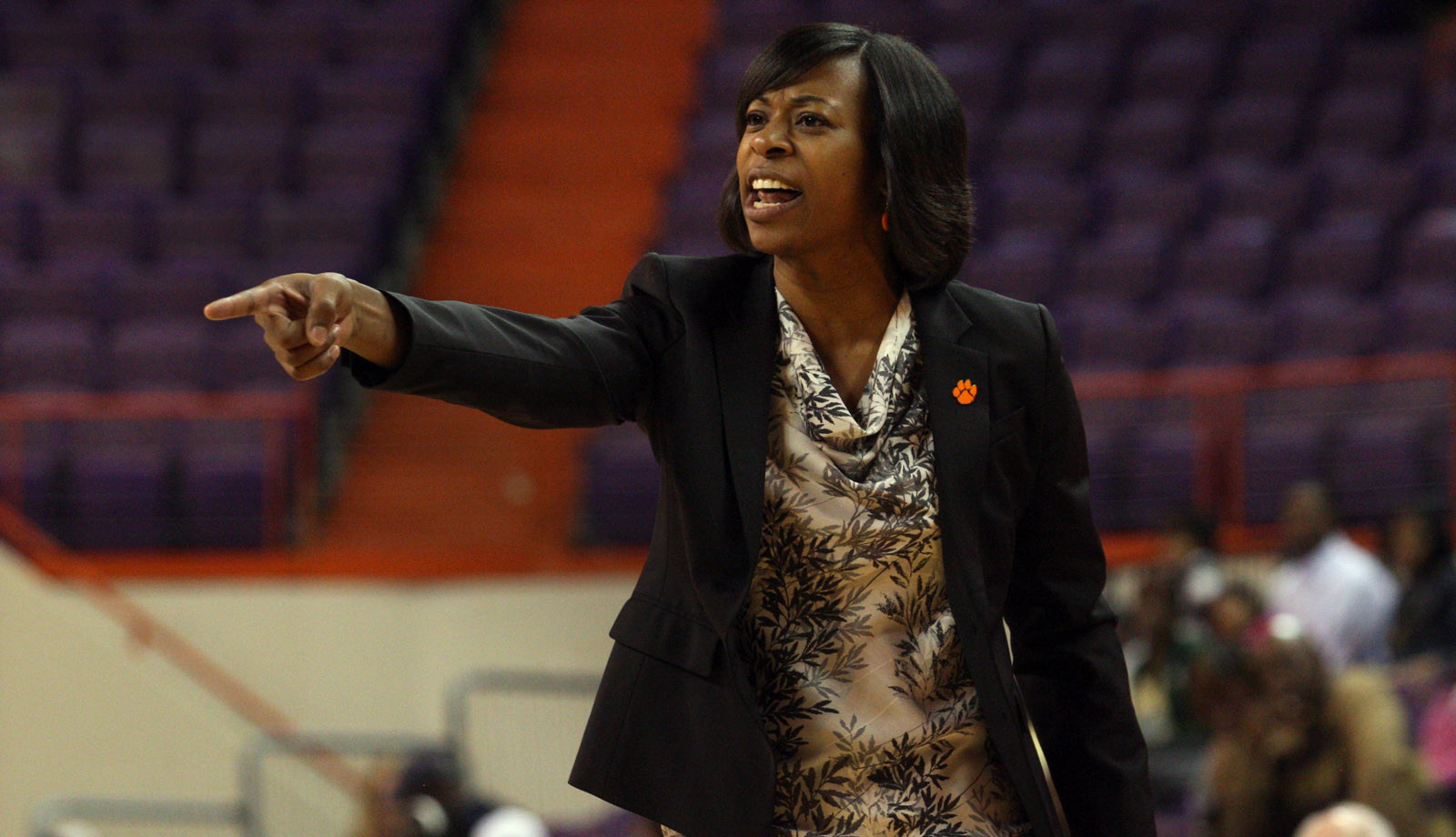 Women’s Basketball Travels to Columbia to take on Gamecocks

CLEMSON, SC – The Clemson women’s basketball team will travel to Columbia, SC to take on South Carolina on Sunday at 3:00 pm in a televised contest. The Lady Tigers (0-2) hold a 33-24 all-time record against the Gamecocks, who have opened this season 3-0.

Sunday’s contest will be televised on Fox Sports SportSouth and broadcast throughout the state on the Clemson Tiger Sports Network.

The Tigers enter having lost their first two contests by a combined five points. Most recently, they fell to USF, 75-73 in Littlejohn Coliseum on Tuesday night.

Much of Clemson’s production through two games has been from freshmen and sophomores. Jonquel Jones (12.0 ppg, 13.5 rpg) has two double-doubles in her first two career games, and is second in the conference in rebounding in the very early going. Danaejah Grant scored 14 and 13 points in the first two games, respectively to lead Clemson at 13.5 ppg.

Clemson is coming off an .800 night from the line against USF, which included a 12-15 mark after halftime. Jones has earned 13 free throws to lead the Lady Tigers, converting on ten of those freebies. The freshman from the Bahamas also has nine offensive rebounds through two games and is second on the team with 67 minutes played.

South Carolina has won two in a row in the series, including a 65-48 win in Littlejohn last season. The rivalry will throw many new faces into the mix, as just three players who saw action in the 2010 game are still on the roster.

After playing the Gamecocks, Clemson will head to Dallas, TX for the Hoops for a Cure Challenge at SMU. They’ll open with Montana State on Friday, Nov. 23, and play either SMU or SIU-Edwardsville on Nov. 24.