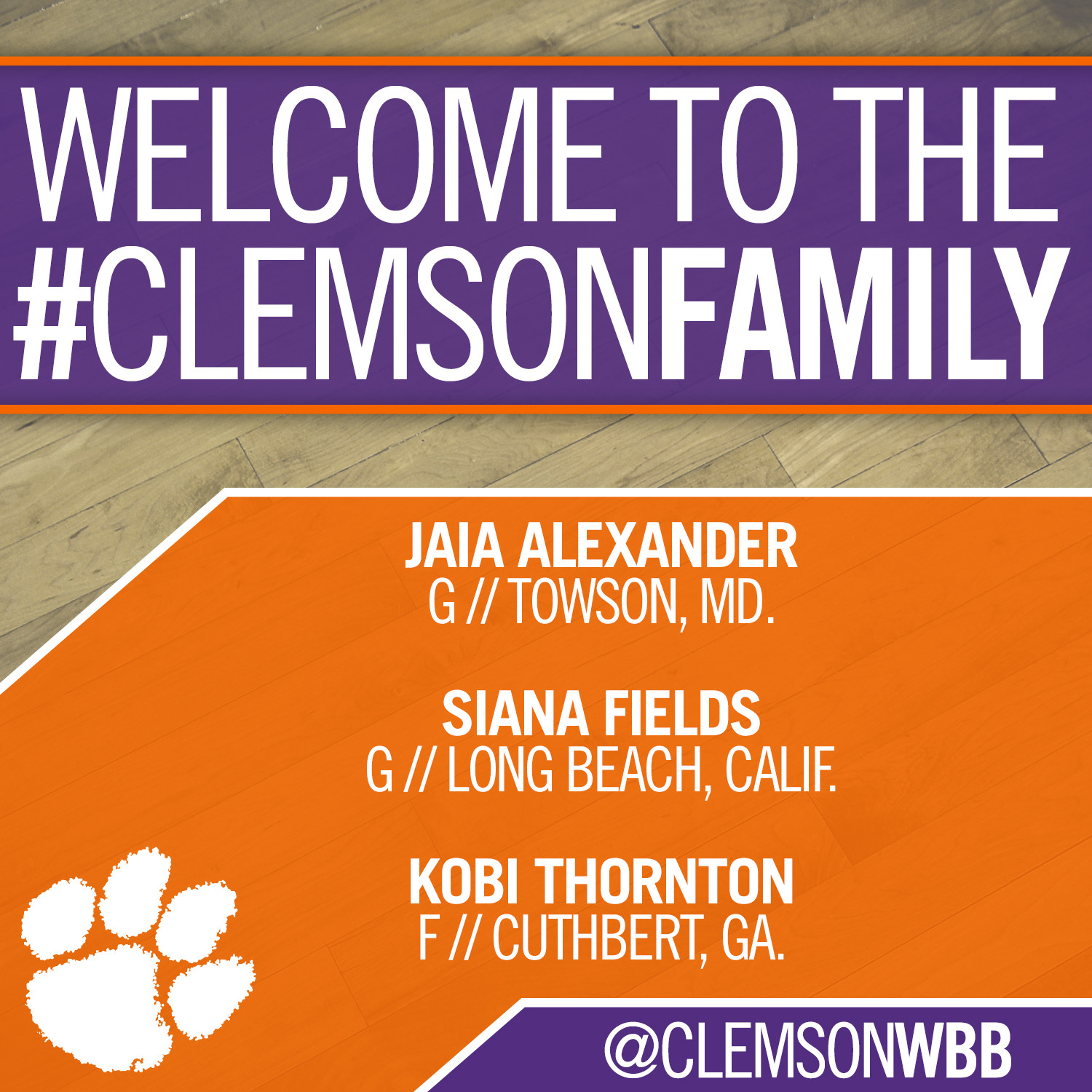 CLEMSON, S.C.- The Clemson women’s basketball program welcomed three new members on Monday, signing Jaia Alexander, Siana Fields and Kobi Thornton to National Letters of Intent. The three-player class will join the women’s basketball team in the summer of 2016 and will be eligible to play in the 2016-17 season.

The student-athletes hail from three different states (California, Georgia and Maryland). Kobi Thornton, a 6-2 forward from Cuthbert, Ga., is ranked in the top-100 in the Class of 2016 by ESPN. Siana Fields, a 5-8 guard from Long Beach, Calif., is the first Californian to sign with Clemson since Amirah Leonard (LaCrescenta, Calif.). Leonard played for Clemson from 1998-2000 after playing two seasons at Ventura Junior College.