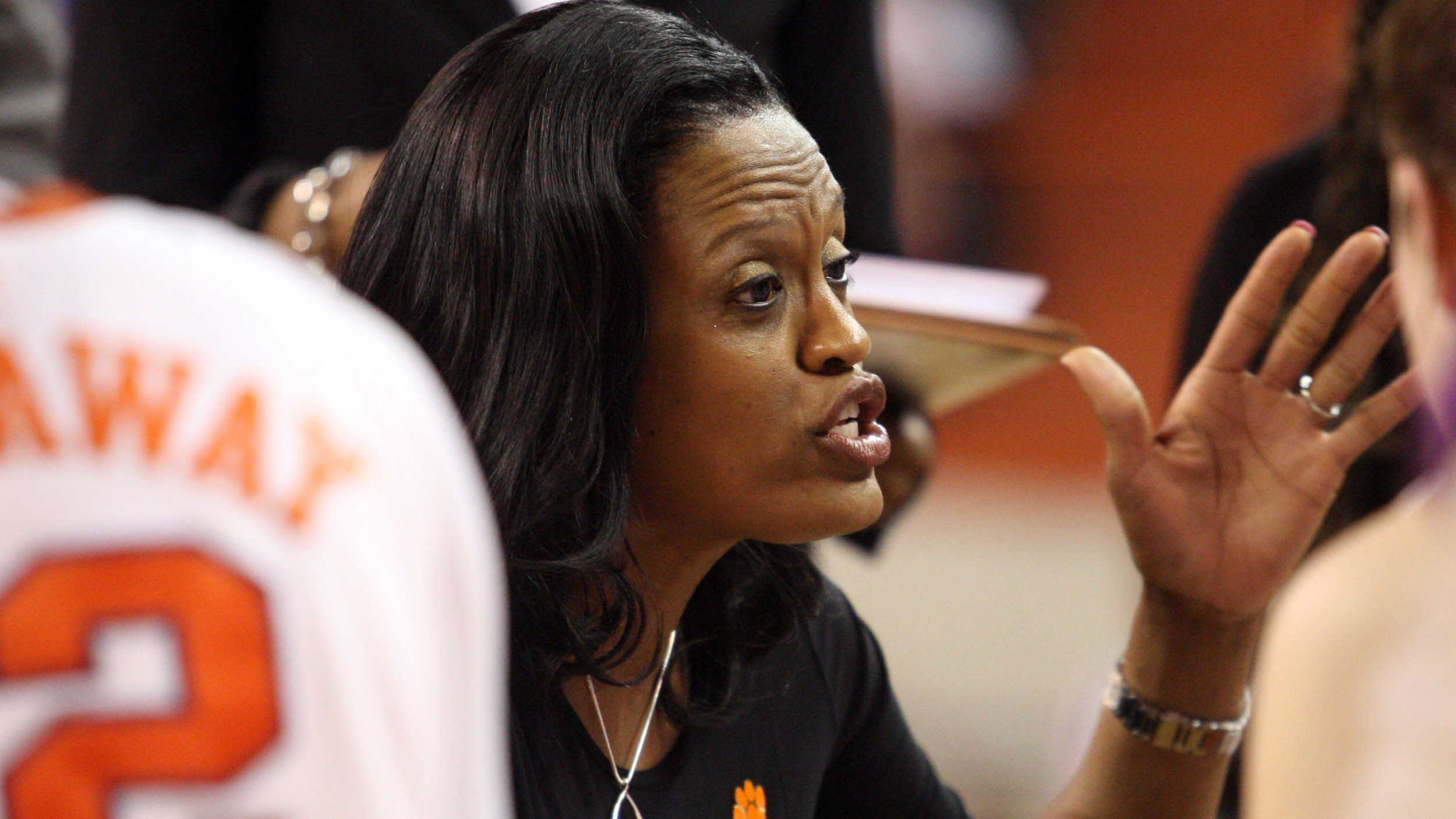 Football season may be hitting its peak, but basketball season is right around the corner, and for Audra Smith, she will be looking for more in her second season as Head Coach of Clemson Women’s Basketball.

In her first season as head coach, Clemson went 13-18 overall, with a 4-12 ACC record. During her transition year, Smith helped lead the Tigers to its first ACC tournament win and most overall wins in five seasons.

Heading into 2014, the team will feature only two seniors in forward Nikki Dixon and guard Chelsea Lindsay. Dixon, who shined for the Tigers last season, leading the Tigers in scoring with 13.7 points per game and lead the team in steals with 47.  Dixon enters her final year 17th in school history with 1,141 points and ninth in steals with 185 steals. Lindsay led the Tigers in assists with 142 and minutes played, logging 1,103 minutes last season. Another key returner for the team will be junior post player Nyilah Jamison-Myers, who led the Tigers in blocks with 37, giving Clemson a key defender and rim protector in the paint.

“It’s huge to have a returning point guard with as much experience as (Chelsea) Lindsay. She came on really strong for us and improved tremendously last season,” Smith said.

“Nikki (Dixon) and her scoring ability are also going to be major for us.”

Clemson Women’s basketball will also bring in a host of fresh talent, as the roster features ten newcomers, including nine freshmen and a sophomore junior college (JUCO) transfer. Coach Smith sees a good number of the ‘newbies’ contributing immediately with their diverse skill sets.

“We have some kids who can do a lot of things. Shelby Davenport has a good body, can shoot the three get to the basket, and she works really hard on defense,” Smith said.

There’s Daneesha Provo, our ‘Canadian sensation,’ as I call her. She’s a long, lean, athletic kid who can play little three and four for us, as well as Davenport. There’s also Francesa (Tagliapietra) from Italy, who’s been a pleasant surprise to us in that everyday she shows us something different. We have all these people coming in, bringing us energy, and practices have been very competitive.”

While Dixon will certainly be a prime contributor on the offensive end, Smith believes she can have an even better year, and the incoming class could very much help her improve on her already solid scoring numbers.

“With the newbies, we have players who are really good scorers, and they’ll be able to help us take some pressure off of Nikki, and we’ll have a good rotation of people who can shoot the three as well as attack the basket, and Nikki will have even better opportunities to score,” Smith said.

Coach Smith continued to praise the work ethic of the newcomers to the team, noting their drive to get better every day in practice and their already eager approach to the game.

“These kids are very bright, high basketball iQ, very energetic, they love the game, and they’ve really bonded with each other and the returners,” Smith said about the incoming class.

“They’re like sponges. They absorb everything, they want to be good, they work on their game outside of practice, and that’s refreshing for me, having young kids work like that to go the extra mile to learn and play better.”

With the number of newcomers on the roster and fewer upperclassmen, Smith will certainly look to her upperclassmen to help set the foundation as the incoming class adjusts to playing collegiate basketball.

“The biggest thing I’m looking for from the senior returners is to be really good role models, to set the tone in practice everyday, set the example in terms of work ethic, and help show these ‘newbies’ the way,” Smith said.

Now that they have a year under their belt with me, they will be able to help them adjust in terms of my coaching style, personality, and playing college basketball.”

Clemson Women’s basketball will open its season with back to back exhibition games against Queens University and Georgia College & State University on November 2 and November 8, respectively, at 2 p.m. in Littlejohn Coliseum.