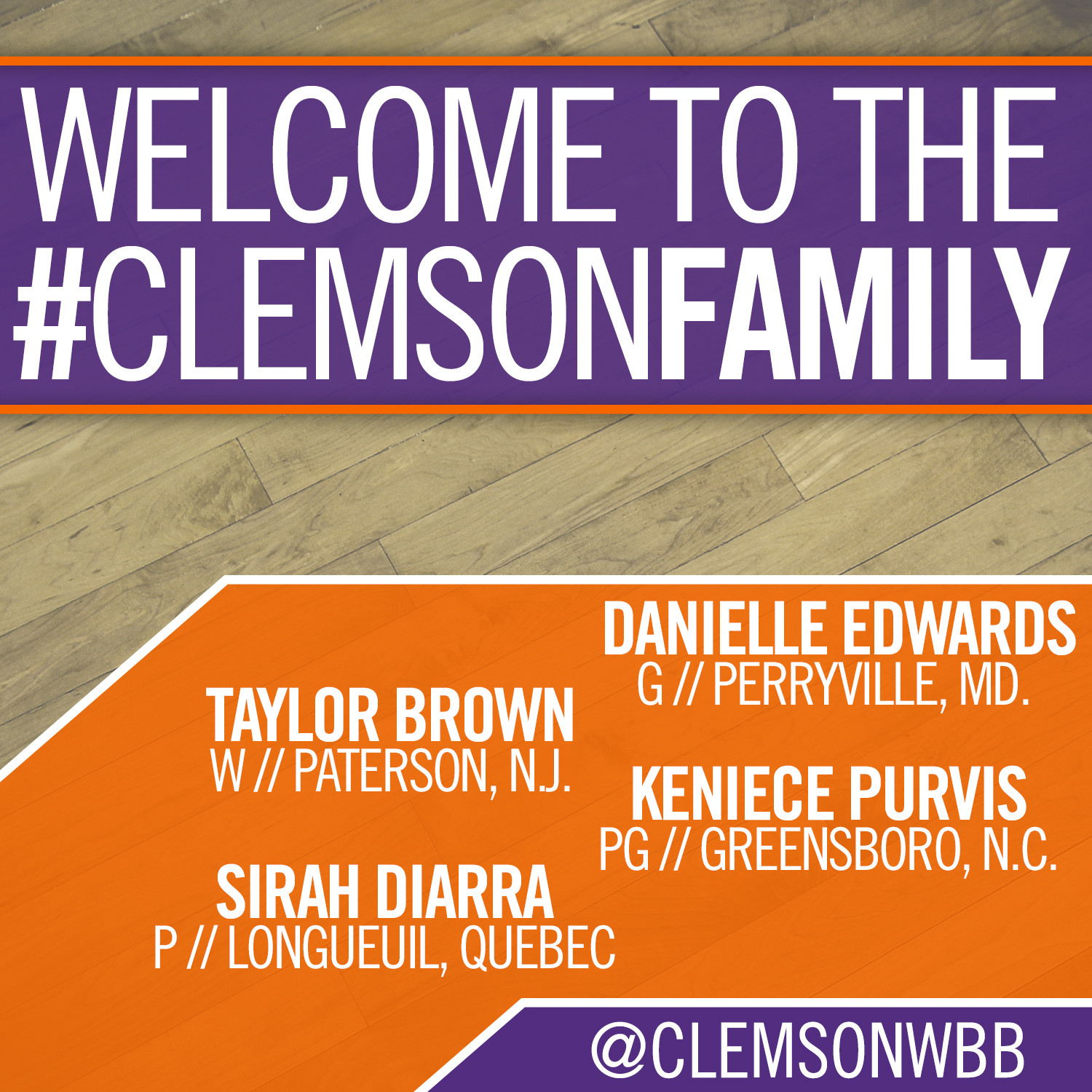 CLEMSON, S.C. – Head Women’s Basketball Coach Audra Smith and her staff officially welcomed four new members to the Clemson family on Monday, signing Taylor Brown, Danielle Edwards, Keniece Purvis and Sirah Diarra to National Letters of Intent. The four-player class, ranked in the top-50 by the All-Star Girls Report, will join the program in the summer and begin play in the 2015-16 season.

“This class really builds on our momentum from the 2014 class that is on campus now,” said Smith, whose roster features nine freshmen this season. “This group of young women will help us continue to build toward our goal of bringing Clemson back to prominence. We believe each one of these student-athletes meets our goal of being well-rounded in the classroom and on the court.”

The student-athletes hail from three different states (Maryland, New Jersey, North Carolina) and Canada. Each of the players is ranked among the top-100 players in the nation by various recruiting services.