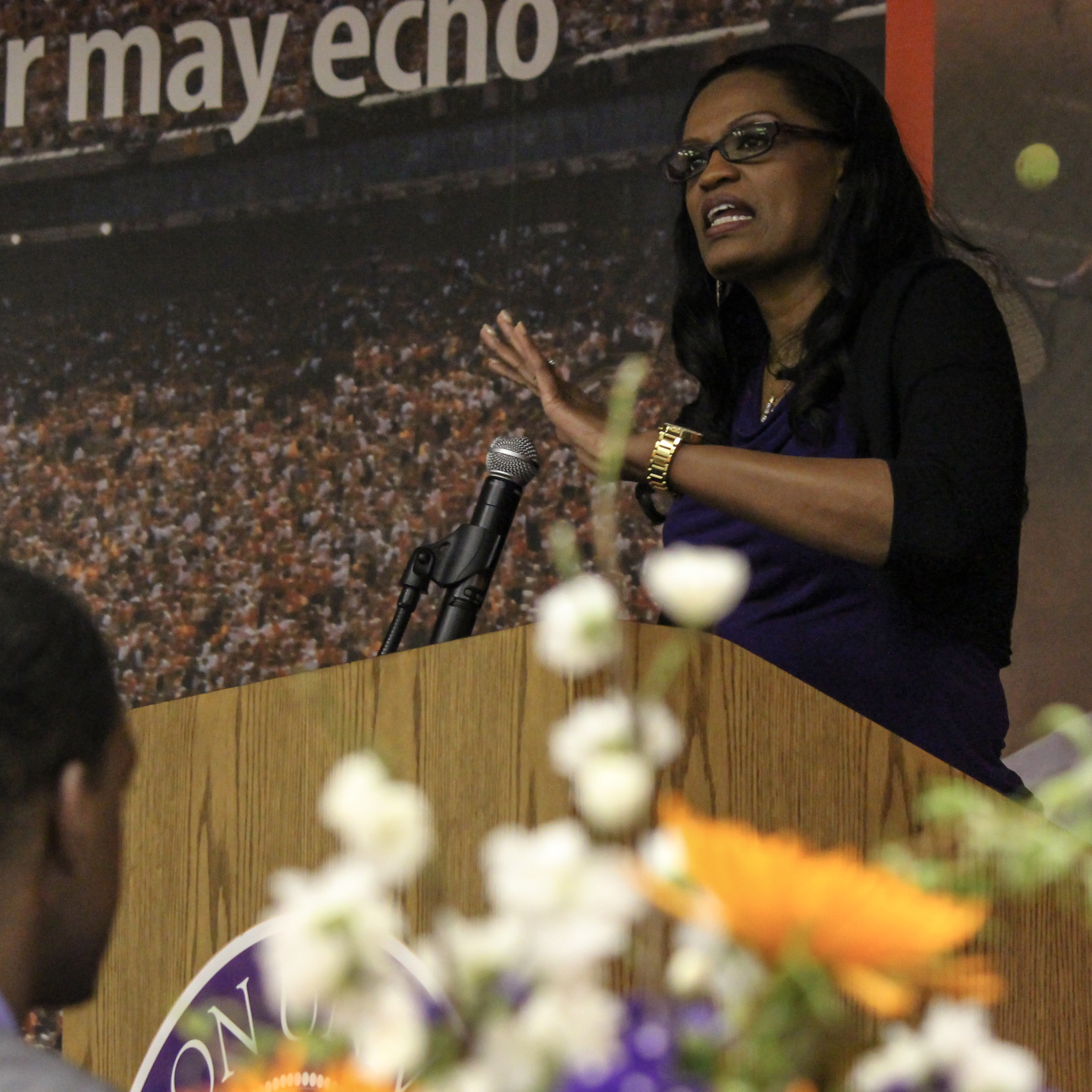 “We didn’t have the success that we had hoped on the floor, but I am so encouraged by the progress that we saw this season,” head coach Audra Smith told those in attendance after completing her second season.

“We had the youngest team in the nation, but what I am encouraged about is that we improved all season. The future is very bright for us. We talk a lot about ‘being the change,’ and that’s what we have to do. It takes the players trusting us and believing in the process.”

Smith thanked nearly everyone in attendance personally, a group that included the players, staff, support staff, Orange Brigade fan group, representatives from Central Spirit, Tiger Band, the Spirit Squad, and many others.

Freshman Cha’nelle Perry was named the team’s Newcomer of the Year and the Most Improved Player after averaging 6.7 points per game and finishing second on the team in rebounds (111), blocks (25) and assists (63).

Francesca Tagliapietra earned the team’s Academic Achievement Award to round out player honors.

The Spirit of the Tiger award went to Administrative Assistant Grace Ammons and Director of Basketball Operations Kathy Becker, each of whom overcame significant family hardships during the season.