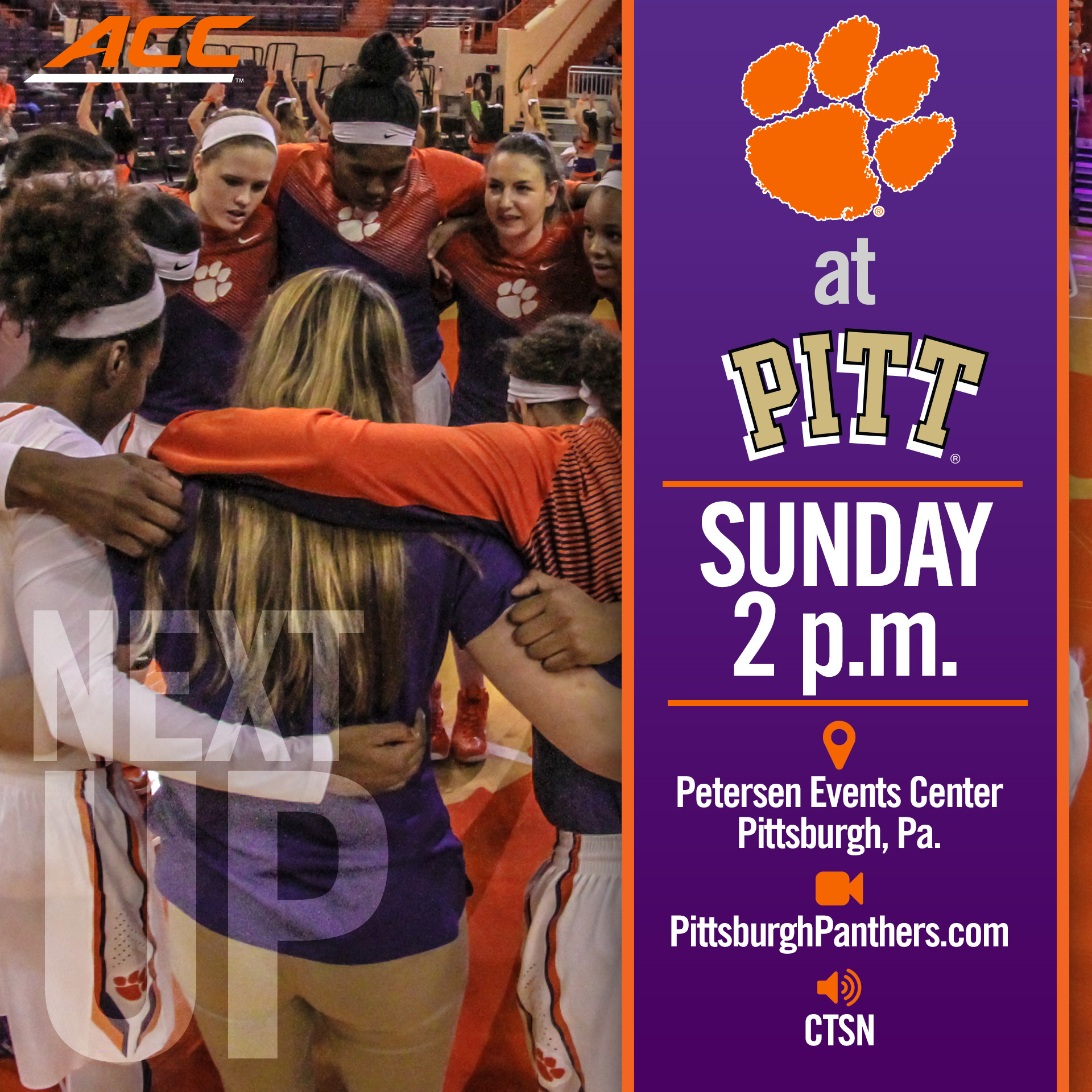 CLEMSON, S.C. – The Clemson women’s basketball team closes the 2014-15 regular season on Sunday at Pittsburgh in the Petersen Events Center at 2 p.m. The Tigers (9-19, 1-14 ACC) and Panthers (18-10, 8-7 ACC) split their meetings last season, each winning on their respective home courts, but have not yet played this season. Clemson holds a 5-3 lead in the all-time series.

Last season, Nikki Dixon scored a career-high 29 points and had 11 rebounds in Clemson’s 77-67 home victory on her way to becoming Clemson’s first ACC Player of The Week since 2006. However, Pitt returned the favor in Pittsburgh later in the year, holding the Tigers to just 43 total points in a 56-43 victory.

The Tigers will learn seeding for the ACC Tournament on Sunday as well. The Tournament, which includes all 15 league schools, is held at the Greensboro Coliseum in Greensboro, N.C. beginning Wednesday, Mar. 4.