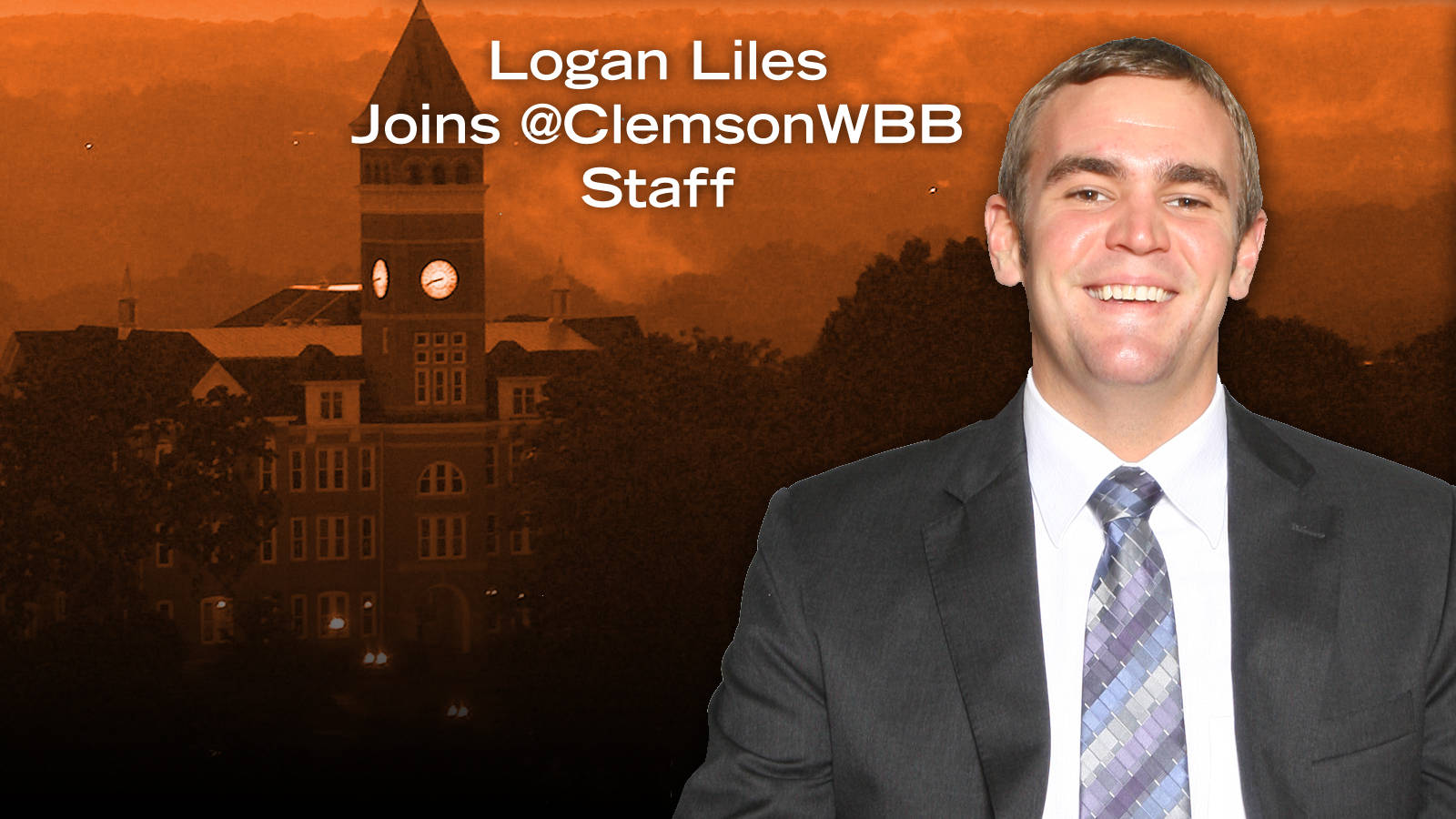 CLEMSON, SC – Clemson head women’s basketball coach Itoro Coleman has announced the addition of Logan Liles to the staff as the Video Coordinator on Friday. Liles joins the Lady Tiger program from the Chicago Sky of the WNBA after spending the previous season at Florida State.  “We are very excited for Logan to join the Lady Tiger Family,” said Coleman. “Logan’s expertise in video and his passion for the game fits well with the vision of our program.”“I am very excited to be back in the ACC, one of the top basketball leagues in the country,” said Liles. “The Clemson program has set lofty goals both on and off the court, and I share in Coach Coleman’s mission to return Clemson Lady Tiger Basketball to prominence. ”At Clemson, Liles will be charged with a variety of video-related duties, including scouting and film exchange, as well as assistance in creating original features and programming for the team. He’ll also help in the day-to-day operations around the office, and organize the recording and documentation of practices and games. Liles has been with the Sky since graduation from Florida State in May, where he earned a master’s degree in sport management. As a video coordinator intern, Liles assisted with day-to-day basketball operations, in addition to his video work in scouting opponents and overseeing the film exchange program. Liles is familiar with ACC women’s basketball, as he spent the 2011-12 season with Florida State in the film and scouting department for the Seminoles. He helped to film games and practices, edited video, and assisted in accumulating video for the advance scouting of other opponents. Other coaching and pertinent educational opportunities have included and Advanced Coach Certificate from Florida State, as well as numerous courses related to coaching, law, and administration of athletics. He earned his undergraduate degree from University of Texas Arlington in Kinesiology in May of 2010.