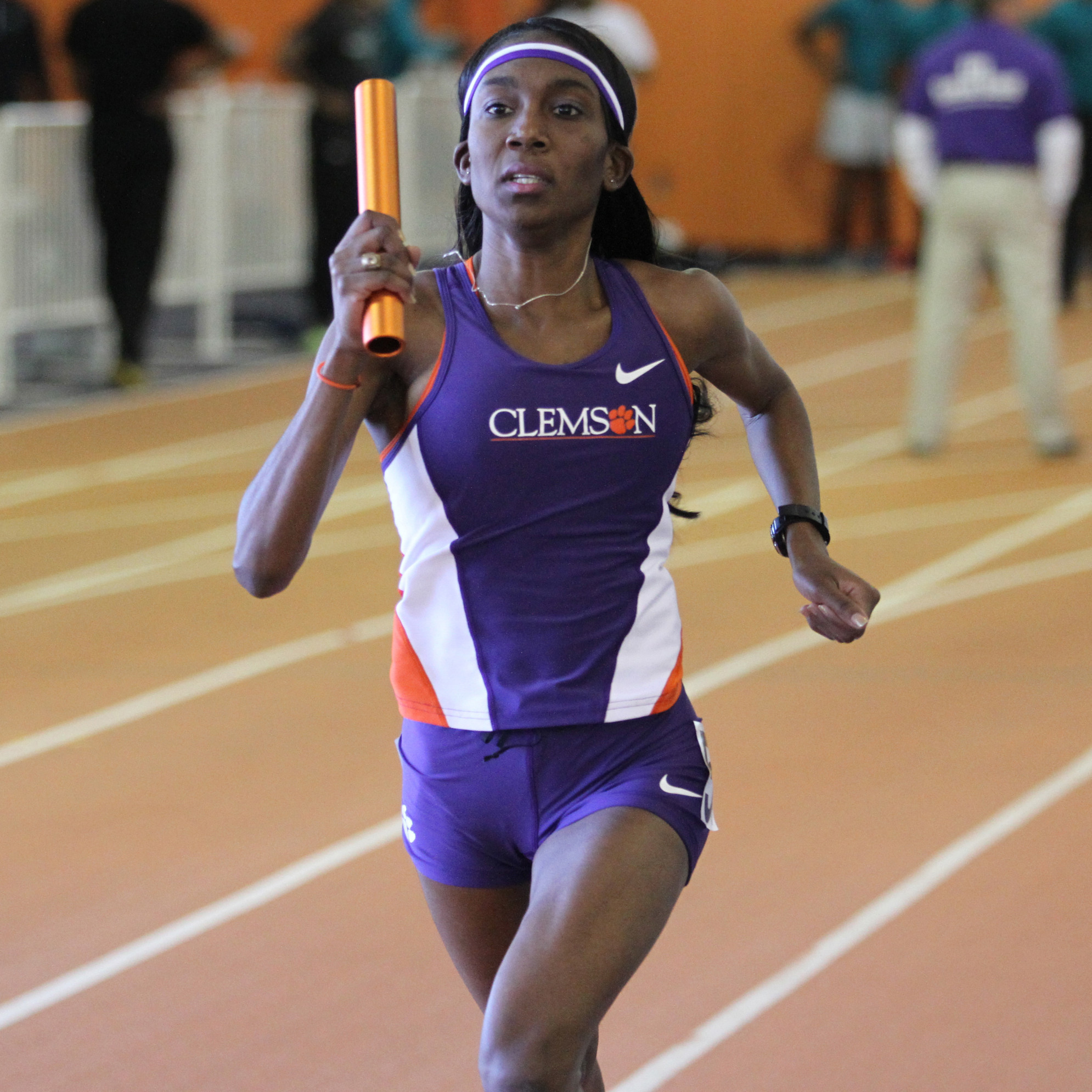 CLEMSON, S.C. — The women’s 4×400 relay defeated host Texas A&M in the closing event Saturday to highlight an impressive day of action at the Aggie Invitational. Clemson’s women, ranked 24th in the latest USTFCCCA poll, finished second to A&M in the team score, while the Tiger men were third following a 4×4 disqualification.

The team of Olivia James, Nia Fluker, Samantha Elliott and Natoya Goule combined to a season-best 3:34.77, the third-best time in program history. The Tigers’ time also puts them fourth on the NCAA performance list this season. Clemson made up time on A&M over the final two legs, capped by Goule’s sizzling 52.18 split on the anchor.

Elliott continued to show her winning ways in the 60 hurdles, taking the top prize with a time of 8.38 in the final. Elijah Britton was Clemson’s top male hurdler, as he was edged in 7.97 by a nose. Justin Johnson placed third (8.06).

Tevin Hester collected a runner-up honor in the men’s 200 dash. The junior posted a personal best time of 20.97, moving up a couple of places in Clemson’s record book. The 200 was not the only productive sprint for the men’s team, though. Michael Cheeks placed third in 46.74, a personal best and the No. 5 time in school history. Cordell Lamb was fifth in 47.68.

Goule and James took third and fourth, respectively, in the women’s 400. Goule clocked a season-best 53.33 and James 53.73, both of which were top-five times in Clemson history.

Grace Barnett took third place in the women’s 800. The redshirt freshman continued to display her speed, finishing in a personal best 2:07.96, the fifth-best time in program history. Tanisha Coppin and Brianna Blanton took fifth and sixth, respectively, with season bests.

Cameron Thornton returned to the site of the first school he attended, and the A&M transfer ran well in the men’s 800. He posted a season-best 1:51.52 and finished fifth, just ahead of Jorel Bellafonte (1:52.67).

The Tigers had two wins in the field Saturday. Mimi Land led a 1-2 finish in the women’s long jump after connecting on a mark of 19-2.75. Anasterasia Terrell took second in 18-10.75. Land also had Clemson’s best performance in the triple jump, a third-place leap of 40-11.75.

Torian Ware had his top performance of the season, clearing 7-0.25 on his second attempt to win the men’s high jump.

In the throws, James Plummer put together another personal best, taking fourth place in the 35-pound weight. The sophomore hit a mark of 60-9.5, putting him sixth on Clemson’s all-time performance list.