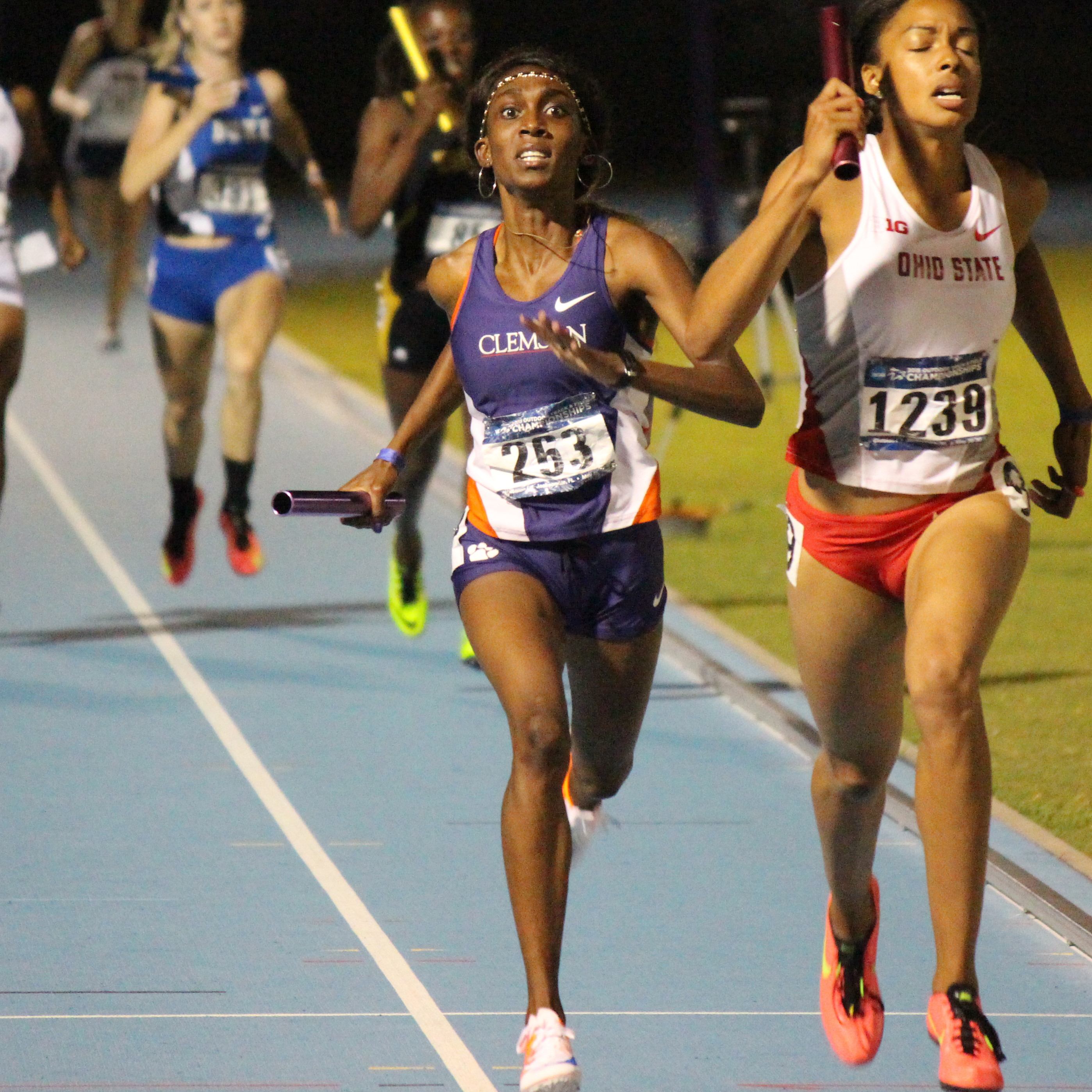 JACKSONVILLE — Clemson added eight bids to its total for the NCAA Outdoor Championships on Saturday at the East Preliminary Round at the University of North Florida. The 4×400 relays capped the meet in grand fashion, both qualifying for the national semifinals in Eugene, Ore. The women’s team did it in record-breaking style, running 3:28.59.

Deja Parrish, Olivia James and Malayshia George put the Tigers in third position, and handed the baton to anchor leg Natoya Goule. The Tiger superstar posted a sizzling 50.4 split and tracked down one of the two sprinters ahead of her to finish runner-up in the third quarterfinal. The men — running without traditional anchor Jeffrey Green — made it as the last qualifier in 3:06.61. The team was composed of Cordell Lamb, Michael Cheeks, Jorel Bellafonte and Justin Johnson.

In the first race of the day, the women’s 4×100 relay was smooth from the start, with Whitney Fountain’s opening leg putting the Tigers out front. Parrish, Sabria Hadley and Myasia Jacobs brought the baton home with a time of 43.75. The men were one hundredth of a second shy of qualifying, placing 13th overall.

Tevin Hester continued to showcase his speed, finishing second overall in the 200 with a time of 20.21. He did not lose any of his four individual heats, and moves on in the event for the first time in his outdoor career. Hester is the first Tiger male to qualify in both short sprints at the outdoor national meet since 2011.

Samantha Elliott and Johnson both made it to Eugene in the high hurdles. Elliott was the fastest of the non-auto qualifiers at 13.13, while Johnson came back strong over the final half of his race to earn his first-ever NCAA bid.

Iana Amsterdam earned her first NCAA Outdoor Championships qualification with an impressive second attempt in the triple jump. The sophomore from New Jersey hit a leap of 42-8, right at 13 meters. It propelled her to a fifth-place finish.

Shai Carpenter gave Clemson a men’s triple jump qualifier, as the senior leapt to a mark of 51-10 on his third and final attempt. That pushed him to eighth place and in the Eugene field for the first time in his career.