After the meet, Clemson head coach Mark Elliott said he was encouraged.

“We would have liked to see everyone who competed today get in and make the finals on Saturday,” said Elliott. “With Rebekah running her season best and the 4x100m running their season best, I was definitely pleased. I think the efforts today were great. We have everyone - except for one person - who competed today returning next year, and we’re excited about that. Again, I was just extremely pleased with the efforts across the board today.”

Smith, Mallard, Hill and Lawrence achieved their season best of 43.69 seconds, placing fifth in heat No. 1 and 13th overall. The tandem became the 11th 4x100m All-America recipients in the event in Clemson history. Clemson has now earned that achievement in eight of the last nine years, including the last three. 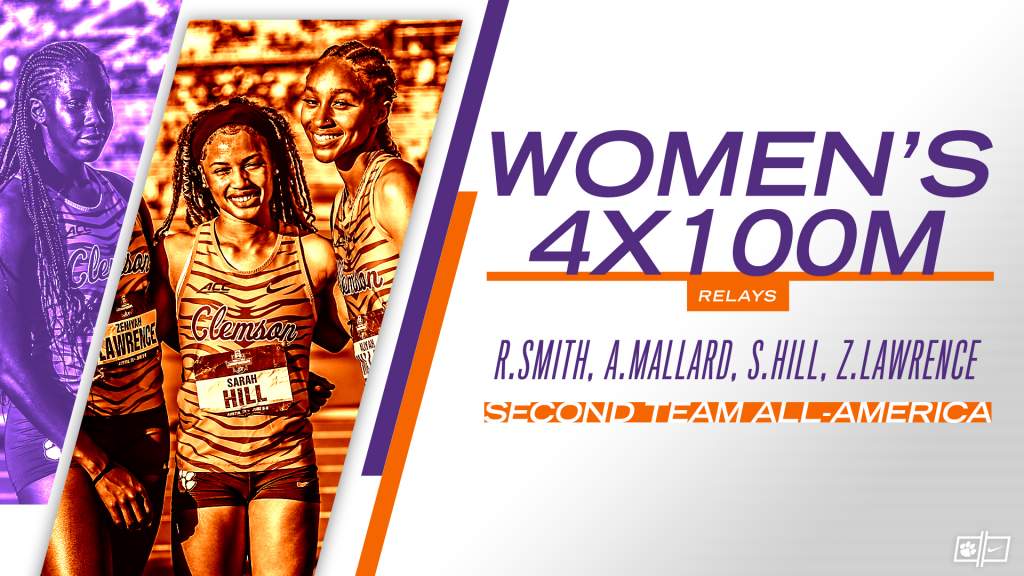 Smith captured her first career All-America distinction in an individual event. The junior ran her season best – 11.27 – to ring up a sixth-place finish in heat No. 2. Her time was good for 14th overall. For her career, Smith is now a four-time All-American, the most distinctions among all current Tigers. 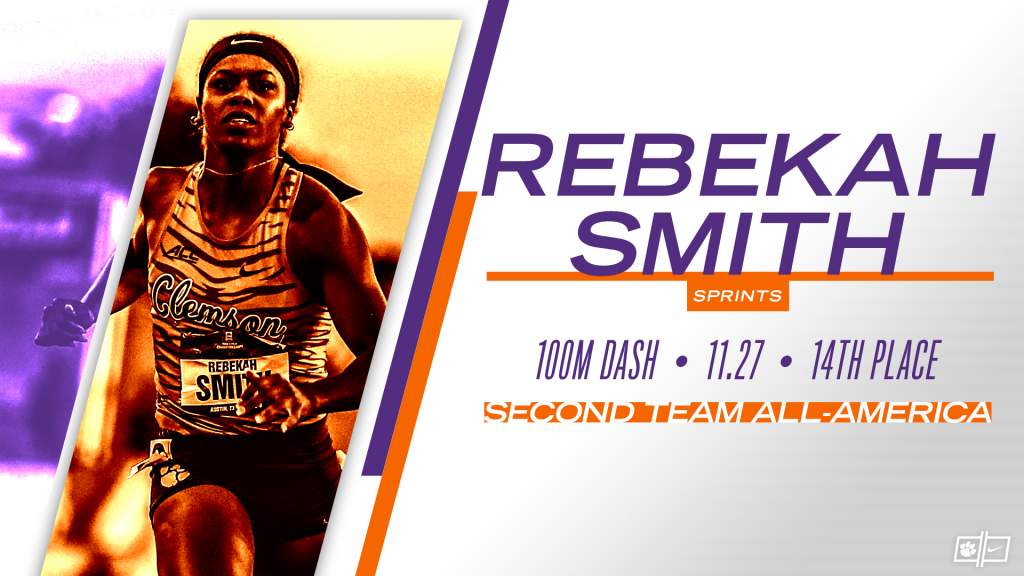 Roje Stona and Grant Voeks conclude the Clemson men’s 2019 season Friday, June 7 at the Mike A. Myers Stadium. Stona and Voeks are set to compete in the discus finals, which are slated for 8:05 p.m. (EST) on ESPN3. Stona, a freshman, is the top-seeded thrower. This year marks the first time in Clemson history the Tigers have had two discus throwers at the same NCAA Championship.