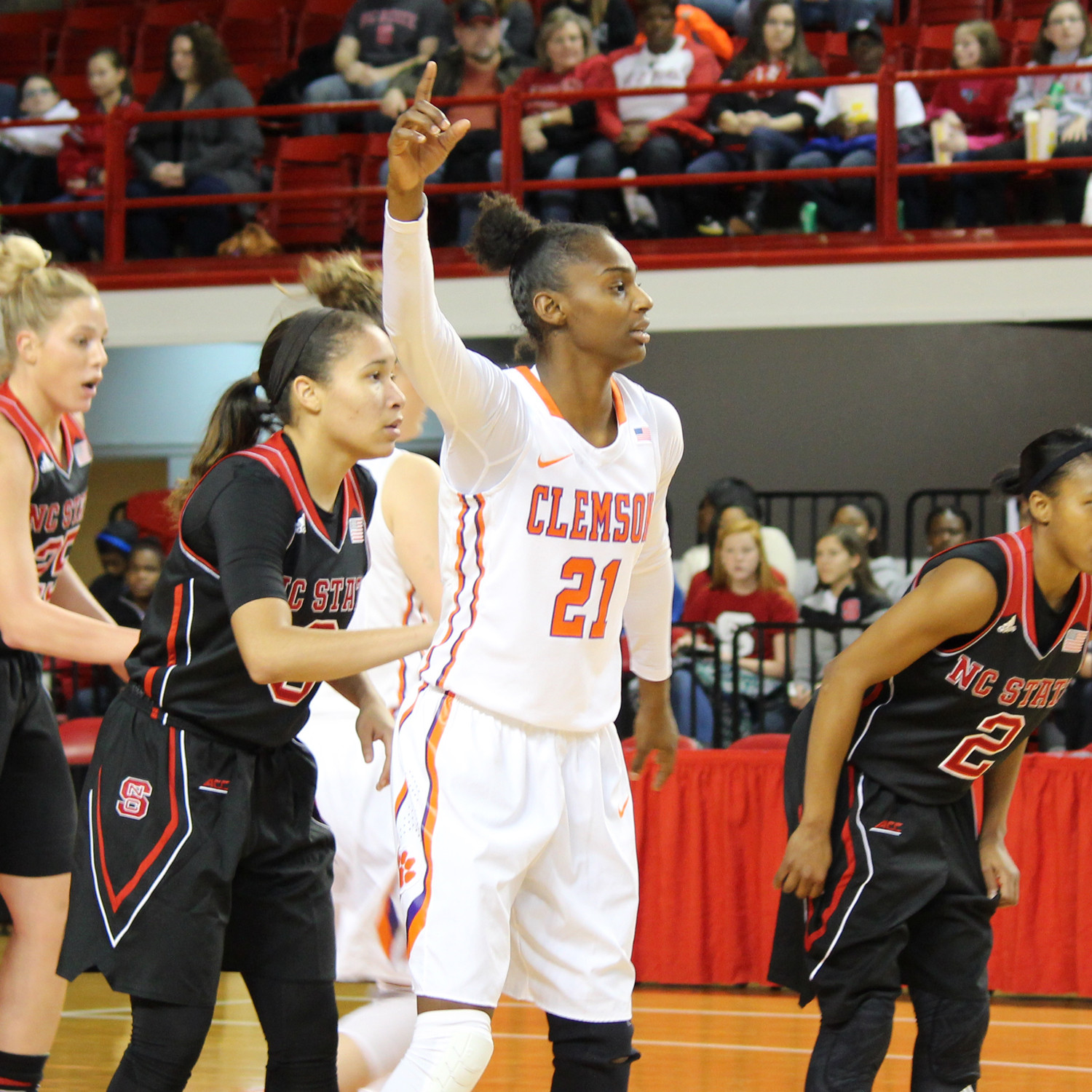 Senior Chelsea Lindsay played one of her best all-around games in front of several family members (she is from Durham, N.C.), tallying eight points, six rebounds, four assists and four steals with no turnovers in 35 minutes of play.

Dixon, who entered the game with 1,394 points, passed Geren (1995-99; 1,402 points) early in the second half and tied her former head coach, Itoro Umoh Coleman (1995-99, 1,409 points) before fouling out late in the second half. Dixon accomplished the milestones against Niki Blassingame, a teammate of both Umoh and Geren at Clemson, who is the associate head coach for the Wolfpack.

Dixon’s 15 points (7-14 FG, 1-2 FT) led the Tigers, and she is averaging 17.5 points per game in league play, among the top ten marks in the conference. She also added a team-high eight rebounds. For the season, she is averaging career-and-team bests of 15.8 points and 6.0 rebounds per game.

Freshman Justice Wright had career-bests of four points and three boards in the contest as well.

NC State used a 20-5 run over a seven-minute stretch in the first half to take a 32-12 lead with 7:25 to play frame, largely on the back of four three-point makes. The Wolfpack led by as many as 29 in the second half before the Tigers cut the lead to 16, but could get no closer.

The Tigers’ next contest comes on Thursday, Jan. 10 in Coral Gables, Fla. against Miami.