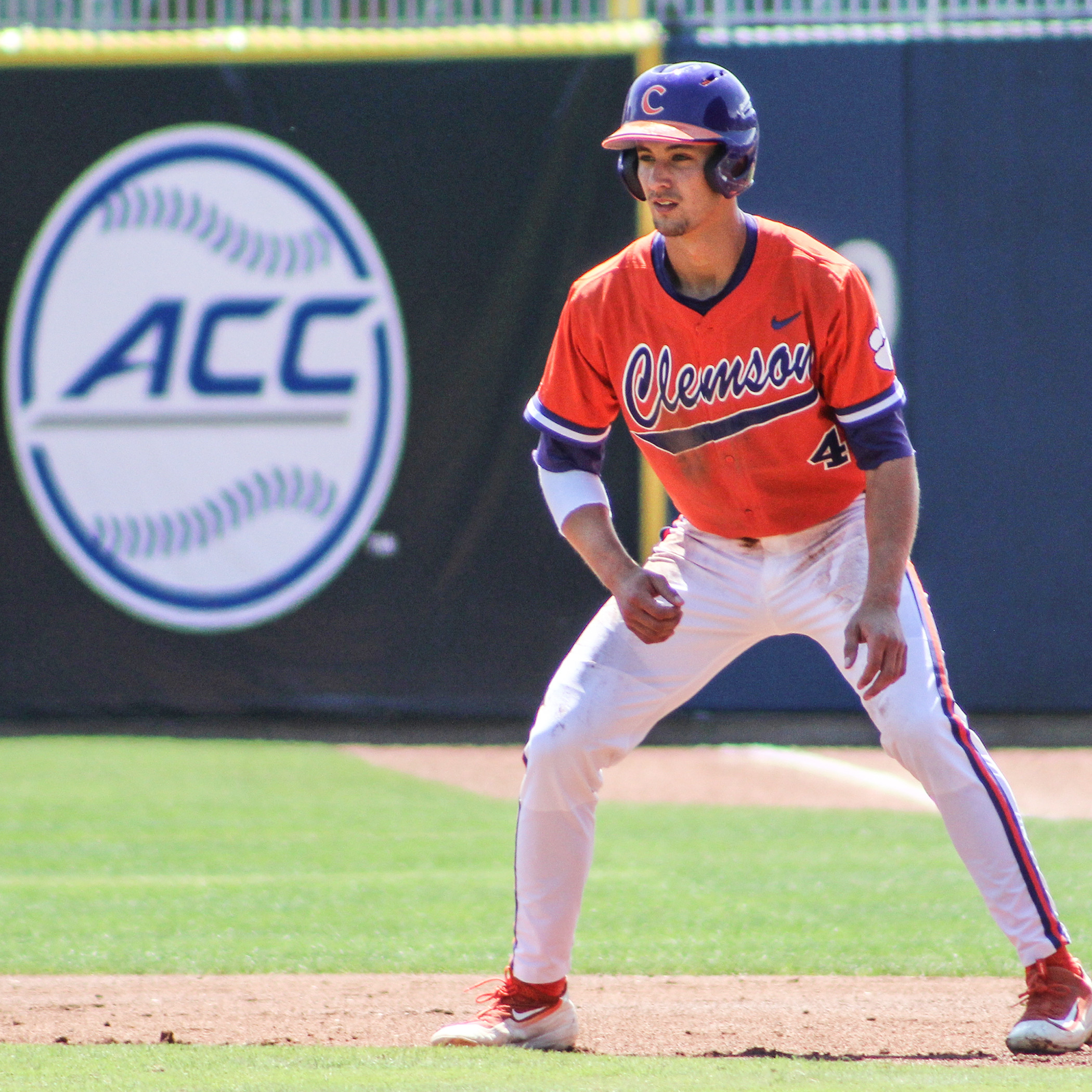 DURHAM, N.C. – Clemson has done something in head coach Monte Lee’s first year that it hadn’t managed in the previous nine seasons…the Tigers are headed to the ACC Championship game.

And it’s probably fitting that the game that sealed Clemson’s trip to the title contest was won in come-from-behind fashion and on a wild pitch in the ninth inning.

The Tigers have found different ways to manufacture runs at all points of the game throughout the season, and Lee has repeatedly emphasized the importance of how his team’s ability to maintain focus late in games is a marker of a successful squad.

“I’m very proud of my ballclub. It was a gutsy win for us, a come-from-behind win, which we’ve done time and time again, so our guys didn’t panic. Our guys didn’t press. We stayed the course, which is what we’ve done all year long, and we found a way to get it done.”

Part of what has defined Clemson’s ability to come from behind is the way that any player in the lineup can come up with a clutch hit, defensive play or pitch, something that players and Lee alike have praised all season.

Against Wake Forest, that quality manifested itself in another ACC Tournament homer from Mike Triller, a walk from Jordan Greene that led to a two-run, game-tying long ball from Chase Pinder and of course, K.J. Bryant scoring the winning run on the wild pitch in the ninth inning. But even that only happened because Seth Beer was hit by a pitch and Chris Okey moved him to third with a double.

Clemson will face Florida State in the ACC Championship game on Sunday morning, and Seminole head coach Mike Martin has also been impressed with the way that the Tigers have put together entire team efforts to find success.

“Clemson not only has an outstanding freshman in Seth Beer, they have an outstanding team,” expressed Martin. “They play solid baseball. And they are really, really playing well now. When we played them, I guess it was about five weeks ago, they were not the same-looking club. This club is different, and they are going to be tough to beat in the postseason. They are darned good.”