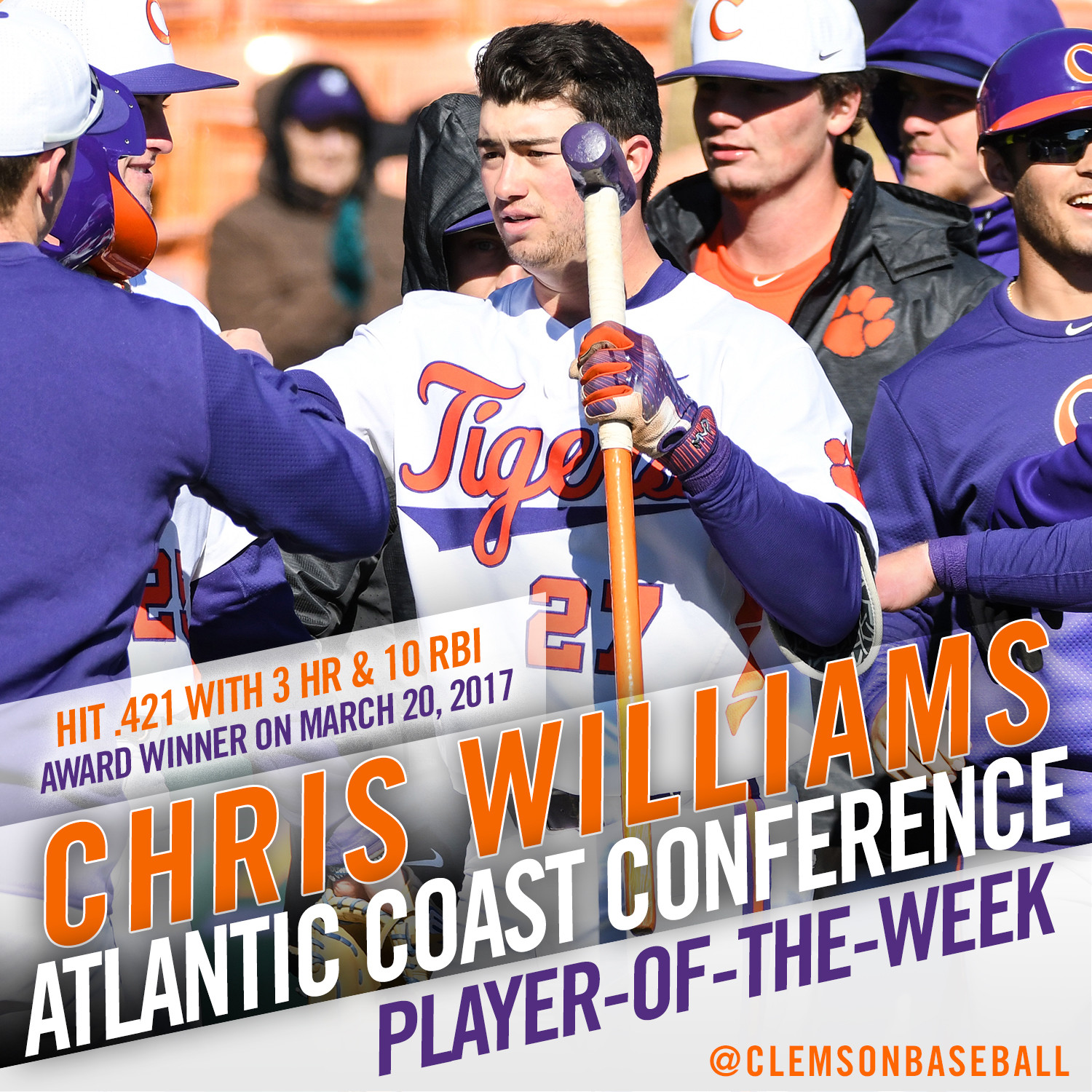 Williams hit .421 (8-for-19) with three home runs, two doubles, 10 RBIs, three runs, two walks, a hit-by-pitch, 1.000 slugging percentage and .478 on-base percentage in leading Clemson to four wins in five games last week. He had at least one hit in all five games, including each of the games against No. 11 Virginia. He also caught all 45 innings behind the plate and did not allow a stolen base in one attempt during the week.