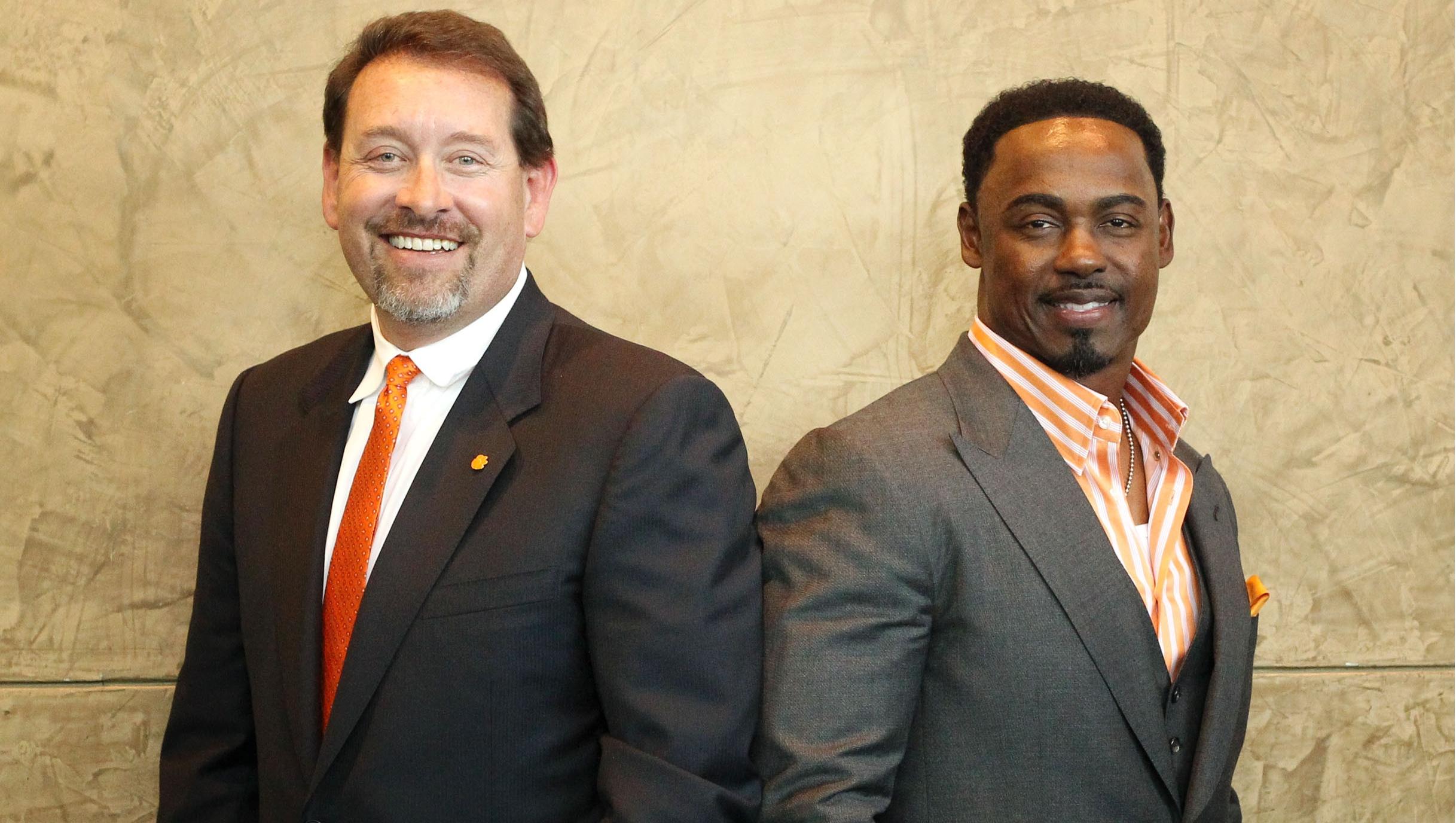 Dawkins was a three-year starter at Clemson in 1992-95. He finished his career at Clemson with 247 tackles and 11 interceptions. In 1995, he was named a second-team All-American by the Associated Press, and was first-team All-ACC in 1995.

Dawkins played for the Philadelphia Eagles in 1996-2008 and the Denver Broncos in 2009-2011. He was named to the Pro Bowl nine times and was named All-Pro six years.

Williams completed his Clemson career (1985-88) as the winningest starting quarterback in ACC history with a 32-10-2 overall record. He established Clemson career records for passing yards (4,647) pass completions (333) and pass attempts (717) while setting the career record for most starts regardless of position (44).

Williams was named most valuable player of the 1986 Gator Bowl and the 1988 Citrus Bowl.

Williams and Dawkins were two of eight being inducted. The other inductees include Edwin Bailey, Zam Fredrick, Monique Hennagan, Happ Lathrop, Randy Martz and Carl Short.

Watch Dawkins speak about being inducted and his fondness for Clemson in the video below, courtesty of WACH FOX: