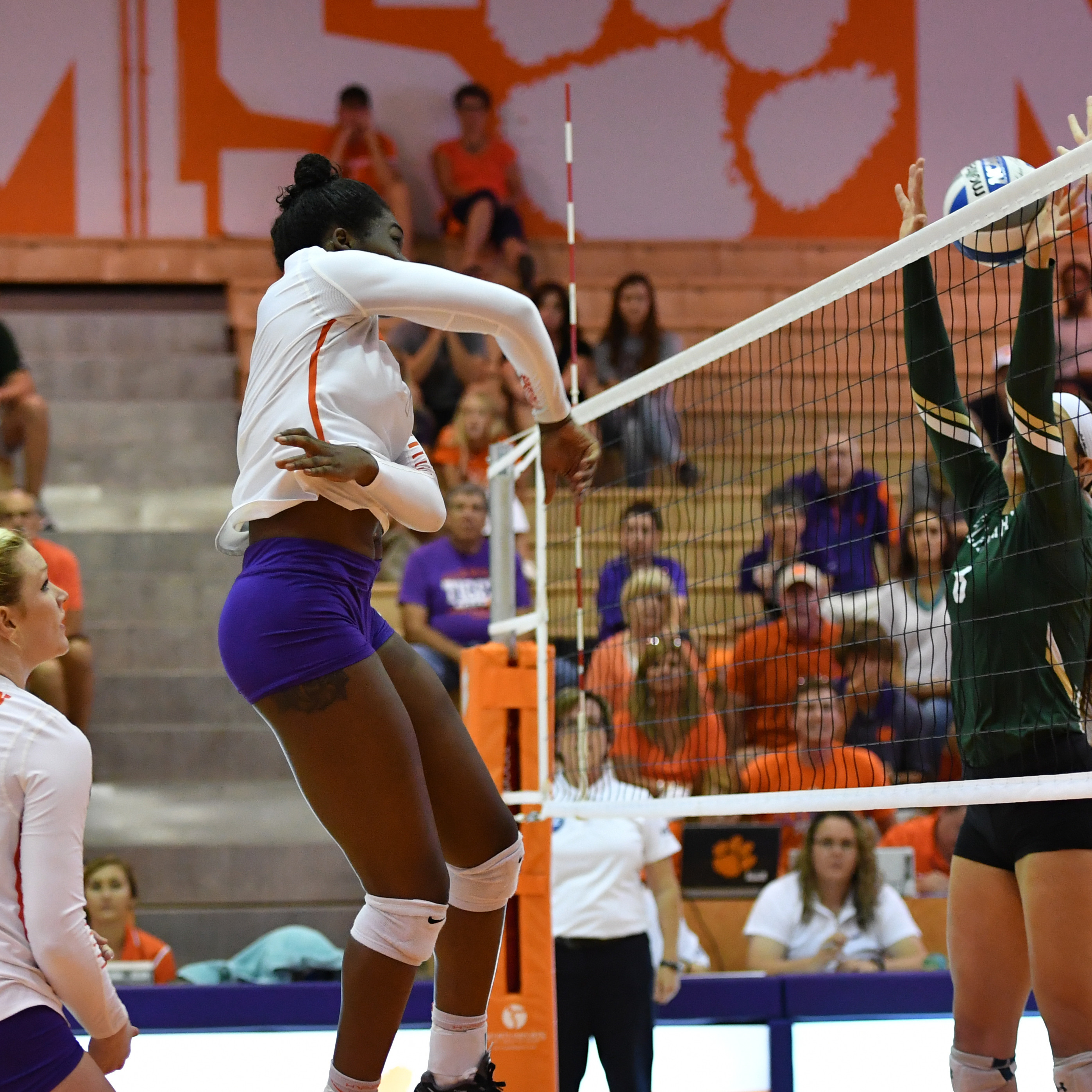 “There were a lot of positives but I wish we could have been better in close situations,” said head coach Hugh Hernesman. “It’s not often you outscore an opponent in a match and lose. That shows that we played at a very good level, now we just need to be more efficient and make better choices in tight situations.”

The Tigers started the match with a bang, hitting .480 in the first set with 14 kills to defeat the Tribe 25-15. Despite the statement set in the first, William & Mary responded by taking the next two sets, 25-22 and 25-18. With their backs against the wall, Harvell led the offense killing five balls on six swings for an .833 hitting percentage, fueling the 25-14 victory.

Clemson out-performed William & Mary in every statistical category other than service errors. The Tigers aced the Tribe 12 times with 12 errors while the opposition aced Clemson four times with just five errors.