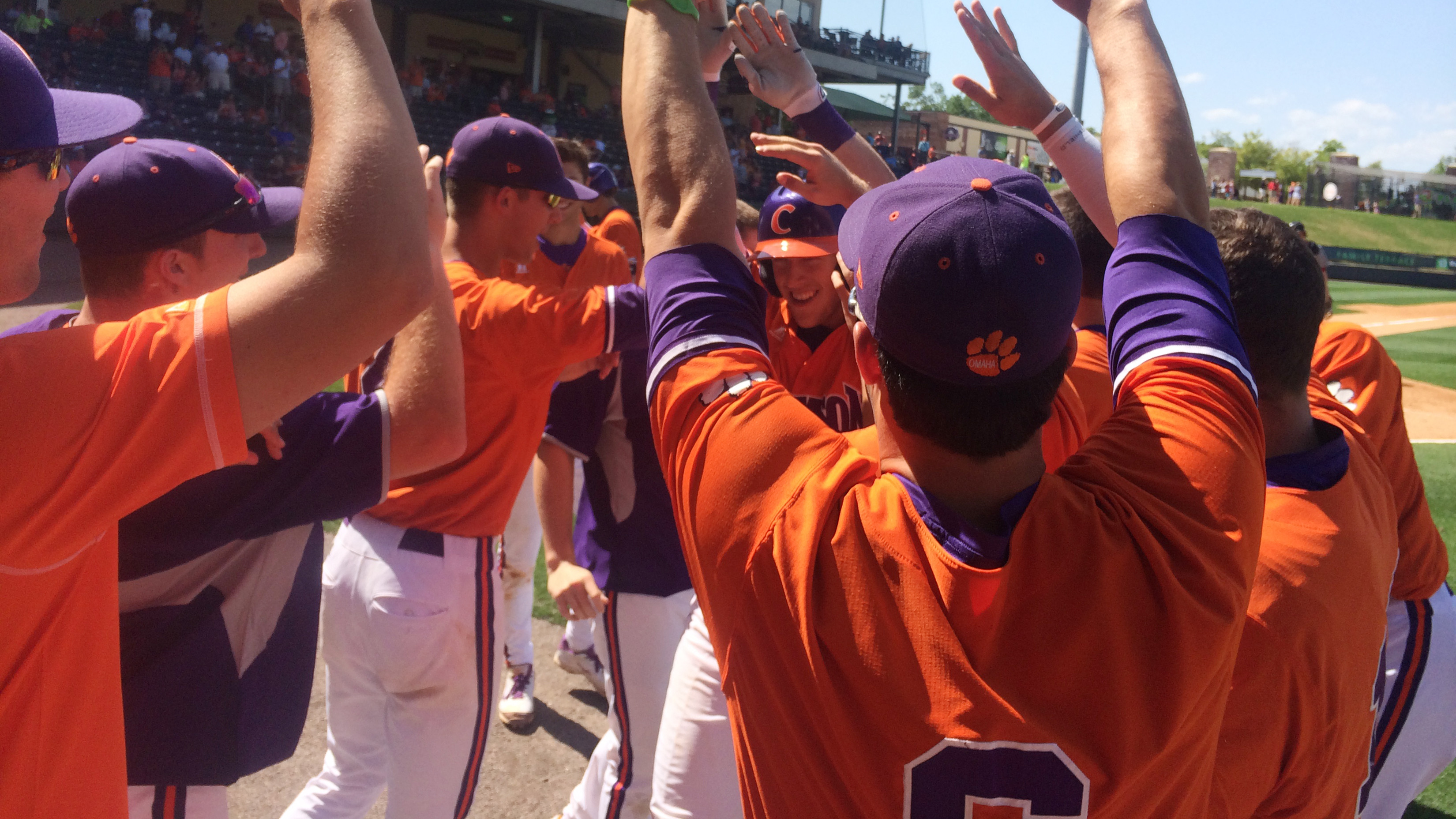 GREENVILLE, S.C. – Steve Wilkerson‘s solo homer in the sixth inning broke a 1-1 tie and the senior added a two-run single in the seventh inning as Clemson defeated UNLV 6-2 Sunday afternoon at Fluor Field. The Tigers (28-19) took a 1-0 lead in the two-game series against the Rebels (29-17) in the first meeting between the two schools since 2001.

Wilkerson’s fifth blast of the season in the sixth inning broke the 1-1 tie, then a run-scoring double by Jay Baum and Weston Wilson‘s RBI groundout later in the sixth gave the Tigers a three-run lead. In the seventh inning, Wilkerson laced a two-run single to give Clemson a 6-1 lead.