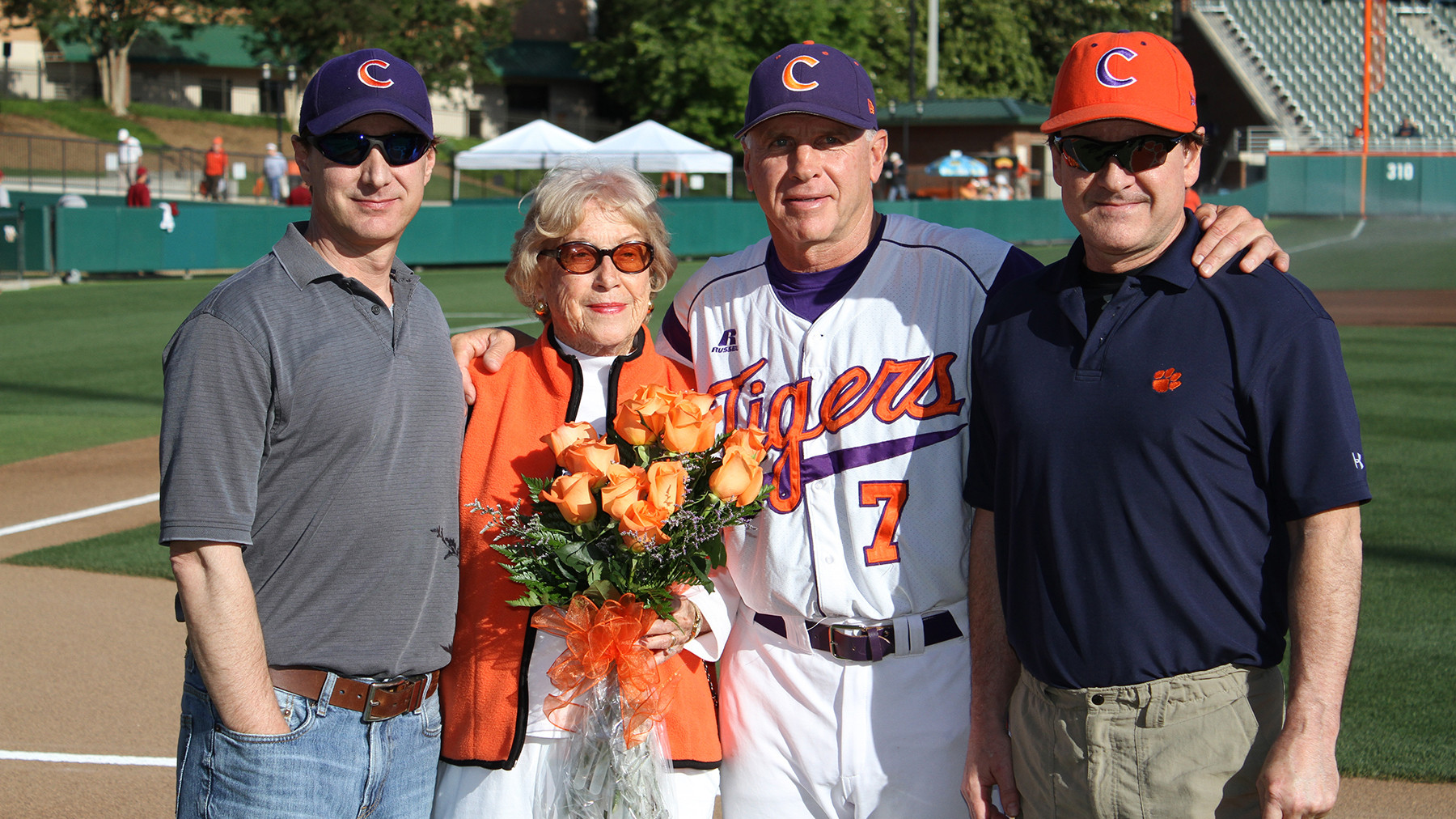 CLEMSON, S.C. – The late Bill Wilhelm, Clemson’s legendary baseball coach from 1958-93, was inducted into the Clemson Ring of Honor on August 31, 2013 during the Georgia football game. However, the program wanted to celebrate his induction at a baseball game this spring.

Prior to Thursday night’s game against Boston College, there was a drop-in to meet and greet the Wilhelm family (wife, Sarah Jane, and sons, Michael and Randall) in the McFadden Team Room. Then at Doug Kingsmore Stadium, some of his former players, including Rusty Adkins, Brian Barnes and Bill Spiers, took part in a ceremony recognizing his storied career.

In his 36 seasons as a head coach, all in Tigertown, Wilhelm amassed a record of 1161-536-10 (.683), making him the fifth-winningest coach in the history of college baseball at the time of his retirement.