Clemson, S.C. – Amari Robinson and Ruby Whitehorn combined for 43 of Clemson’s 79 points to lead the Tigers to a 79-54 victory over the Charlotte 49ers on Thursday night in Littlejohn Coliseum. The win moves the Tigers to 7-3 on the year and extends their winning streak to four games, while the loss drops Charlotte to 4-6.

Robinson’s team-high 22 points pushed her over the 1,000-point mark for her career. She also led the team in rebounds with seven and added a block. Whitehorn finished with 21 points on 9-of-14 shooting with five rebounds, one assist, one block and one steal to fill up the stat sheet. Daisha Bradford was the only other Tiger in double figures with 11.

Charlotte jumped out to a quick 11-6 lead in the first quarter, but Clemson used a 9-2 run to close out the quarter to take a 15-13 lead. Clemson continued to methodically add to the lead, using an 8-0 run to open a five-point advantage at the media timeout. Clemson used another 5-0 run to push the lead to double digits, then got a buzzer-beater from Whitehorn to take a 34-24 lead into the break.

The Tigers extended their lead to 15 points after Brie Perpignan and Robinson opened the scoring in the second half. Whitehorn and Bradford pushed things even further with points late in the quarter to give Clemson a 13-point lead heading to the fourth. Whitehorn, Robinson and Kionna Gaines took Clemson on a 9-2 scoring run to open the fourth before the Tigers cruised to a 25-point win.

Jada McMillian and Dazia Lawrence combined for 40 points of Charlotte’s 54 points on the night.

Clemson returns to action on Saturday afternoon taking on Western Carolina at 2 p.m. in Littlejohn Coliseum. 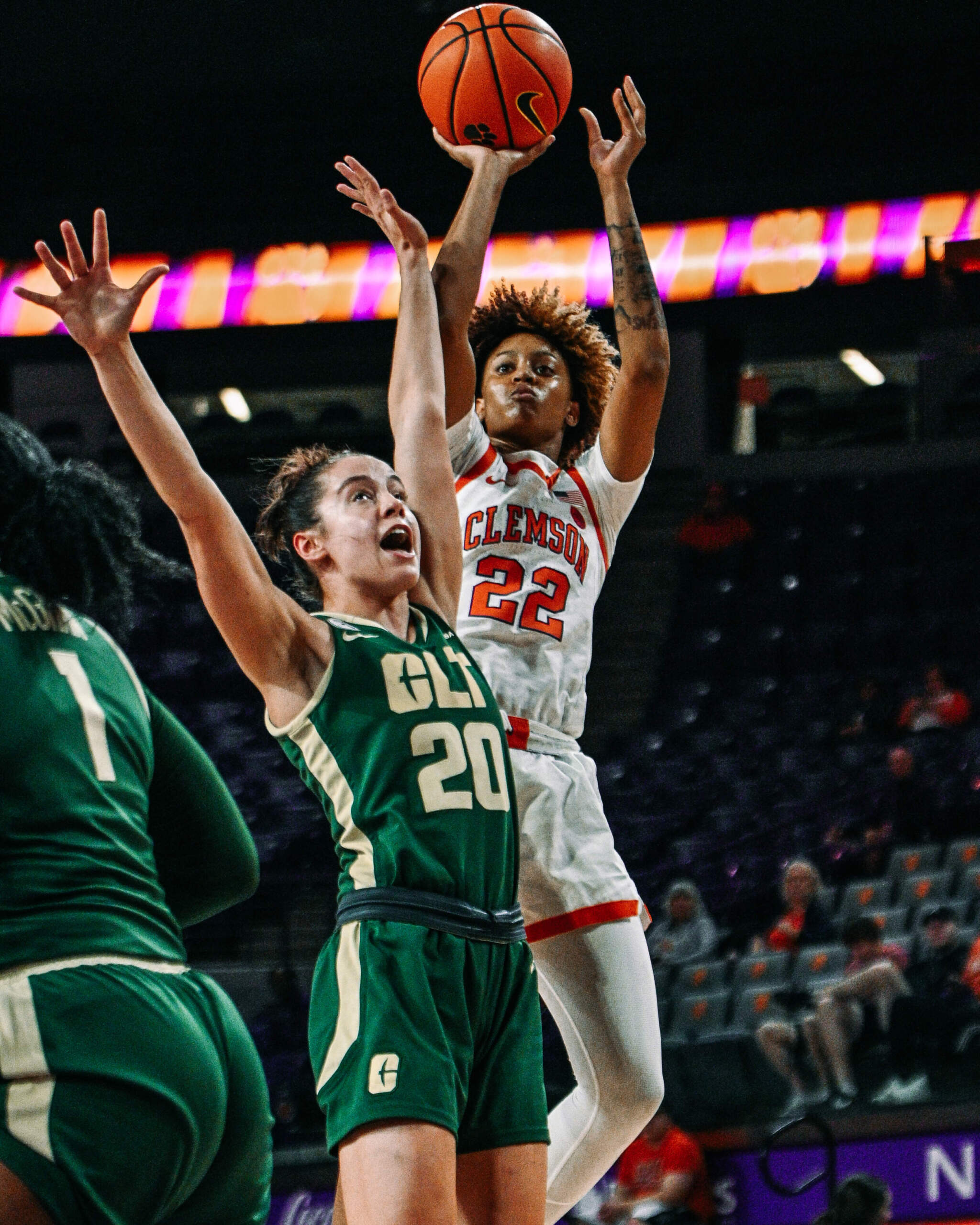 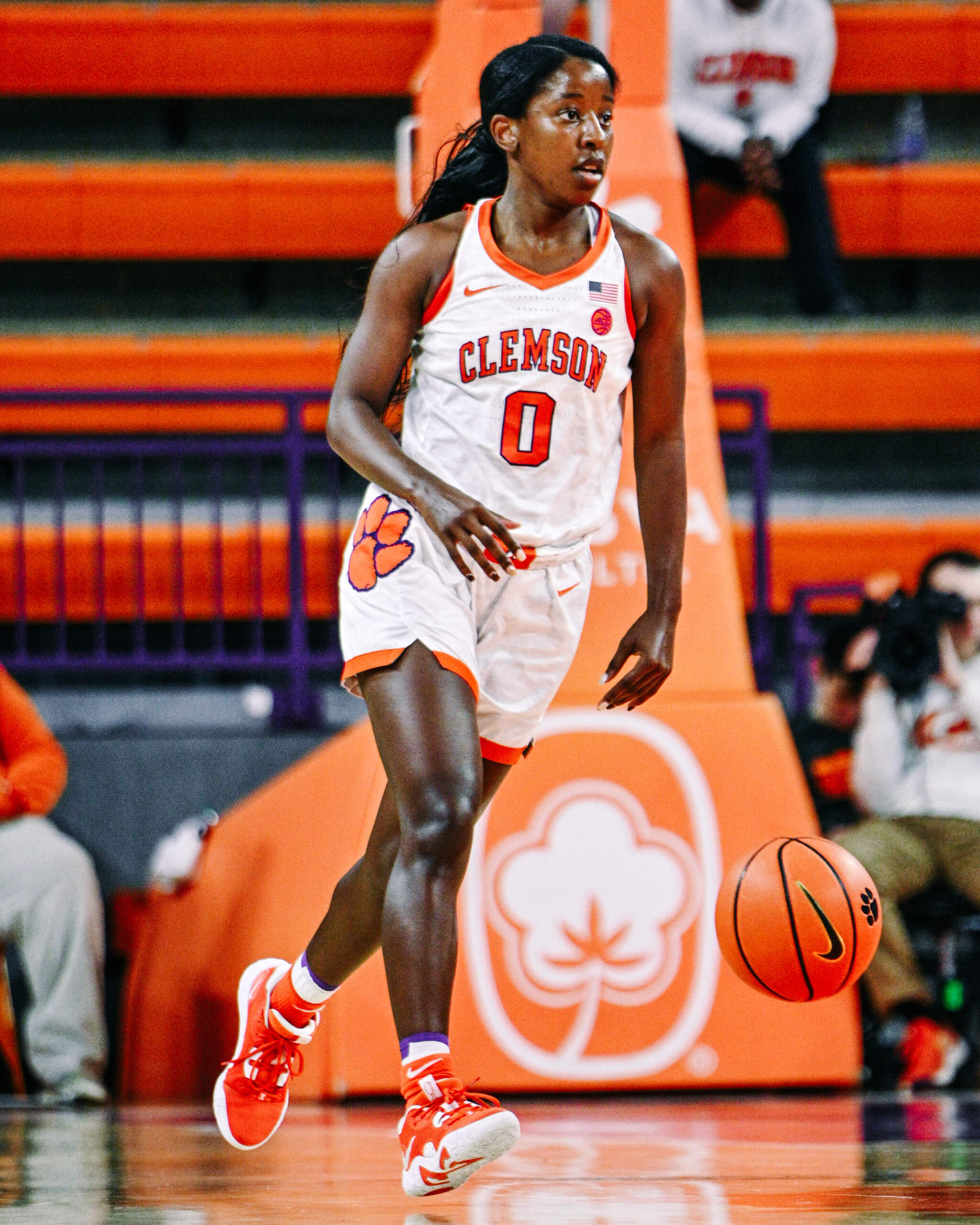 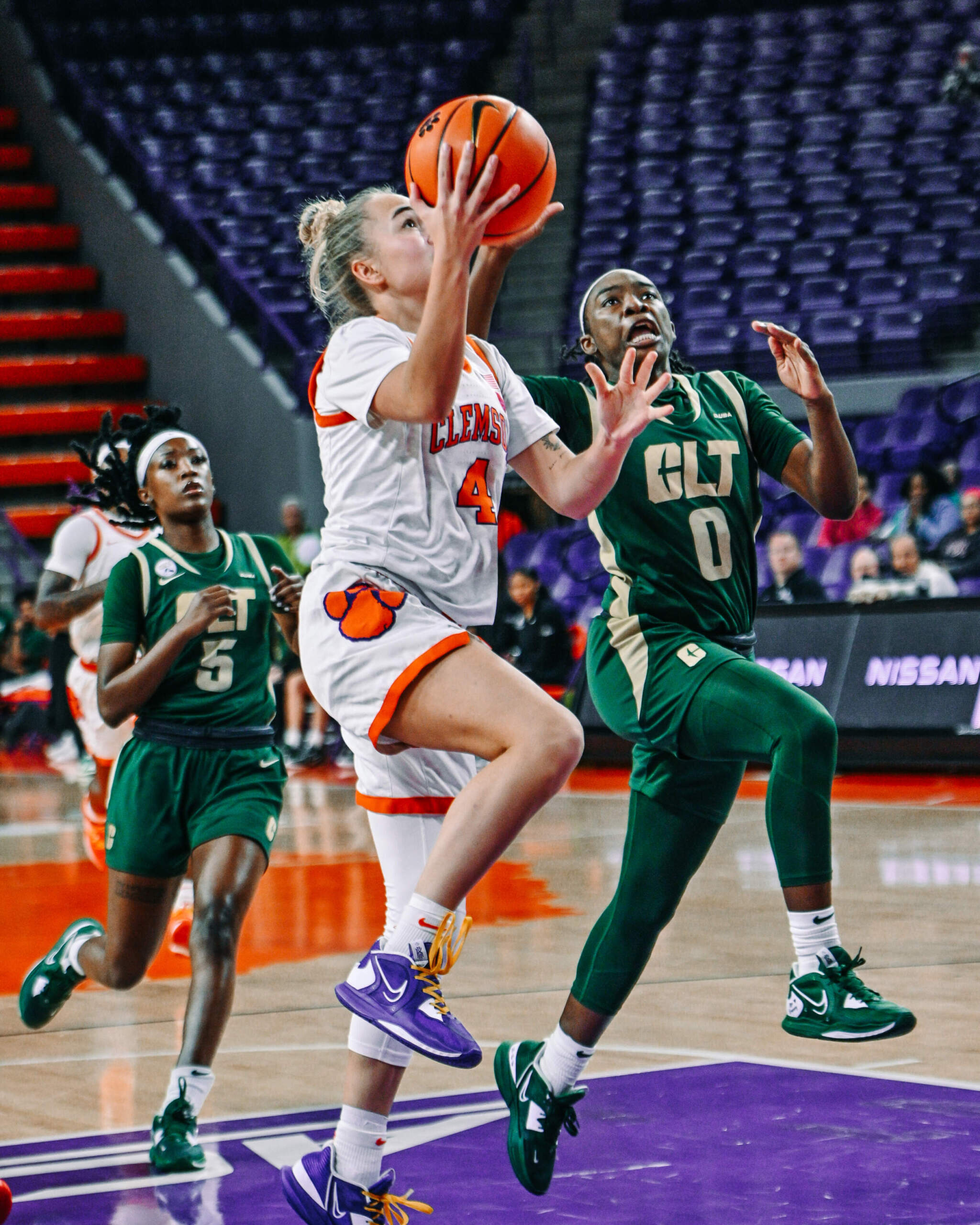 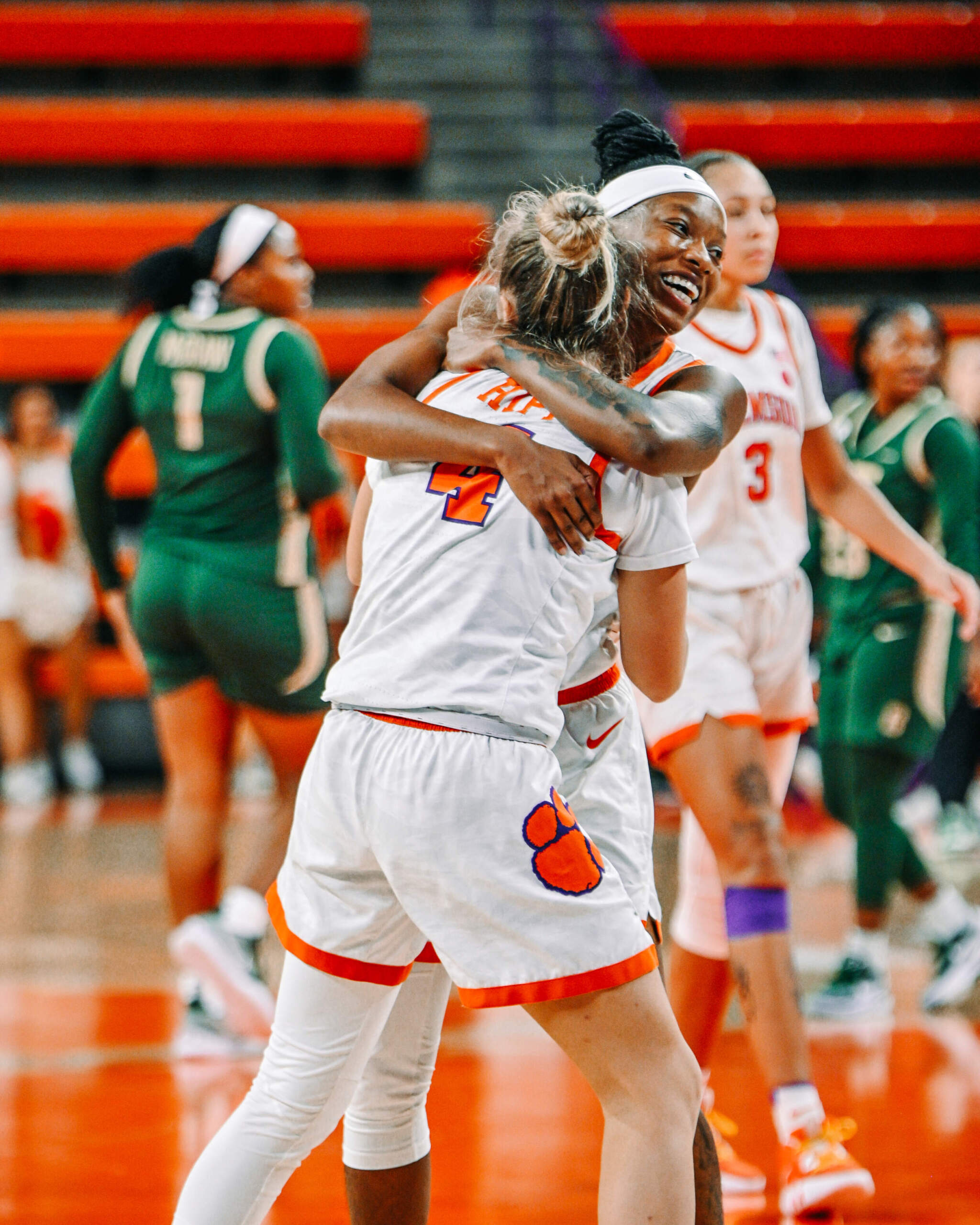 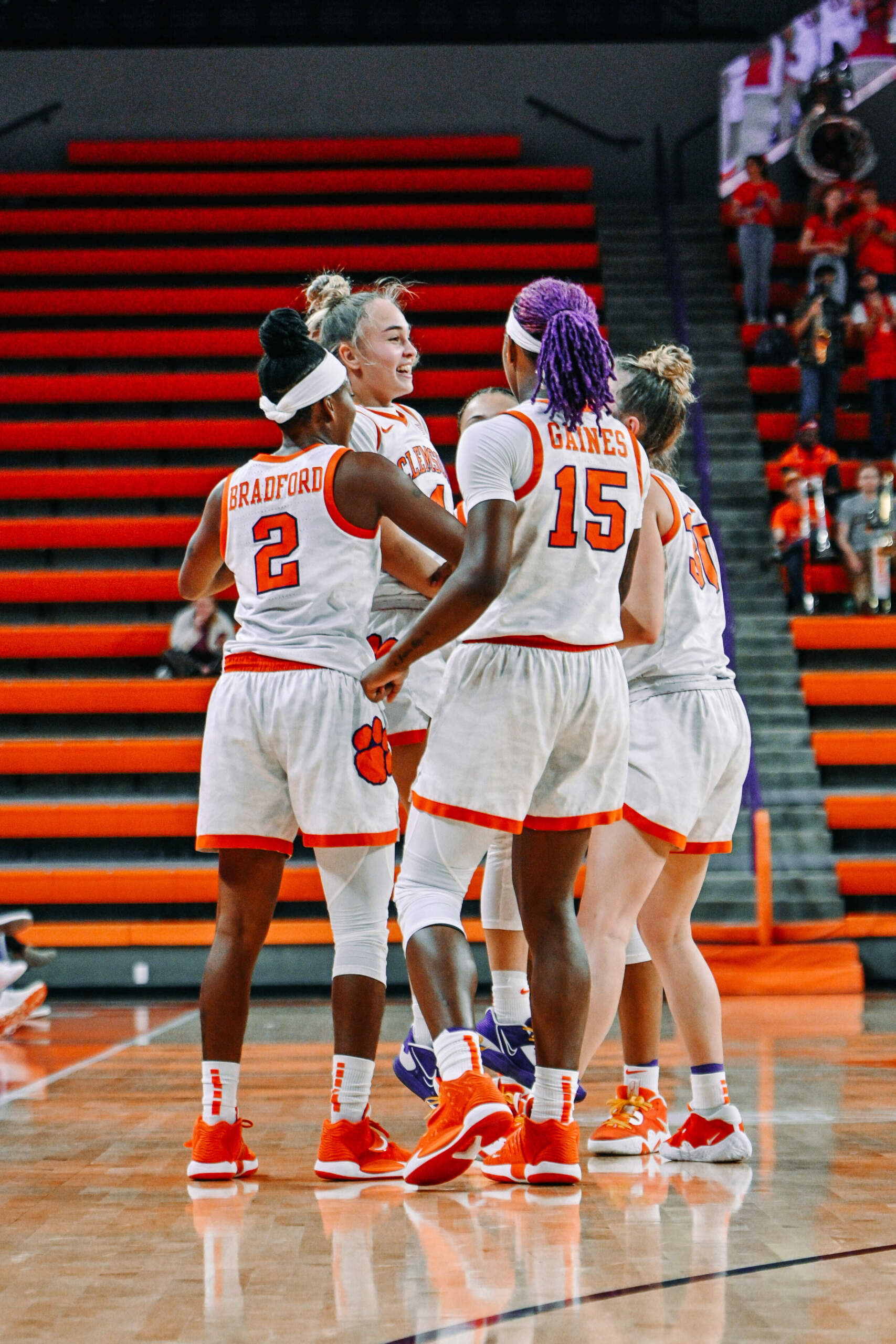 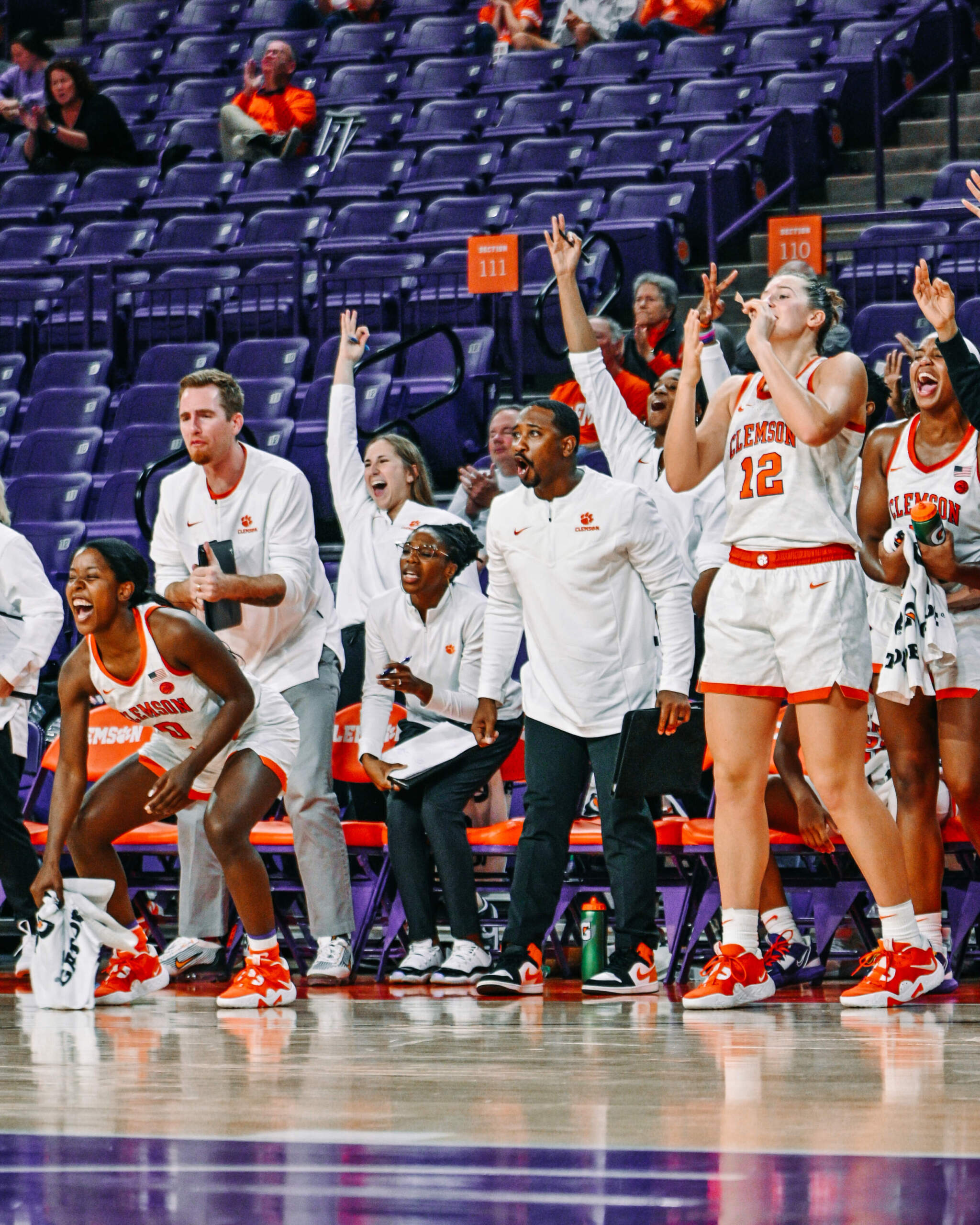 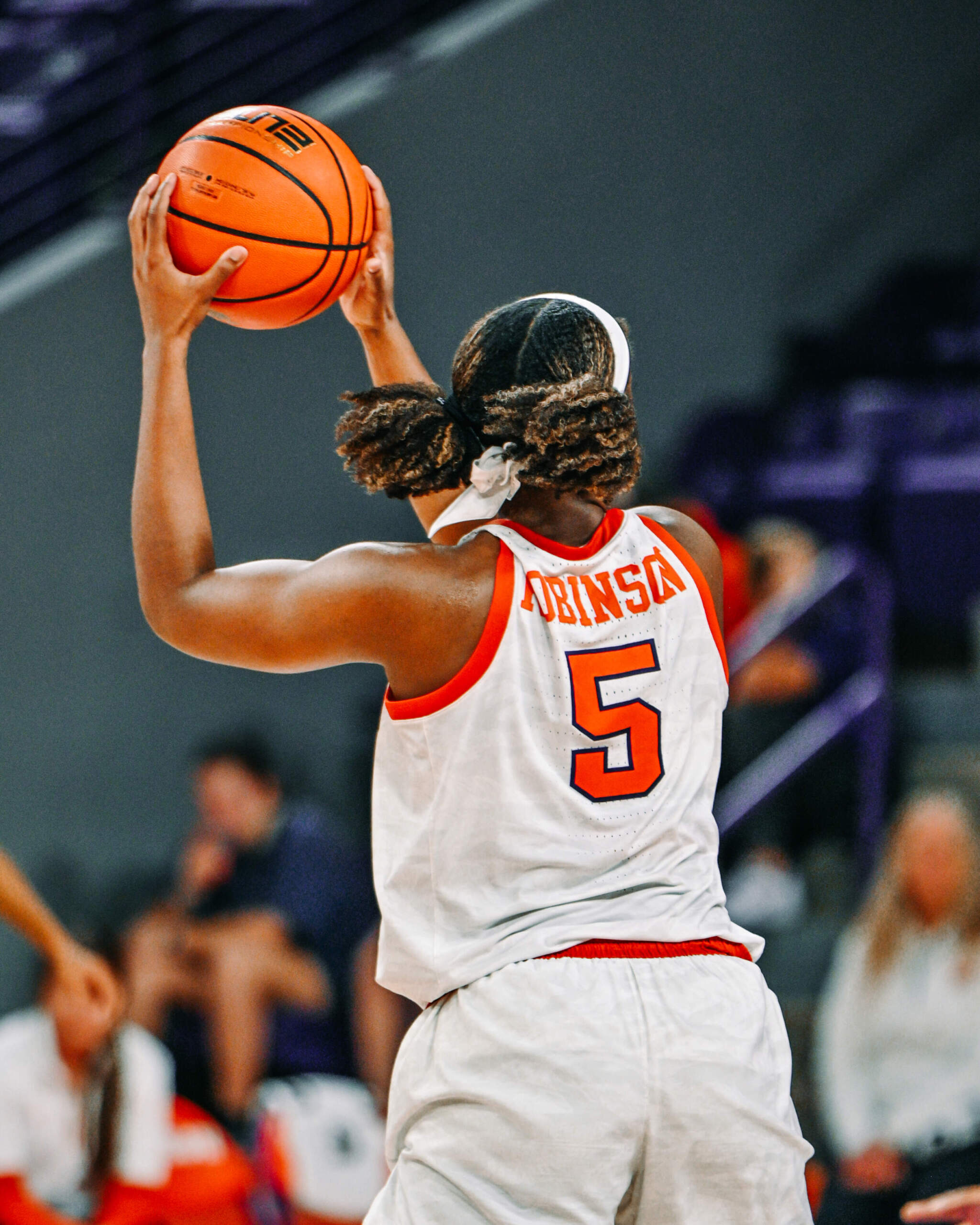 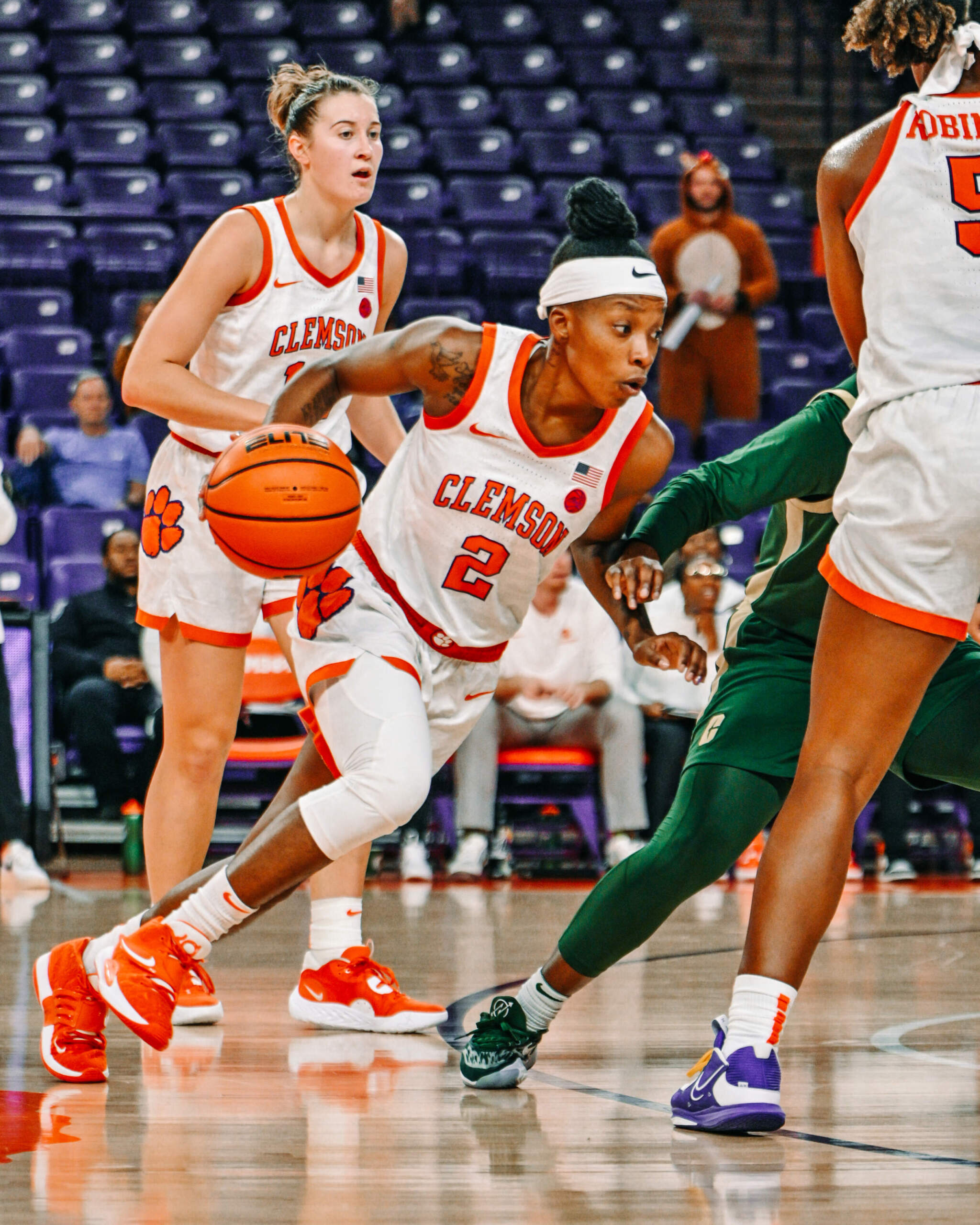 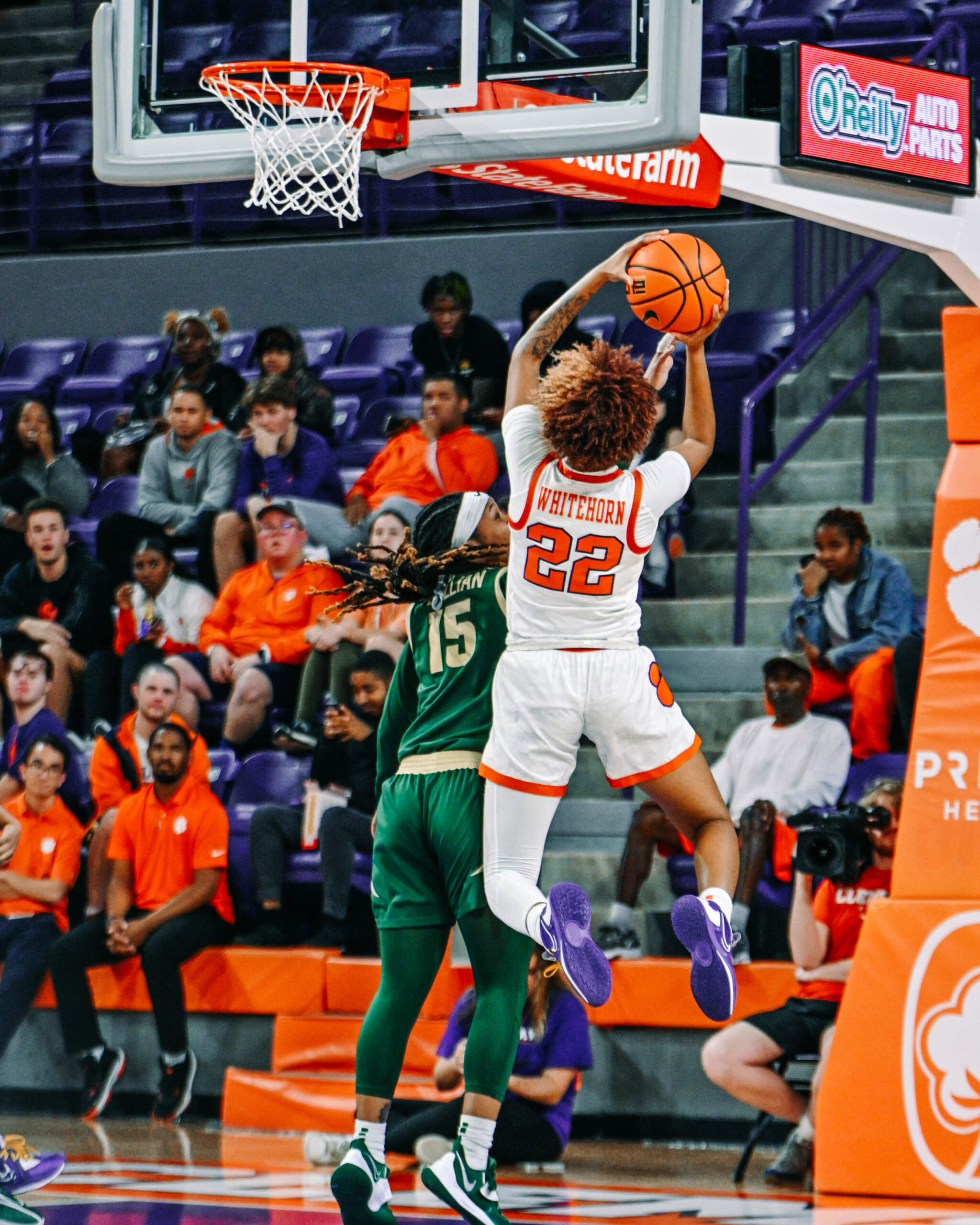 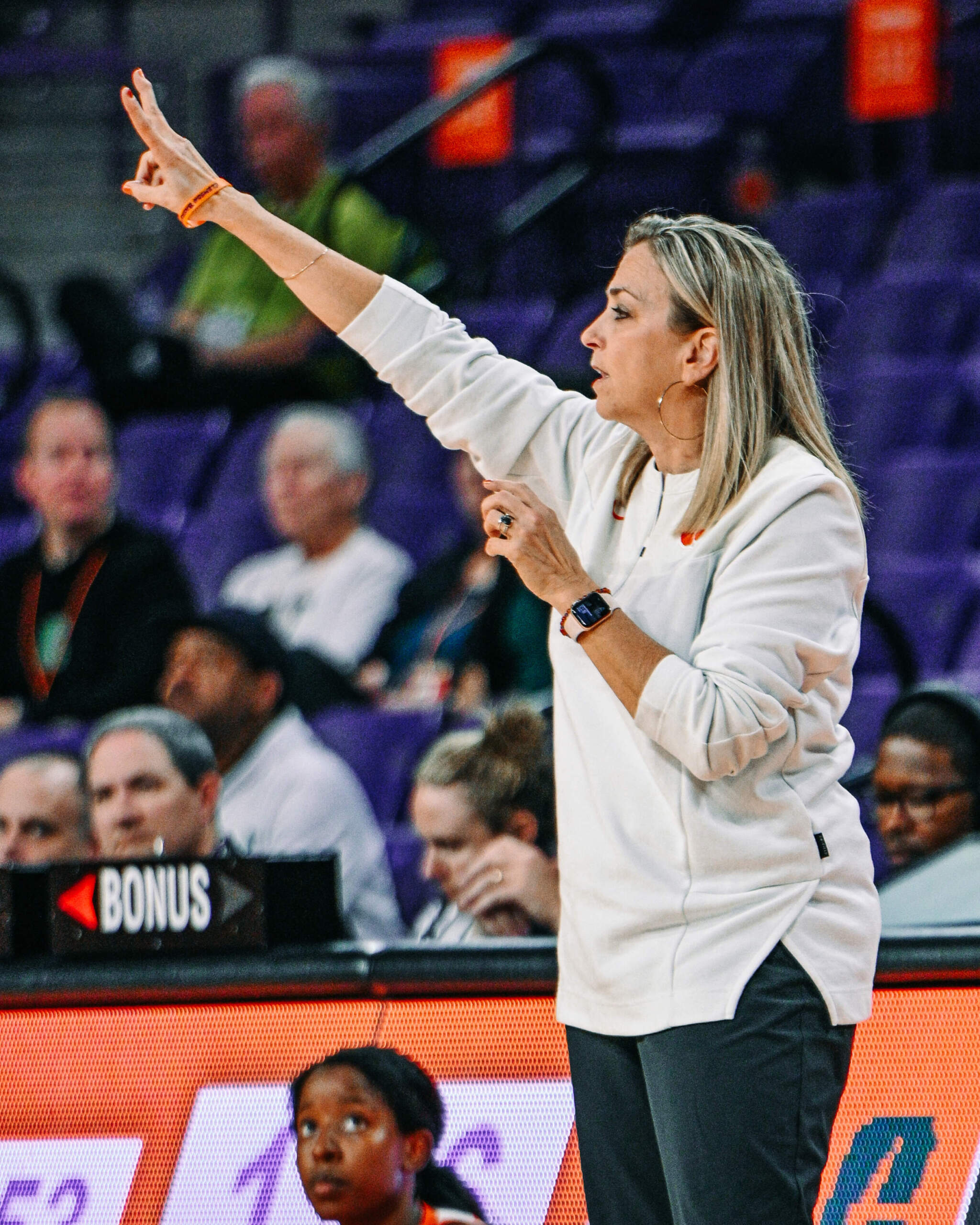