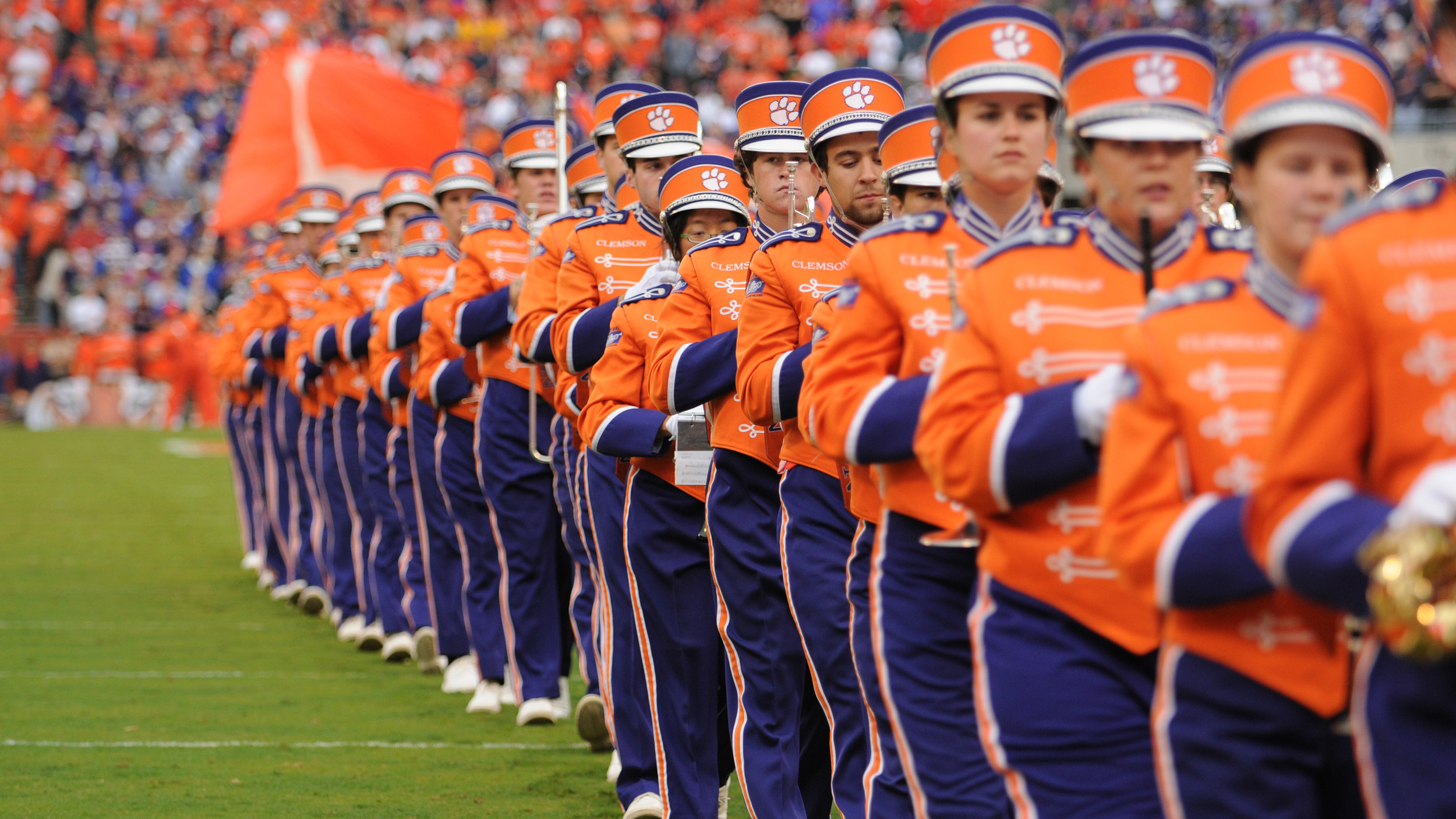 What Was Old is New Again

The history of fight songs at Clemson University is a long and interesting one. From the earliest days of Clemson College, the cadet band played the Army Song (“When the Caissons Go Rolling Along”). In 1935 Edwin Jones Freeman, a professor and an advisor to the band, wrote a tune called “Tiger Rah!” which became the university’s official fight song through 1947. It is a well composed tune, worthy of inclusion in Clemson’s traditions.

For the 2013 season, it has been polished off once again, and new, more modern lyrics composed, as well as the inclusion of the “C-L-E-M in Cadence Count” cheer. Join us in this “old” tradition as we re-introduce it during our pre-game performance with a new iconic formation everyone will want to photograph!