The Clemson Track and Field teams experienced another weekend full of success at the Clemson Indoor Track & Field Complex on Jan. 17 – 18. Saturday alone saw the Tigers register five marks that landed athletes on their respective event’s top-10 all-time list. The five marks brought the program’s tally to 14 top-10 marks over the opening three meets of the year. 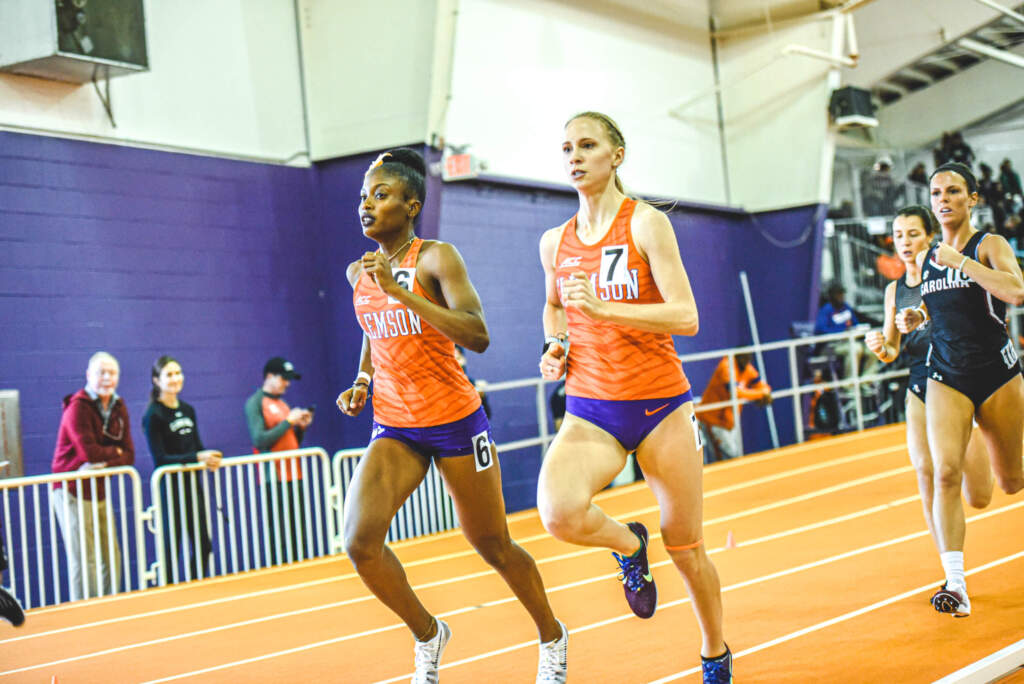 The pair of Andrea Foster, a senior from Georgetown, Guyana, and Laurie Barton, a redshirt-junior from Clemson, S.C., have established themselves as the nation’s best middle-distance duo through the early part of the season.

The two have toed the line together on three separate occasions, with the average difference in finishing time being a mere .35 of a second. While Foster holds a 2-1 advantage in the head-to-head series, the two have proven to be strong teammates throughout their races, perfectly executing tactics and leaving competitors in their wake.

When the two took to the line in the women’s 800m this past Saturday, they were the class of the field before the race even started. Exactly 2:05.30 after the gun had been fired, Foster had run a world-leading time, nation-leading mark, a personal best and the sixth-best time in program history. All of this was accomplished during her season debut in the event.

Barton’s time of 2:05.84 is good enough to be the third-best time in the nation, seventh-best in program history and the fastest time Barton has run since the NCAA East Preliminary Round on May 24th, 2018. 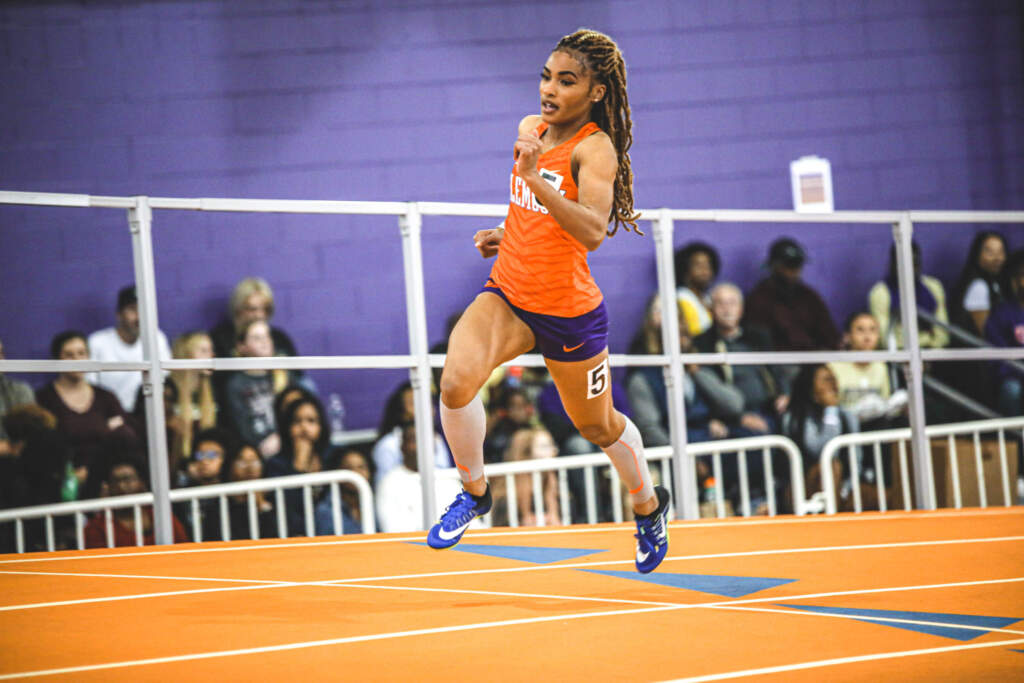 Sarah Hill has been on a tear this season, serving as one the Tigers’ best sprinters and asserting herself amongst the national leaderboard in a pair of events. Hill, who currently occupies the third position in the national rankings for the women’s 200m, earned the ranking after running one of her best races of the year this past Saturday.

An excellent start out of the blocks, followed by a furious pace coming out of the final curve, allowed for Hill to storm down the home-stretch towards a personal best performance of 23.55. Despite the excellent effort, Hill was not the event winner, as she had to chase Danielle Williams, who was the world’s top 100mH from this past summer’s Diamond League circuit, throughout the race.

Hill reflected on the performance by saying, “I wanted to really get out of the blocks. Once I hit the second curve I really hit it and finished the race really well. It was a really good race!” 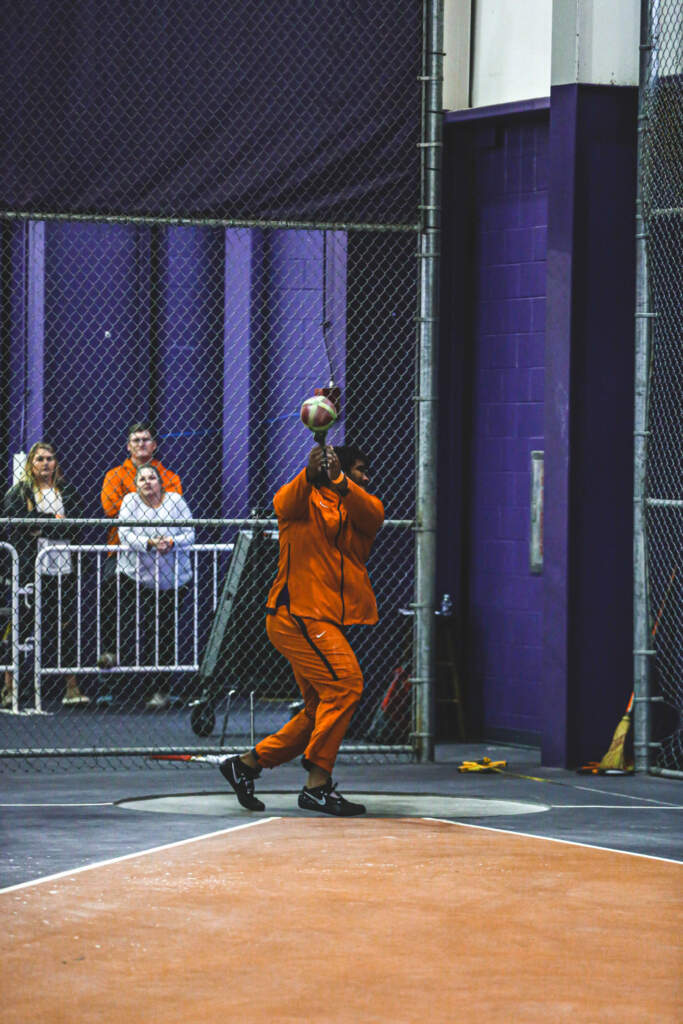 Zico Campbell has been a major contributor to the success of Clemson’s throws group over the past year. Campbell, a sophomore who specializes in the men’s shot put, was entered into the men’s weight throw this past weekend by Assistant Coach Shawn Cobey to test Campbell’s athletic range and potential.

Campbell is very new to the event, so much so that even after throwing attempts in warm-ups and having six throws in competition, he had still thrown the implement less than 30 times in his life. Despite the sophomore’s lack of experience in the event, Campbell competed well and earned a fourth-place finish with his mark of 14.69m (48-2.5). 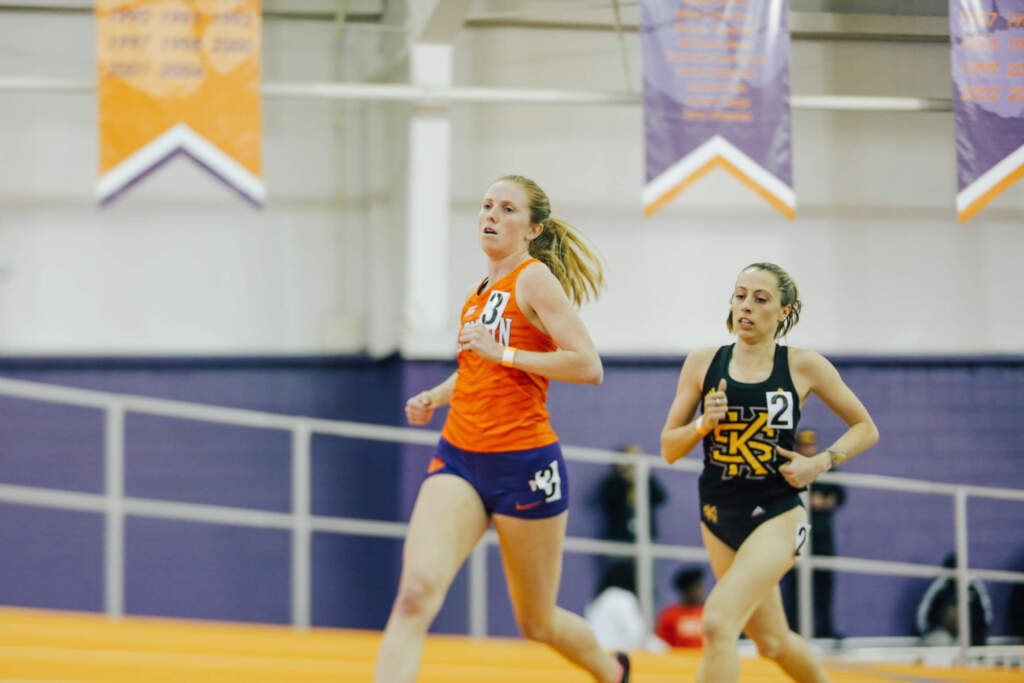 Mikie Harris had herself another outstanding meet at the Clemson Invitational, running a blistering time of 4:52.34 in the women’s mile. Harris was the top collegiate finisher in the race and became the second-best miler on the women’s side of the ACC through the early part of the season.

Harris, who opened her season at the Orange & Purple Elite on Jan. 11, is also the top Tiger for the women’s 3000m after running a time of 10:00.44. In that race, Harris was left to solo the final mile after dropping the other collegiate runners early on. While only a junior for the Tigers, Harris has been racing with a great amount of poise and composure through the early part of the season on her home track.