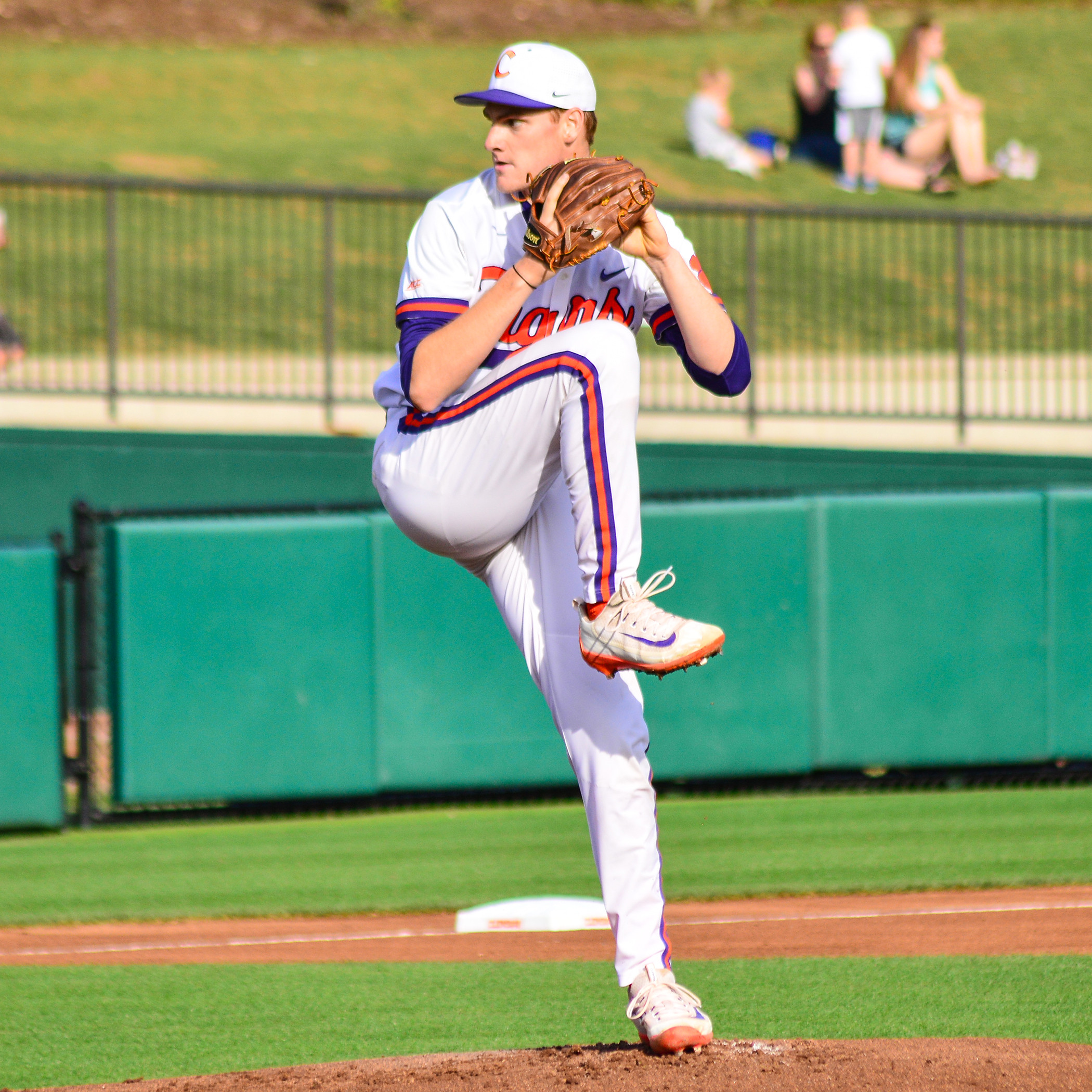 CLEMSON, S.C. – Gavin Sheets’ grand slam broke a 2-2 tie in the seventh inning and propelled No. 17 Wake Forest to an 8-3 win over No. 4 Clemson in the second game of a doubleheader at Doug Kingsmore Stadium on Saturday night.

In the fifth inning, Reed Rohlman, who earlier extended his hitting streak to 18 games, lined his third single of the game, then Logan Davidson crushed a two-run homer, his seventh long ball of the season, to give Clemson (33-8, 16-5 ACC) a 2-0 lead.

Wake Forest (29-13, 13-8 ACC) answered with an unearned run in the sixth inning after a leadoff error, then another costly Tiger error in the top of the seventh inning played a part in the Demon Deacons scoring six runs, highlighted by Sheets’ grand slam, his 15th long ball of the season. Chase Pinder belted a solo homer, his second of the doubleheader and season, in the bottom of the seventh inning.

Wake Forest starter Connor Johnstone (6-0) earned the win, as he surrendered seven hits, two runs and two walks with one strikeout in 6.0 innings pitched. Five Demon Deacon pitchers combined to allow 15 Tigers to reach base, but they only allowed three runs thanks to holding Clemson to 0-for-8 with runners in scoring position. Tiger starter Pat Krall (6-1) suffered the loss despite giving up just five hits, three runs (one earned) and one walk with five strikeouts in 6.1 innings pitched.

The Tigers, who won the series 2-1, host College of Charleston on Tuesday at 6:30 p.m., on ACC Network Extra. Tuesday is $1 Hot Dog Night. Fans can also buy one regular-price ticket and get one of equal value for free.