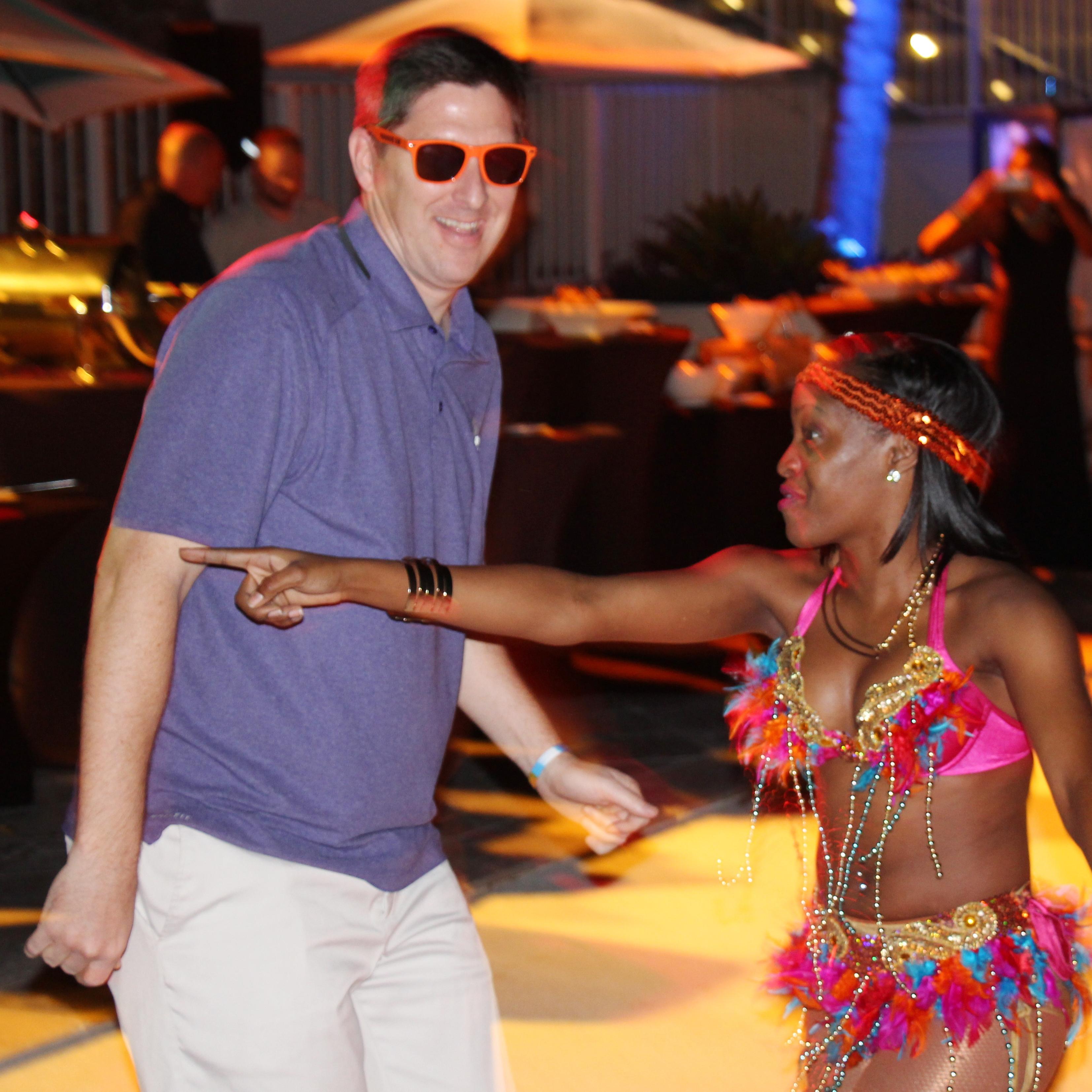 Thursday started with an 11 a.m. practice at Ivanna Eudora Kean High School, which had a pretty nice gymnasium in all honesty. We had students in uniform watching our guys warm up before leaving … presumably for class. It was a crisp practice, even as a heavy rain could be heard pelting the roof very loudly at one point.

Academics don’t stop just because you’re in a tropical destination! After lunch, the team spent much of the afternoon in study hall with academic advisor Leslie Moreland-Bishop, who’s been with the team since 2007.

Damarcus Harrison was one player who literally spent his entire afternoon in study hall, as he finalized a paper that was due. I caught up with Harrison afterwards in an unrelated interview, and he was pretty frank with his assessment of Monday’s loss to Winthrop.

“I think we’re going to be real good, still,” Harrison told me. “I think the guys now understand that we can’t take anything for granted. We’ve got to play hard and play smart, because we had a lot of bad turnovers (vs. Winthrop).”

We gathered again — staff, players and families — for a short welcome reception out by the main pool, where we took Christmas card pictures with goofy hats and orange Paradise Jam sunglasses. After a quality meal, we were treated to an exhibition by the Paradise Jam dance team, and they even invited Coach Brownell up to join them. He obliged and cut a rug for a few minutes. Everyone got a good laugh out of it. In the video above with our radio play-by-play voice Tony Castricone, he joked that dancing isn’t exactly his cup of tea.

The team gathered in our meeting room immediately after the reception and got down to business, checking out the scouting report on Gardner-Webb. The Runnin’ Bulldogs and Tigers square off tomorrow at 1:30 p.m. The network radio broadcast goes on air at 1:00 Eastern. Go Tigers!