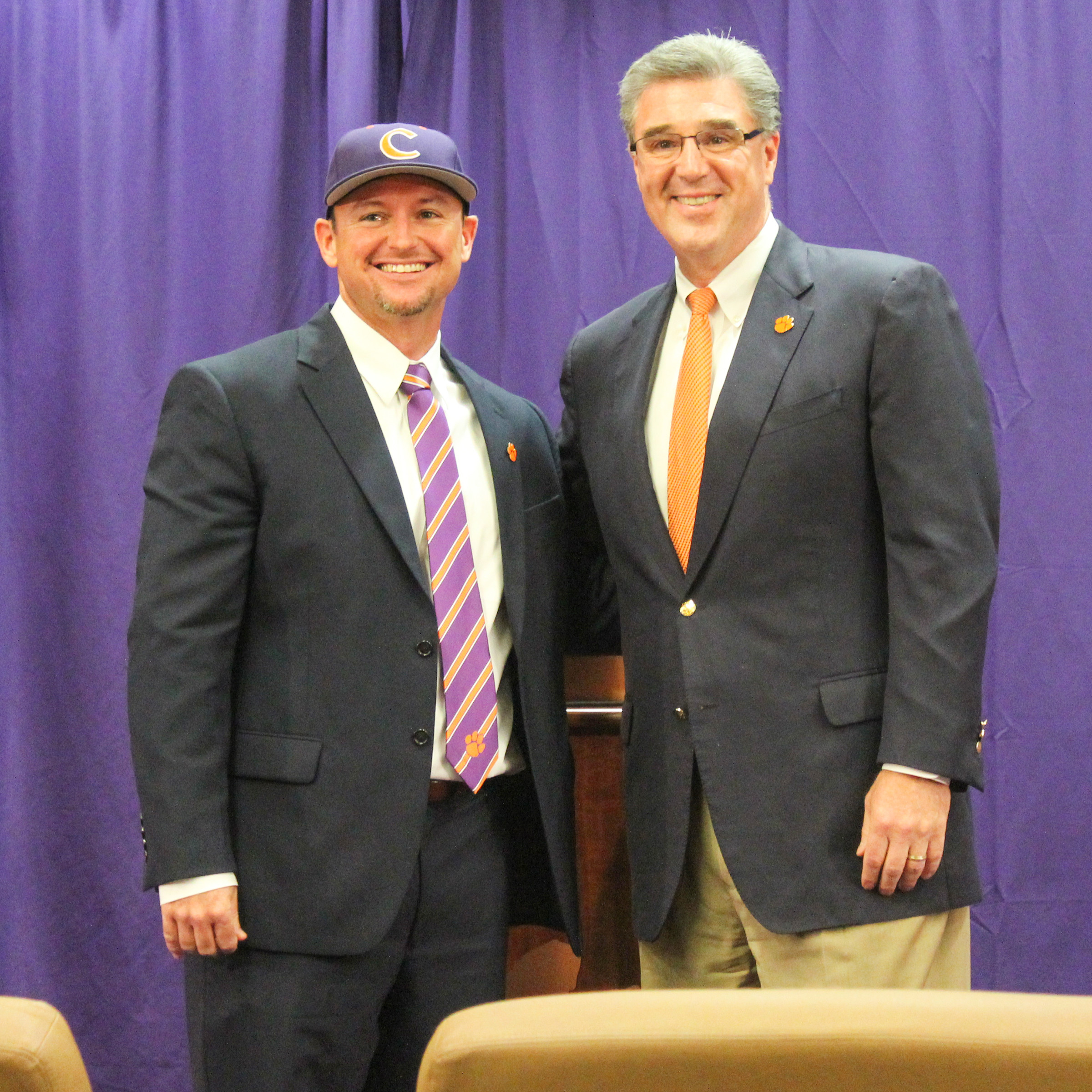 The Monte Lee era has begun!

The 38-year-old was introducted to the media and Tiger fans everythere during a press conference in the WestZone at Memorial Stadium. Director of athletics Dan Radakovich introduced the former College of Charleston head coach and player in front of dozes of media members, players and friends of the program.

A word that comes to mind is “passion” when describing the feeling one gets when hearing Lee speak. He spoke in depth about the passion for his players, current and former, and for the fanbase, and all that it will take for the program to experience success in the future.

After his introductory press conference, Lee made the short drive over to the McFadden Building to meet informally with players, fans and family members. Former players such as Kris Benson and Chris Carter joined a slew of current players who greeted Lee on his big day.

It was also a chance to meet Lee’s wonderful family, comprised of his wife, Eryn, and four daughters, Madie, Shelby, Blaire and Alexa. There’s no question Lee will fit right in to the #ClemsonFamily.