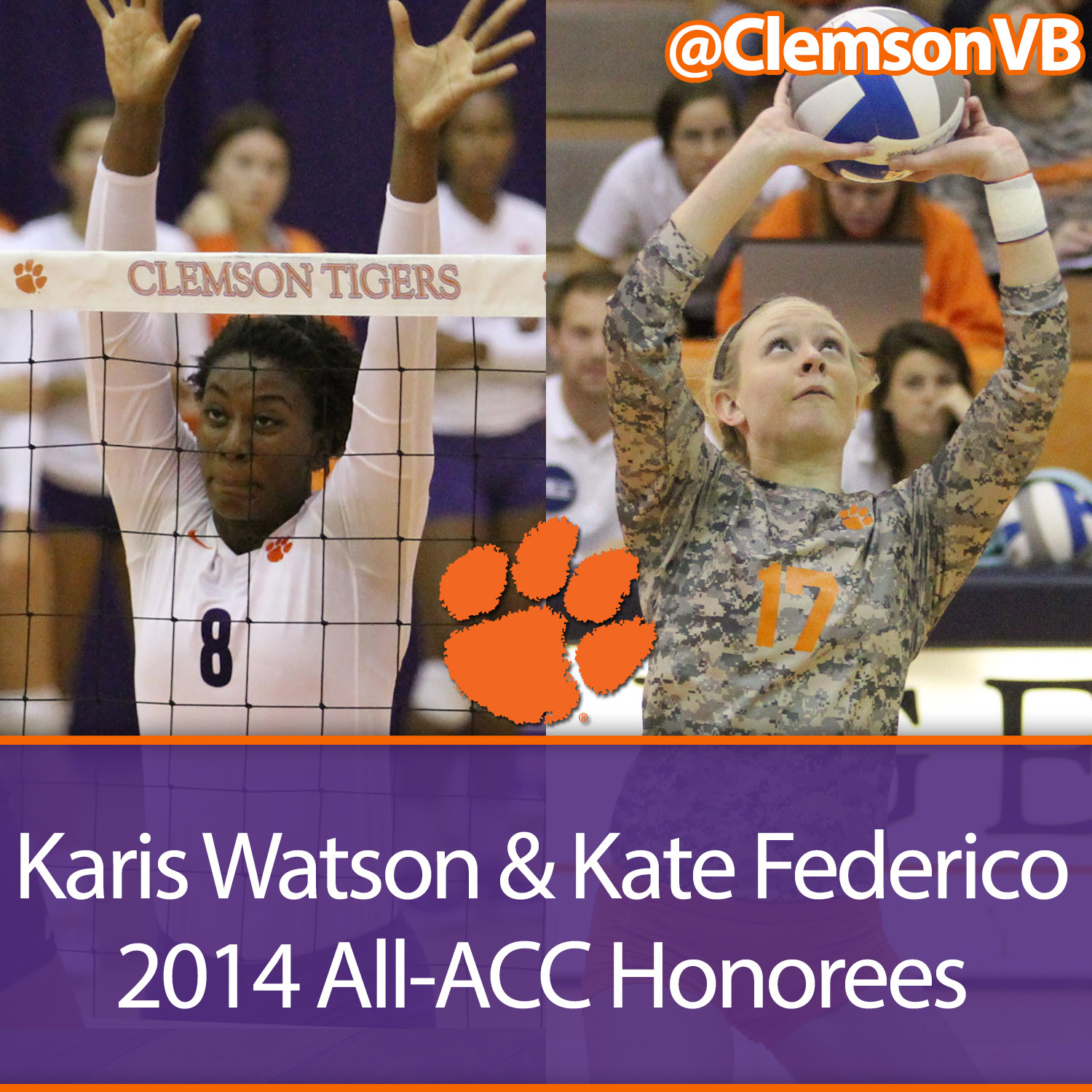 Watson leads the Atlantic Coast Conference and is tied for sixth in the nation with 174 total blocks in 2014. Her blocks per set figure of 1.46 ranks second in the ACC and 11th nationally. Her blocking numbers in 2014 put the middle blocker in seventh place in Clemson history in single-season blocks and blocks per set average. The Rock Hill native also posted 236 kills and a team-best .323 hitting percentage this season. She posted a career-high 10 blocks twice, against Furman and Virginia Tech in 2014, and was named to the Big Orange Bash All-Tournament Team.

Federico finished the season with 1,171 assists, an average of 9.84 per set. The native of Plainfield, Ill. ranks second in Clemson history in terms of assists in a single season by a freshman, surpassing current Tiger assistant coach Kelsey Murphy Saberhagen’s total of 1,116 set in 2006. Federico recorded a career-high 56 assists in the Tigers’ win over Tennessee State on Sept. 13. She also led the team in services aces with 35, ranked second in digs with 315, and posted 14 double-doubles on the season. She was named MVP of the Clemson Classic and earned ACC Rookie of the Week honors once during the season.

Watson is Clemson’s 45th All-ACC selection under Jolene Jordan Hoover, and Federico is the 20th player named to the All-ACC Freshman Team under the Tiger head coach, who is in her 22nd season at the helm of the program. The Tigers concluded the season last week with an 18-14 overall record (6-12 ACC). The 2014 team recorded the 800th win in Clemson history when the Tigers defeated Notre Dame on Oct. 17, becoming only the sixth ACC volleyball program to reach the milestone.