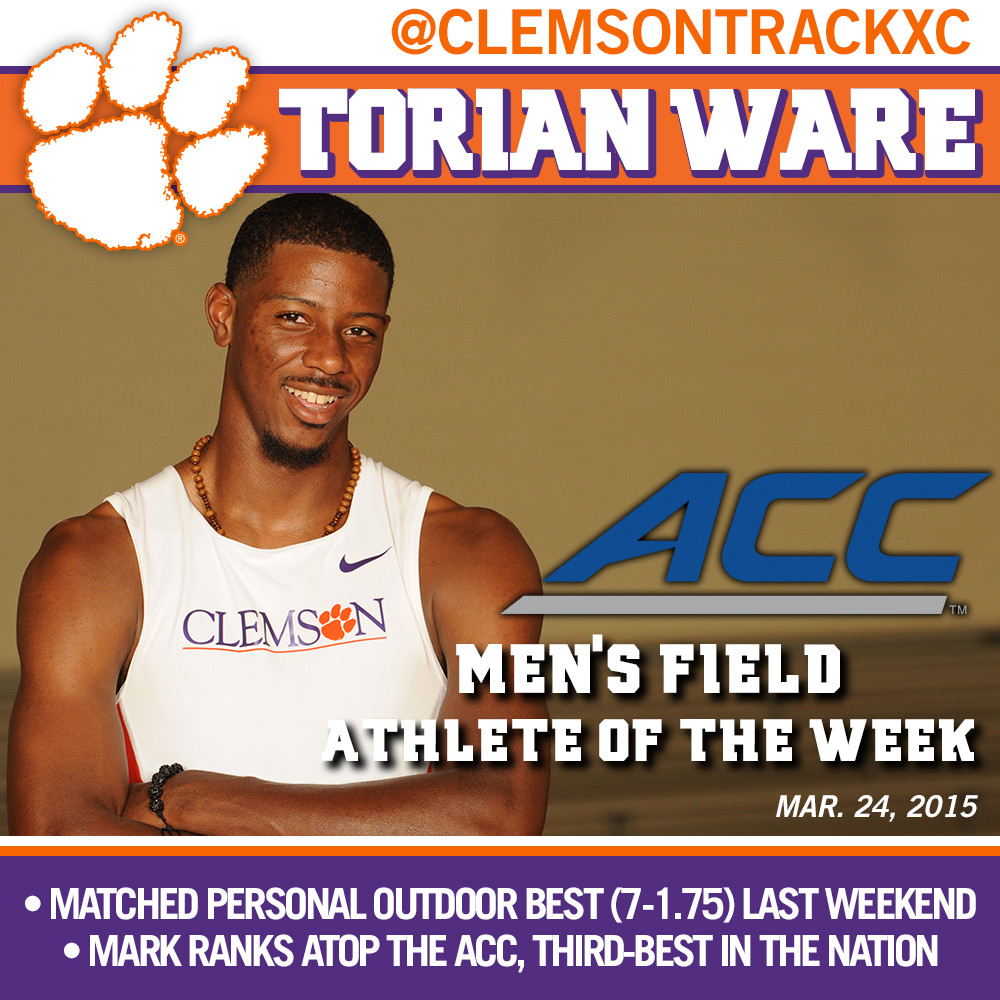 CLEMSON, S.C. — Torian Ware has been named the Atlantic Coast Conference Men’s Field Athlete of the Week, the league office announced Tuesday. The honor, Ware’s first of the season, comes after the senior won the high jump on the opening weekend of outdoor season at the Shamrock Invitational.

Ware cleared the bar at 7-1.75 to match his personal outdoor best, easily out-performing the competition in the seeded section of the men’s high jump. His mark ranks atop the ACC performance chart and is third-best in the nation as well.

Ware is scheduled to compete at Texas Relays this weekend.