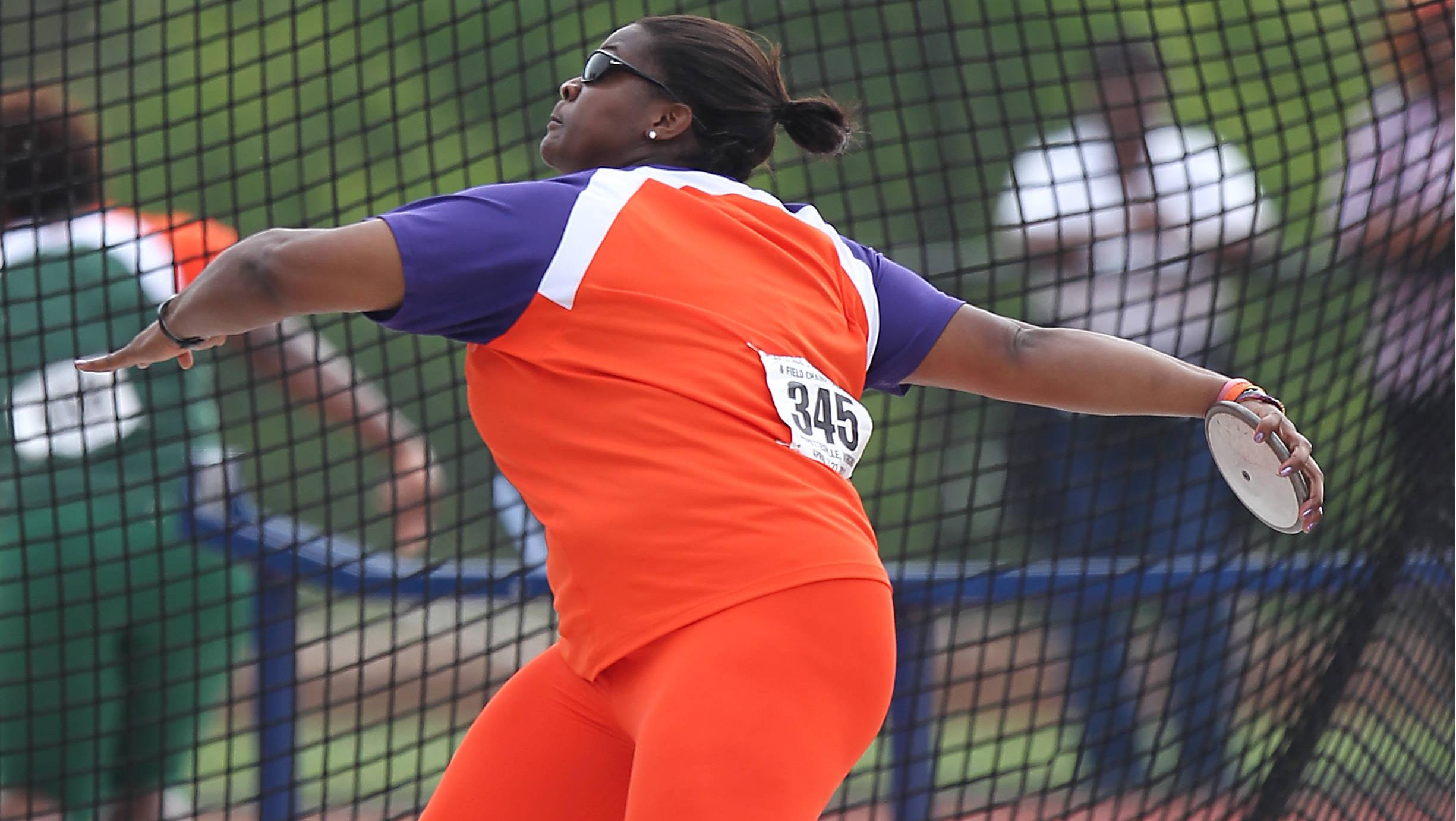 CLEMSON, SC – Brittney Waller won the hammer throw on Friday to highlight the first day of action for Clemson track & field at the third annual Bob Pollock Invitational. The meet, held at Rock Norman Track, is Clemson’s final home meet of the season.

Waller connected on a throw of 177’1″ on her fourth attempt, her first of the final round. It was enough to secure the victory. The senior will compete in her final event in a Clemson facility on Saturday at 12:30 PM in the discus throw.

Clemson had three runner-up finishes in the distance events in the early evening. Jack Andritsch, a freshman from Indiana, took second place in the men’s 3000 steeplechase on Friday. He produced a time of 9:35.92. Natalie Anthony was second in the women’s 1500 meters with a time of 4:30.70, while Ty McCormack was second in the men’s race in 3:53.30. In a competitive 800 meters, Aaron Ramirez placed third with a 1:50.42.

In the men’s javelin, newcomer Merritt Gantt produced a personal best Friday. He took fourth place with a throw of 172’2″, a personal best. Fesser and Ava Bell also competed, with Ava taking fourth in the women’s hammer at 147’7″ and Fesser placing seventh in the men’s event (163’9″).

The Tigers return to action Saturday morning to close out the Bob Pollock Invitational. Clemson will recognize Waller and 14 other members of the men’s and women’s senior class at approximately 10:15 AM, immediately following the prelims for the annual elementary relays.