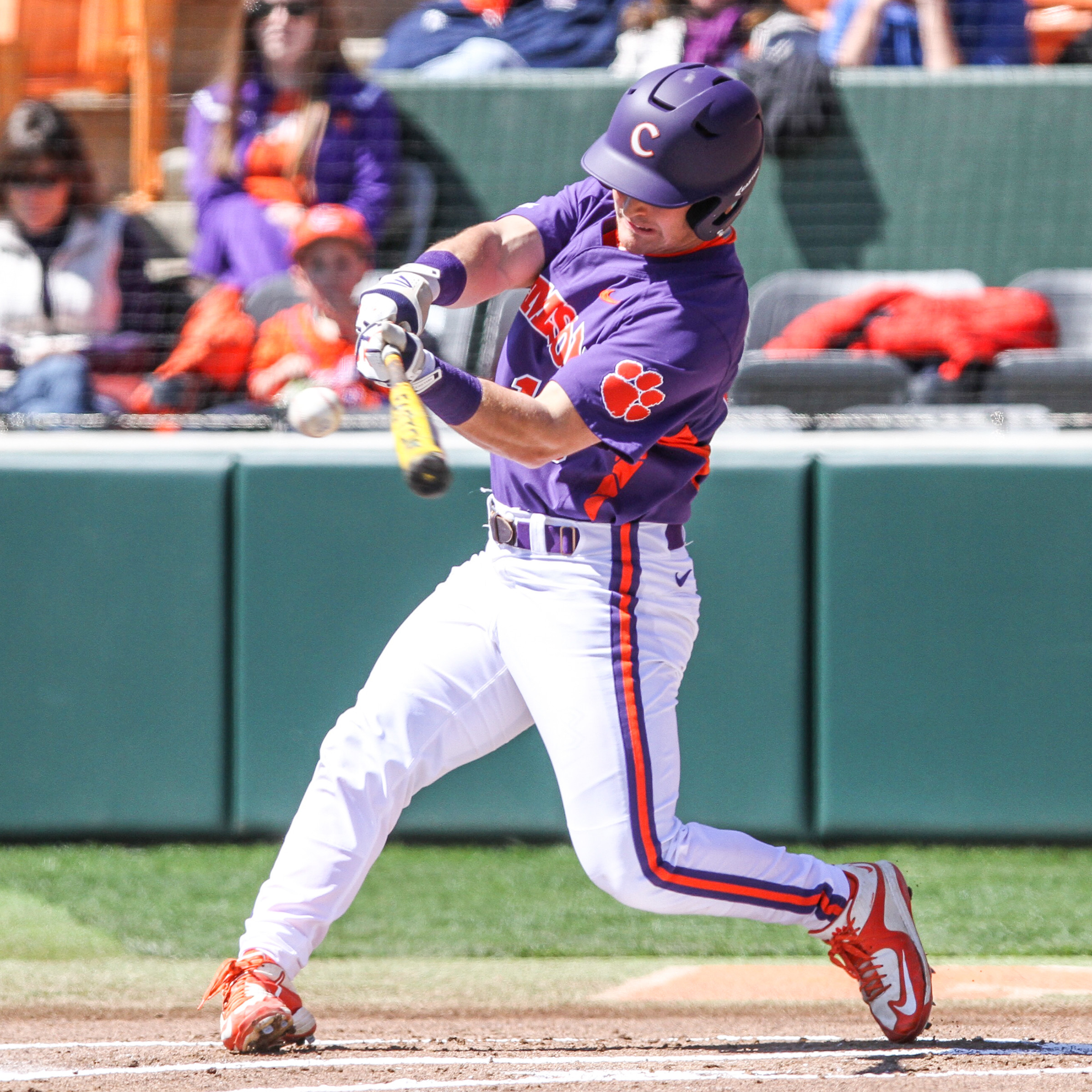 CLEMSON, S.C. – Wake Forest scored four runs in the third inning and two runs in the fourth inning to pull away for a 7-3 victory over Clemson at Doug Kingsmore Stadium on Saturday afternoon. The Demon Deacons, who took a 2-0 lead in the series, improved to 19-10 overall and 6-5 in the ACC. The Tigers fell to 12-13 overall and 4-7 in ACC play.

Tyler Slaton hit the first pitch in the bottom of the first inning over the fence in right field for a home run, but Wake Forest capitalized on a costly one-out error in the third inning to score four runs. Nate Mondou’s two-out, two-run double in the fourth inning gave Wake Forest a 6-1 lead. Steven Duggar belted a solo homer for the Tigers, but it was not enough.

“We had ourselves a good ballgame, and then in third and fourth, it was a two-inning span just like we had last night,” said Head Coach Jack Leggett. “They’re a good hitting team. They swing bats in their whole lineup, from top to bottom, about as good as we’ve faced all year.”

Starter Will Craig (1-1), who went 3-for-5 with a homer and two RBIs at the plate, earned the win by allowing just four hits, one run and one walk with five strikeouts in 6.0 innings pitched. Parker Dunshee pitched the final 3.0 innings to record his second save of the year. Tiger starter Brody Koerner (3-3) suffered the loss.

The series concludes Sunday at 1 p.m. on ESPN3. Fans can purchase two reserved adult and two reserved youth tickets for only $20. It is also Sunday Funday, with family-friendly activities during the game and throughout Doug Kingsmore Stadium.