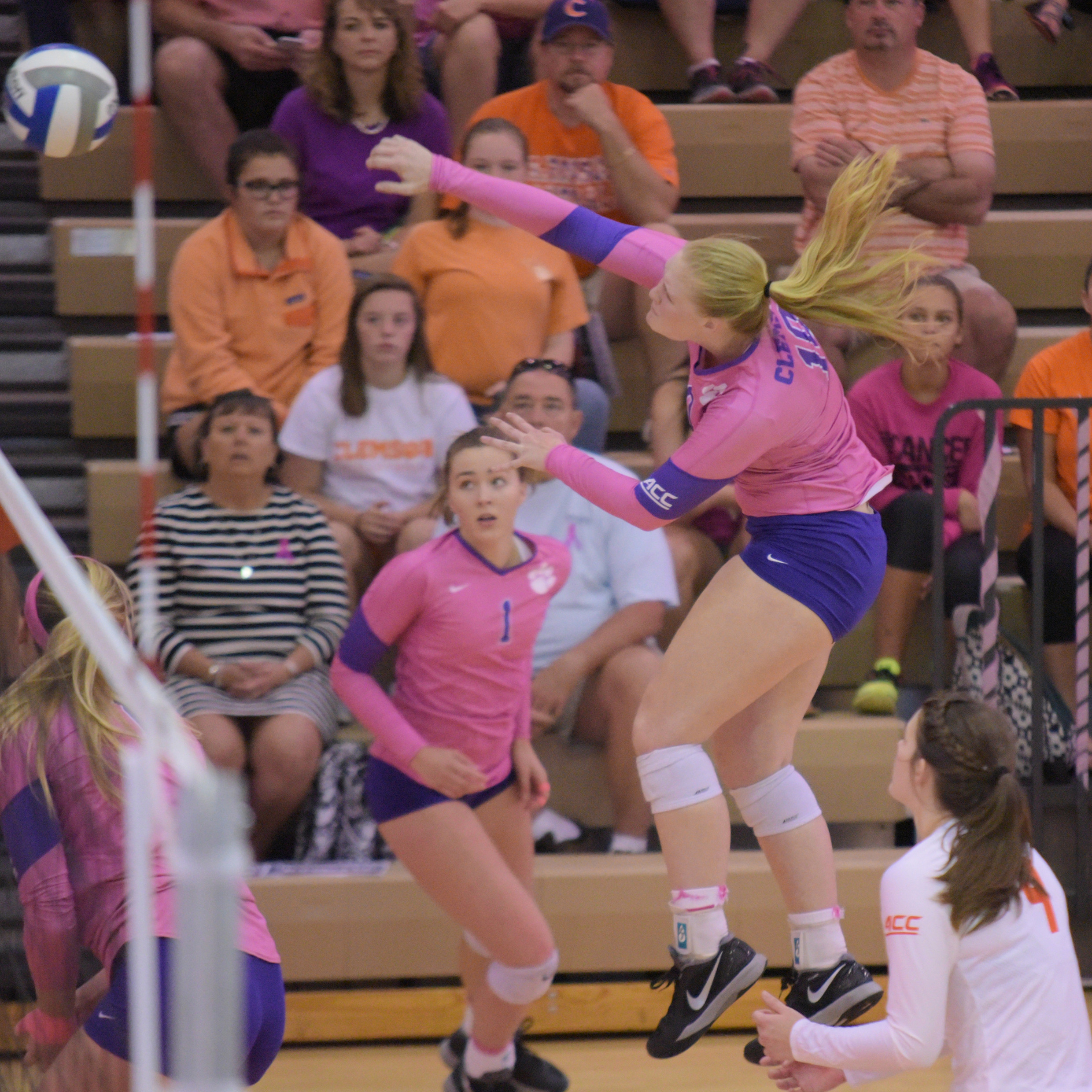 “It’s tough to find words after a loss like this, but we always try to look at the positive and what we can learn from it,” said head coach Hugh Hernesman. “Getting off to a fast start was great for us and something we’ve talked about getting better at. Unfortunately, I think human nature creeps in and we got a little too comfortable. I thought Wake Forest came out and made some good adjustments, keeping the offensive pressure on us with their pin tempo and were more aggressive from the service line.”

“Ultimately, I’m proud of how we competed with Annie (Carter) being out due to injury. We had to be creative, really, yesterday in our practice to account for her injury and some of the things that Wake Forest does offensively. I thought those adjustments made a positive impact on the match and those aren’t easy to do without a lot of time to rehearse and practice. We once again put ourselves in a position to win the match and win sets and this young team will learn from it and get better as the season progresses and in the future.”

Clemson hit .348 over the course of the first two sets thanks to Perri, Megan McGinley and Tori Woogk, who each finished with impressive offensive lines. Perri hit .233 in the match with 13 kills, 10 digs and a block. Woogk enjoyed the best match of her collegiate career, killing 10 balls on 19 swings with just two errors finishing with a .421 hitting percentage. The effort marks the first time Woogk finished a collegiate match with 10 kills or more. McGinley supplied efficient support out of the middle, hitting .400 with eight kills to complement her four blocks. Kailey Harvell matched McGinley with eight kills and earned two blocks of her own.

Together, Keely Hayes and Taylor Daniel contributed 19 and 18 assists respectively with Hayes adding three kills, seven digs and four blocks to her line. Jaden Light gave Wake Forest trouble in the middle killing three balls and denying the Demon Deacons on seven of their attempts. Freshman, Emily Curtis finished with her second career 20-plus dig performance at libero.

Clemson has a quick turnaround this week as the Tigers head to Atlanta, Georgia for a 7:00 p.m., contest with Georgia Tech on Wednesday, October 26. The Yellow Jackets defeated Clemson earlier this season, however it was the Tigers who came out on top the last time these two teams met in O’Keefe Gymnasium.