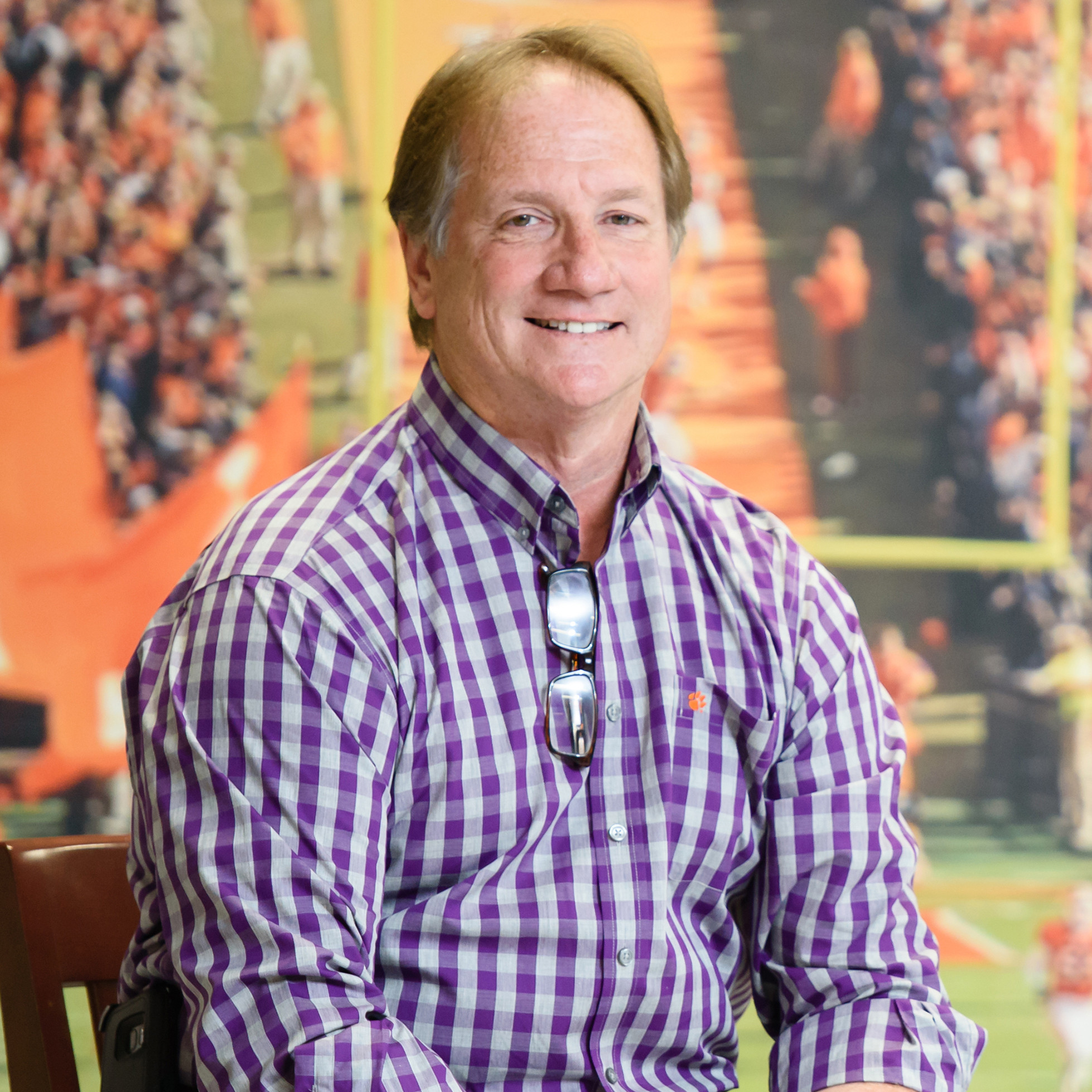 Wade took over as Clemson’s strength training director in late January 1985. There had been an investigation into the death of track athlete Stijn Jaspers that revealed his use of a prescription drug that was obtained illegally from Wade’s predecessor.

Ted Koppel’s highly-rated Nightline show on ABC requested to talk to Wade just a few days after he started his new job.

What a first week on the job.

Wade did the interview from his new office in the basement of Jervey Athletic Center and represented his new school and profession with distinction.

Wade was the perfect person to help put Clemson’s strength training reputation back on track.

“Gary had worked for Boyd Epley at Nebraska, then for the Detroit Lions,” said former Clemson athletic director Bobby Robinson. “Epley was one of the most respected people in the business. Nebraska was the leader in strength training in that time.”

Wade worked for Epley from 1976-79 as a student and graduate student. He earned an undergraduate degree in education and a graduate degree in exercise philosophy. He became one of the founding members of the National Strength & Conditioning Association (NSCA).

In 1980 at the age of 24, he became the Detroit Lions’ first strength & conditioning coach. During his five seasons in the NFL, the Lions went to the playoffs twice and won the NFC Central Division in 1983. He received much credit for the Lions’ immediate improvement, as head coach Monte Clark took pride in Wade’s work and results on the field.

Then in 1985, he accepted the position at Clemson. Wade immediately put to use the knowledge he had gathered in his previous two stops.

“I was an assistant football coach under coach (Danny) Ford at the time, and I actually picked up Gary at the airport when he came for his interview,” said Bill D’Andrea. “We hit it off right from the beginning. He had an engaging personality and you could tell he really cared about the student-athletes.”

When you talk to D’Andrea and Robinson about Wade, they mention his work ethic and how times have changed in the last 30 years.

“When Gary started, the weight room for all the sports was in the basement of Jervey Athletic Center,” said D’Andrea. “I went down there one day in the summer and he was knocking out a wall…by himself. He was enlarging the place himself. These were simpler times, but harder times in that Gary didn’t have any full-time assistants, just graduate and student assistants.”

“Gary was always looking for ways to make the weightroom better,” said Robinson, who started as athletic director just two months after Wade started as strength training director. “He was always coming to me with ideas to make the room bigger, or to get the best equipment.

“What a worker, and he could do anything. He used to build the cabinets for the weights and in the offices.”

Wade served as head strength coach at Clemson for 12 years. We aren’t talking just football, but all the sports. But the majority of his time was spent with Clemson’s highest-profile sport, and it didn’t take long for Ford, D’Andrea and the rest of the staff to see the results.

In his second year, Clemson finished the season 8-2-2, won the ACC title, won the Gator Bowl and ranked in the top 20 in the final polls. In 1987, the team went 10-2, winning the ACC again and this time the Citrus Bowl, finishing ranked in the top 15 in three national polls.

The following year, the Tigers won the ACC championship for the third year in a row, going 10-2 and repeating as Citrus Bowl champions. The team finished ranked as high as No. 8 in the nation. The 1989 team was 10-2 as well. In all, Clemson went 97-42-3 with Wade as head strength coach, including four ACC titles and 10 bowl appearances, six of those wins.

Clemson won national acclaim by winning five straight bowl games from 1986-90. One of the reasons was the superior physical condition the team was in. Wade used to bring weights with him in his own truck for bowl practice.

“I remember coming back from Florida before Christmas in 1989 with all those weights in the back of his truck,” said Sam Blackman, then and still an assistant athletic communications director at Clemson. “I was riding with him and we had a blowout. The truck was moving towards the edge of the road that had no guardrail. If Gary hadn’t been so strong, I think we would have been crushed by those weights. But he got the truck straightened out.”

Other former assistants who went on to be head strength coaches include Joel St. Cyr, Scott Bennett. Al Caronia, Jeff Fish, John Marcotte, J.T. Allaire and Todd Wright, who went on to work for many years with Rick Barnes with the Texas basketball program.

In 1997, Wade moved into athletic facilities, where he leads an army of workers who have been so important in Clemson’s constant expansion the last 20 years, especially in recent years. In 2010, he was honored by the Clemson Lettermen’s Association at the Clemson Sons Bowl for his contributions to Tiger athletics.

“When I was athletic director, and I know in the years since, he was so important in the growth of our facilities,” said Robinson. “He has saved the athletic department so much money over the years by getting things done himself and with his staff. We thought about hiring a moving company when we upgraded the suites at Memorial Stadium, but he said his staff could do it.

“He is a tireless worker who has done so much for this athletic department for over 30 years.” 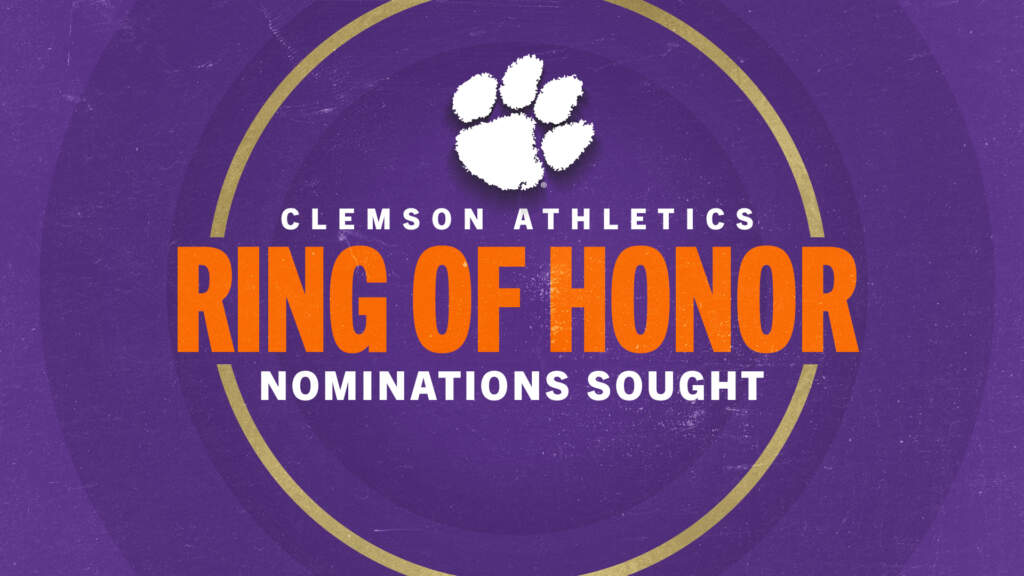