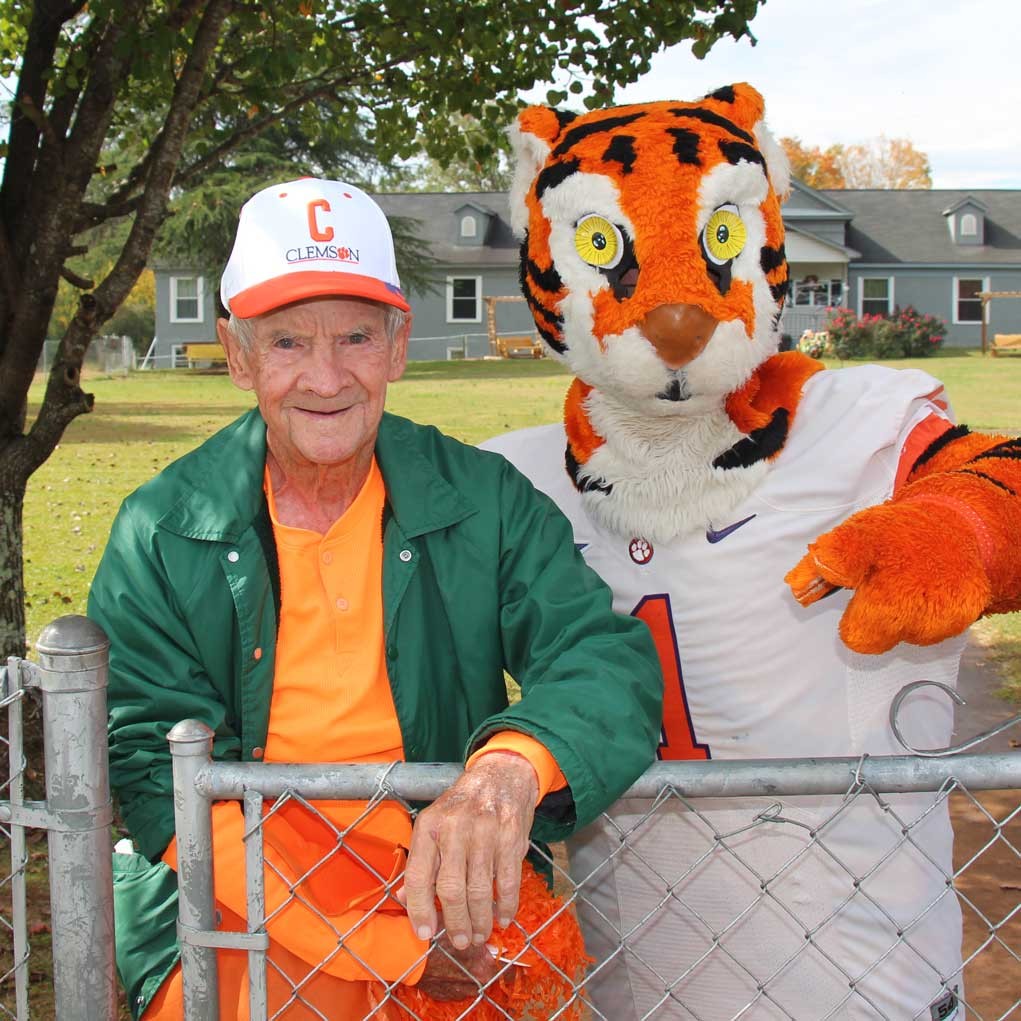 Rusty’s post was shared by 1,958 other people including dozens who forwarded it to members of the Clemson Athletic department.

And Rusty’s idea was so great, we just did exactly what he suggested—gathered up some gear and had the Tiger bring it to the famous roadside Clemson fan in Six Mile, S.C.

His name is W.T. Wooten. And he is a wonderful man with an exuberant spirit. When asked how old he was, he answered with a wry grin, “nearly 100.”

Wooten gave a nice chuckle when he first spotted his special visitor, the Tiger.  He received his gifts then posed for a photo and politely requested from the Six Mile Retirement Home staff that he “get a copy.”

Why does Wooten stand by the road and wave his orange pom-poms? “I just love the Tigers. …I like everybody from Clemson.”

He now has a new Clemson hat, t-shirt, sweatshirt and polo to add to his wardrobe and a fresh set of pom-poms to shake as cars drive by him on Main Street and honk their horns.

Thank you to Rusty Elrod and all the other Clemson fans who shared W.T.’s story. It didn’t go unnoticed, not by a long shot.

And now if you’re ever driving through Six Mile, keep an eye out for the “nearly 100”-year-old Tiger fan on the side of the road waving his orange pom-poms and offering a kind, gentle smile.

And if you’re so inclined, honk twice. W.T. likes that.

Special thanks to Mike Money, Lydia Orf and Tori Palmer for providing the gift package and arranging the Tiger’s visit.