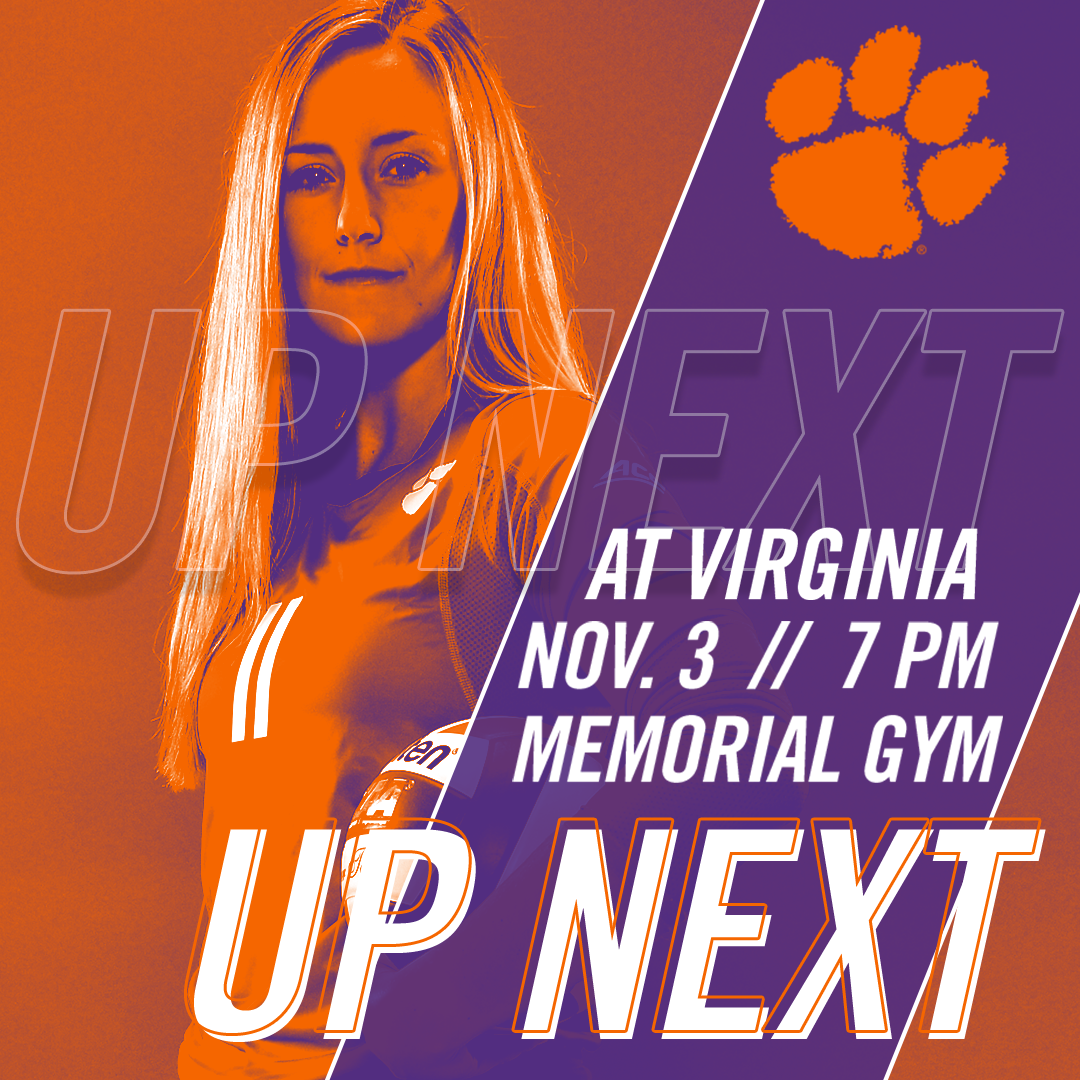 CLEMSON, S.C. – The Clemson volleyball team is set to travel to Virginia and Virginia Tech for a pair of ACC matches on Friday and Sunday, respectively. Friday’s contest against the Cavaliers is scheduled for 7 p.m., while Sunday’s match against the Hokies is slated for 1 p.m. Both matches will stream on ACC Network.

Clemson (7-17, 2-10 ACC) enters the weekend after picking up its second ACC victory in a sweep over Wake Forest (25-23, 25-21, 25-18) Friday in Jervey Gym. The Tigers held the Demon Deacons to a .044 hitting percentage for the match, the lowest mark by a Clemson opponent this season. The Tigers were led by junior outside hitter Kailey Harvell, who tallied 10 kills, and senior setter Keely Hayes, who dimed 27 assists in the the three-set victory. Clemson fell 3-0 (12-25, 20-25, 21-25) to Duke in Jervey Gym Sunday. The Tigers were out-hit by the Blue Devils .315 to .185. Clemson was led by sophomore outside hitter Kaylin Korte who grabbed 10 kills and seven digs.

Virginia Tech (8-15, 2-10 ACC) enters this weekend on a three-match skid with losses to Duke, Syracuse and Boston College. The Hokies are led by junior rightside hitter Jaila Tolbert and freshman outside hitter Ester Talamazzi. Tolbert is averaging 3.07 kills per set while hitting .324 against ACC opponents, while Talamazzi is averaging 3.04 kills per set against ACC foes. The Tigers lead the all-time series 17-11. In Blacksburg, Va., Clemson is 4-8 all-time against VT.