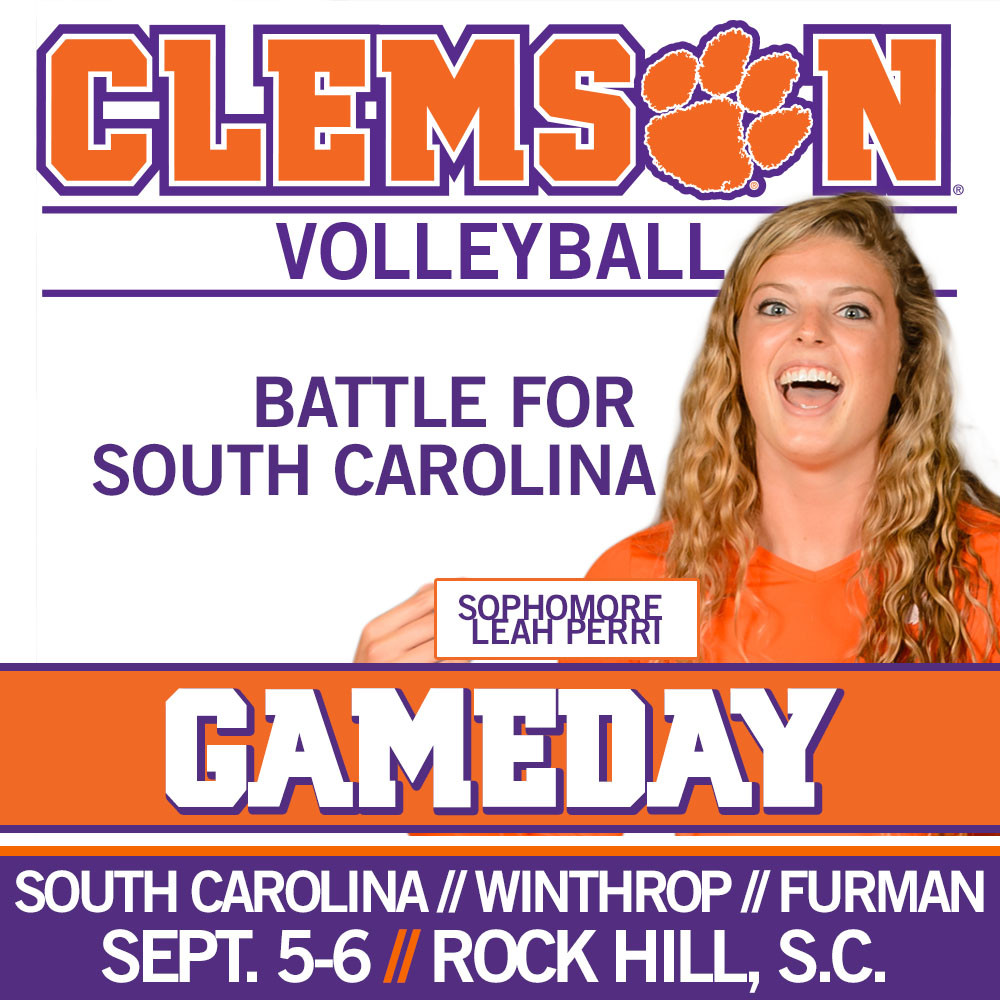 Volleyball Travels to Rock Hill for Battle of South Carolina

CLEMSON, S.C. – The Clemson volleyball team takes its first road trip of the 2014 season to Rock Hill, S.C. this weekend for the Battle of South Carolina hosted by Winthrop. The Tigers open the tournament versus in-state rival South Carolina on Friday, Sept. 5 at 4 p.m. The team faces Winthrop and Furman on Saturday, Sept. 6 at 12:30 p.m. and 4:30 p.m., respectively.

Fans can follow @ClemsonVB on Twitter for periodic match and trip updates throughout the weekend. Links to live stats and live video (for the Clemson vs. Winthrop match) are available on WinthropEagles.com.

The Tigers are 4-0 on the season after defeating USC Upstate, UNC Asheville, Austin Peay and Troy in the Big Orange Bash last weekend. Kristin Faust was named MVP after tallying 63 kills on the weekend and breaking her career record of 18 kills (vs. FSU Oct. 5, 2013) when she knocked down 22 in the match vs. USC Upstate. Karis Watson and Leah Perri were also named to the All-Tournament team.

Clemson faced all three of the teams in this year’s Battle of South Carolina, last season in the Big Orange Bash. The Tigers defeated the Gamecocks in five in 2013, and have a 23-25 record in the overall series. Clemson defeated Winthrop (3-1) and Furman (3-1) in the matchups last season. The Tigers lead the Eagles (24-13) and the Paladins (37-2) in the overall series.

NOTES, AROUND THE ACC: 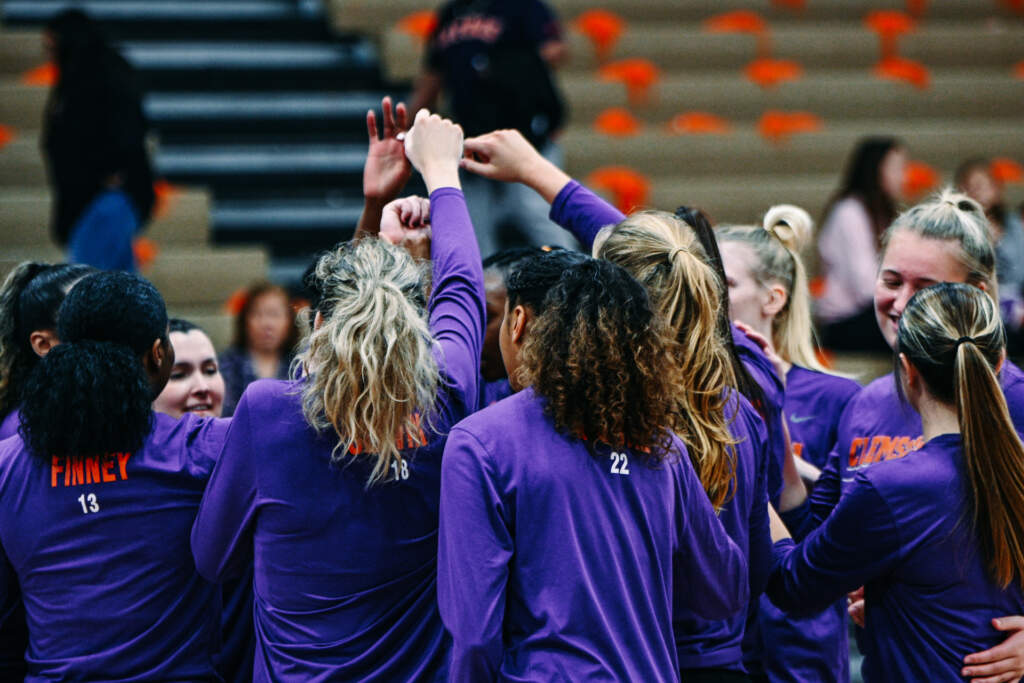 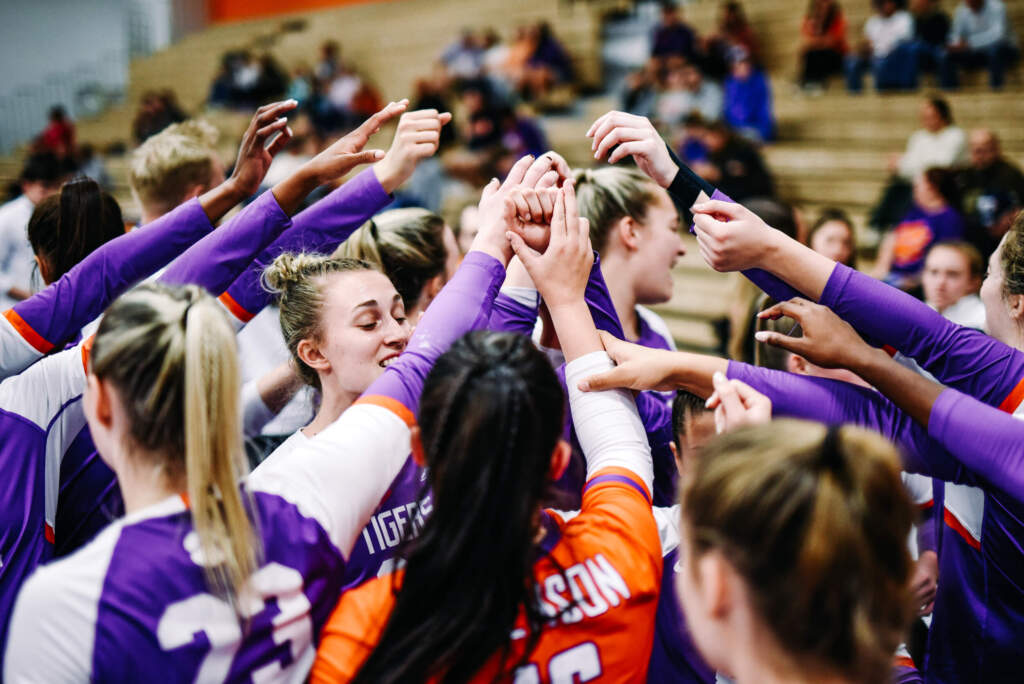 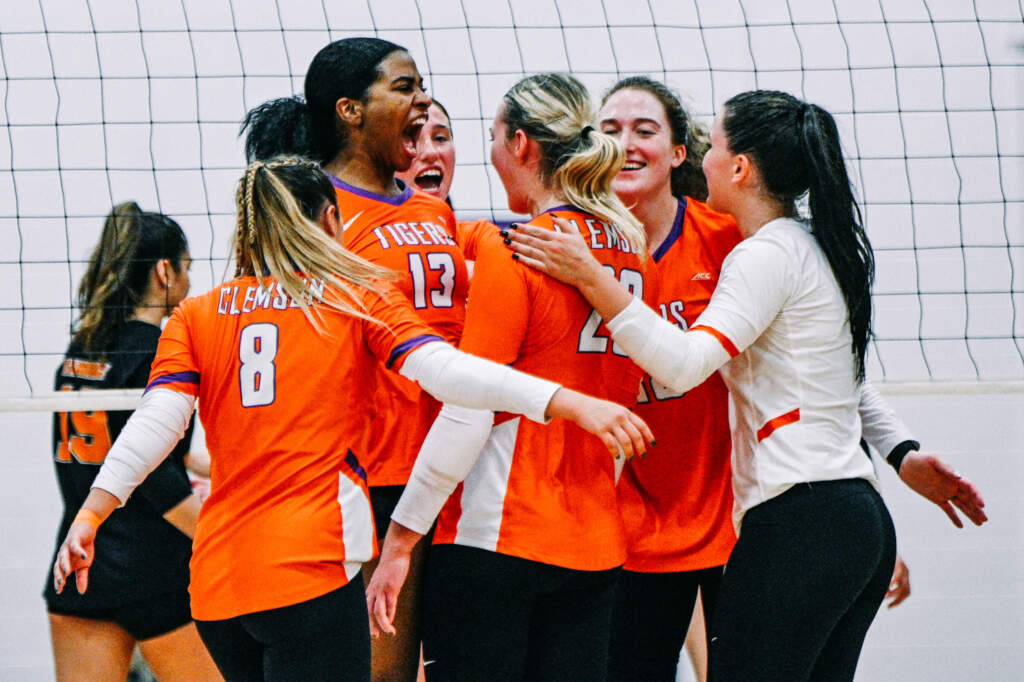 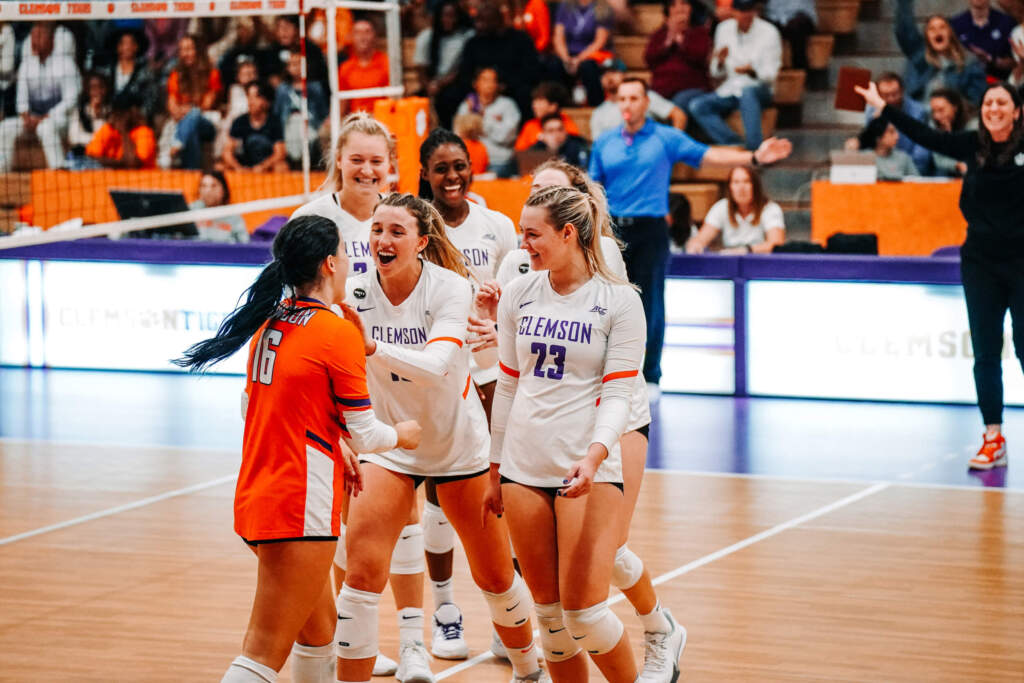